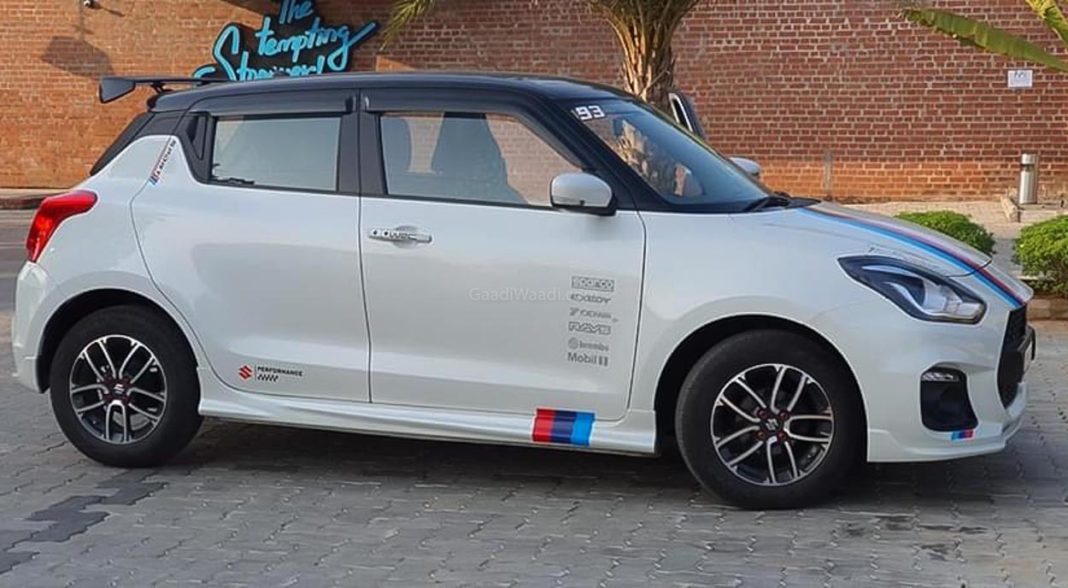 Maruti Suzuki’s Swift is not only popular for its compact and sporty nature in an affordable price range but its suppleness for modification has been one of its main traits. Over the years, we have shown several tastefully customised versions of the Swift hatchback. The latest generation arrived in early 2018 did grab the attention of the young enthusiasts and it has been highly sought after for customisation ever since.

KitUp Automotive, based out of Coimbatore, has been a well-known aftermarket modifier and it has come up with a new bodykit for the Swift. The owner, who posted the pictures on Facebook, told that the overall kit costed around Rs. 1 lakh. The custom firm has used the BMW M division for inspiration, on the sticker front, as the notorious triple coloured stripes can be clearly seen.

The stripes that bode well with the white body colour can be found on the bonnet running till the edge of the front grille and it can also be noted below the fog lamp cluster and on the side profile. The bodykit up front, rear and the sides enhance the overall stance of the Swift as it gives a slightly lowered down look. The A-, B- and C-pillars are painted in black with Suzuki lettering written along the A-pillar. 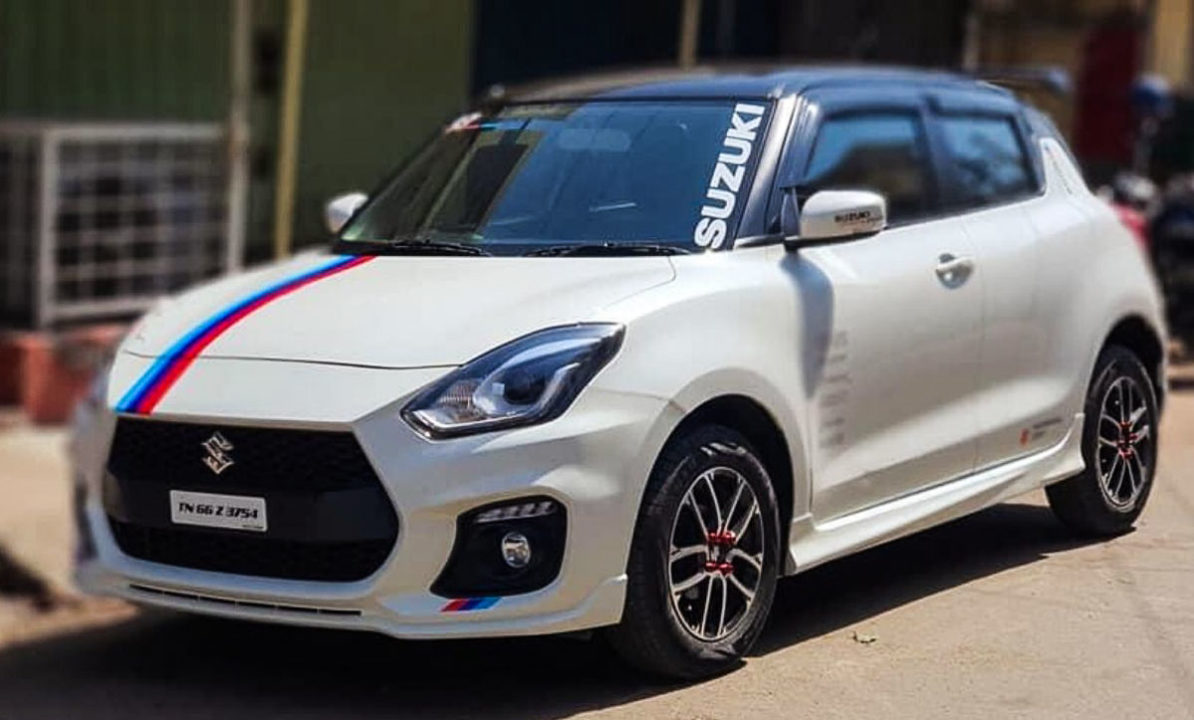 No other changes have been made except for red bolt highlights on the alloy wheels while the front doors just behind the wheel arches have multiple stickers of different brands. The rear doors have Suzuki performance decals as well.

In India, the Swift is sold with a 1.2-litre BSVI compliant petrol engine developing a maximum power output of 82 bhp and 113 Nm of peak torque. The hatchback rivalling against the likes of Hyundai Grand i10 Nios is priced between Rs. 5.19 lakh and Rs. 8.02 lakh (ex-showroom). 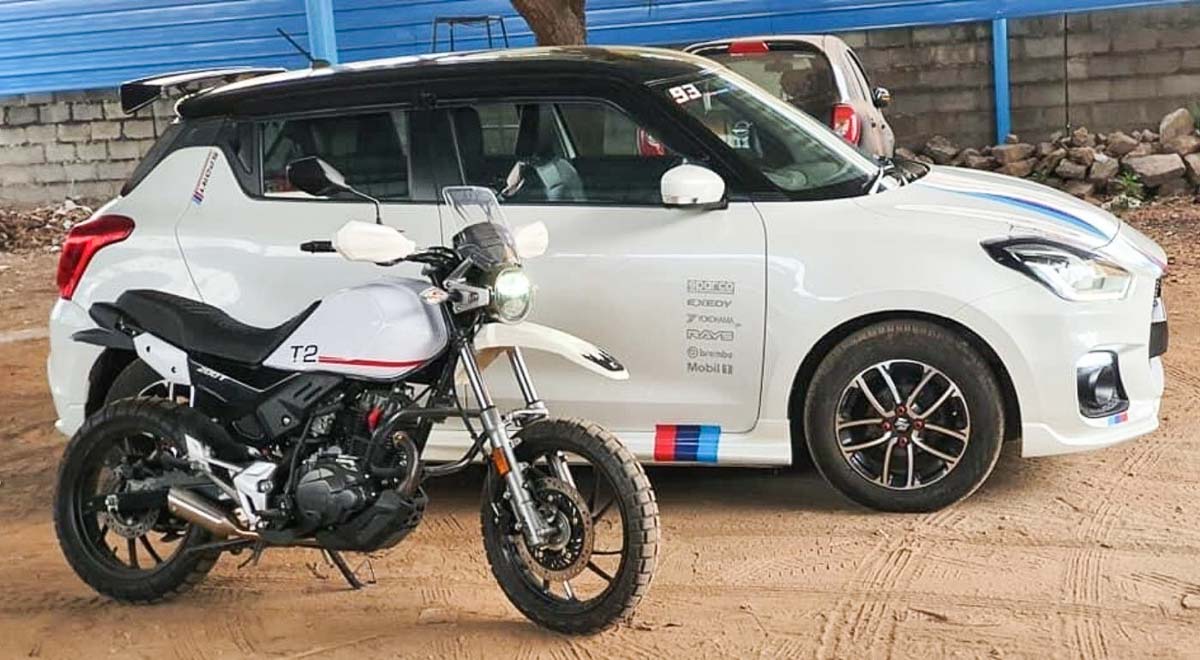 At the 2020 Auto Expo, Maruti Suzuki displayed the JDM-spec hybrid variant of the Swift and it received plenty of attention. Only a few days ago, the Swift gained a facelift in Japan with minor changes and it could make its way into India in the near future.