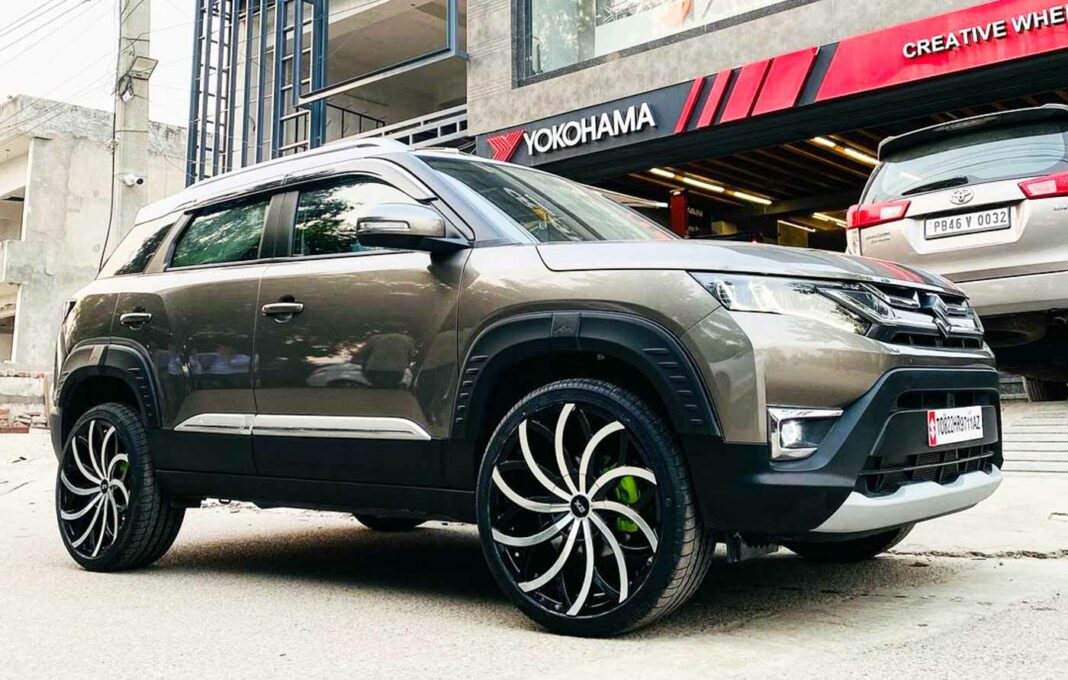 The new Maruti Brezza challenges the rivals like the Hyundai Venue, Kia Sonet, Tata Nexon, etc and is offered with a 1.5L petrol engine

Its been a while since Maruti Suzuki launched the new Brezza in the Indian market and ever since, this new compact SUV is giving stiff competition to its rivals with its feature-rich and VFM package. We have already seen many modified versions of the new Maruti Brezza and here is one such new modified Maruti Brezza that sports new 20-inch alloy wheels and other accessories that are worth checking out.

For starters, this new Brezza gets 20-inch multi-spoke concave wheels with a dual-tone finish and low-profile tyres. The alloy wheels have been retro-fitted by Punjab-based Creative Wheelz and give this SUV a strong stance.

In addition to this, we can also see other accessories like new fog lamp trim elements, side beadings, and more. In all, the accessories do uplift the character of the new Brezza by a fair margin. While the large alloy wheels and low-profile tyres look great, they do affect the suspension reliability and the ride quality by a fair margin. 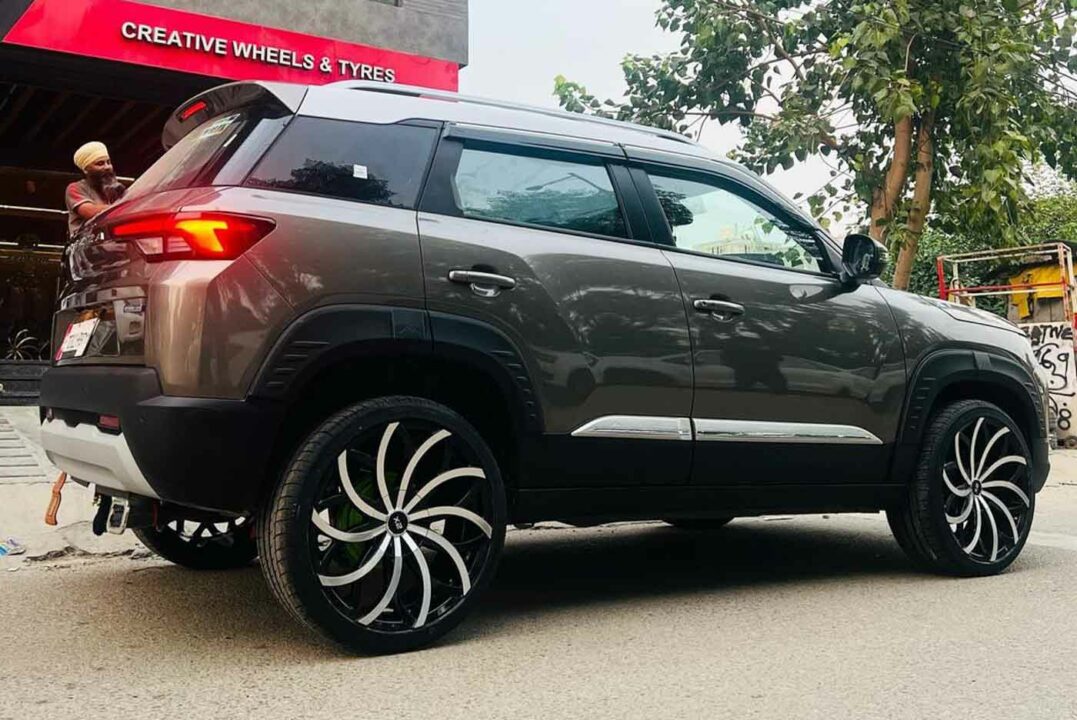 The tyres are also prone to damage and you should definitely avoid using such wheels if you hit the highways very often. The mechanical warranty of the car also stands void if you use such wheels on your car. Moreover, these wheels also reduce the fuel economy of the car by a few units.

The Maruti Brezza is priced from Rs 7.99 lakh (ex-showroom, Delhi) and is offered in four trim options – LXi, VXi, ZXi, and ZXi+. The compact SUV is powered by a 1.5L K15C petrol engine that churns out a peak power output of 102 bhp while the maximum torque stands at 137 Nm. 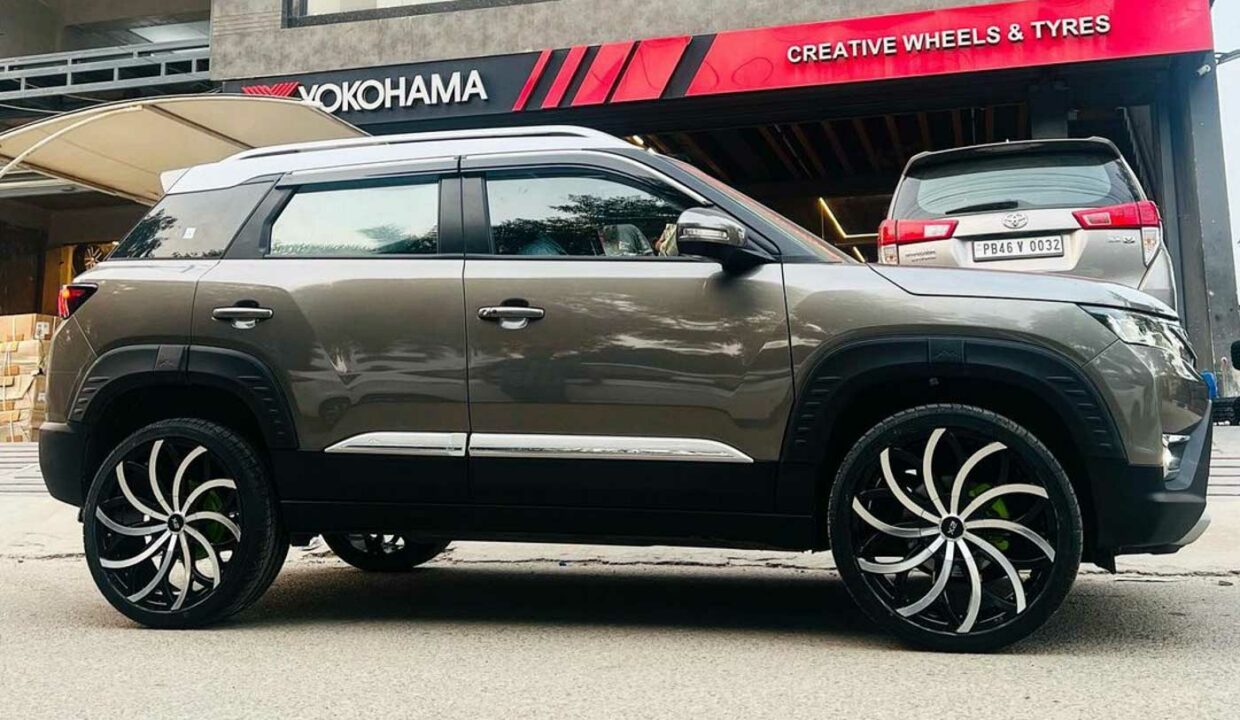 This engine can be had either with a 5-speed manual gearbox or with a 6-speed automatic gearbox. The rated fuel economy of the Maruti Suzuki Brezza stands at 20.15 kmpl for the manual variants. Unlike the Sonet, Venue, Nexon, and the XUV300, the Brezza is only offered with petrol engine options.