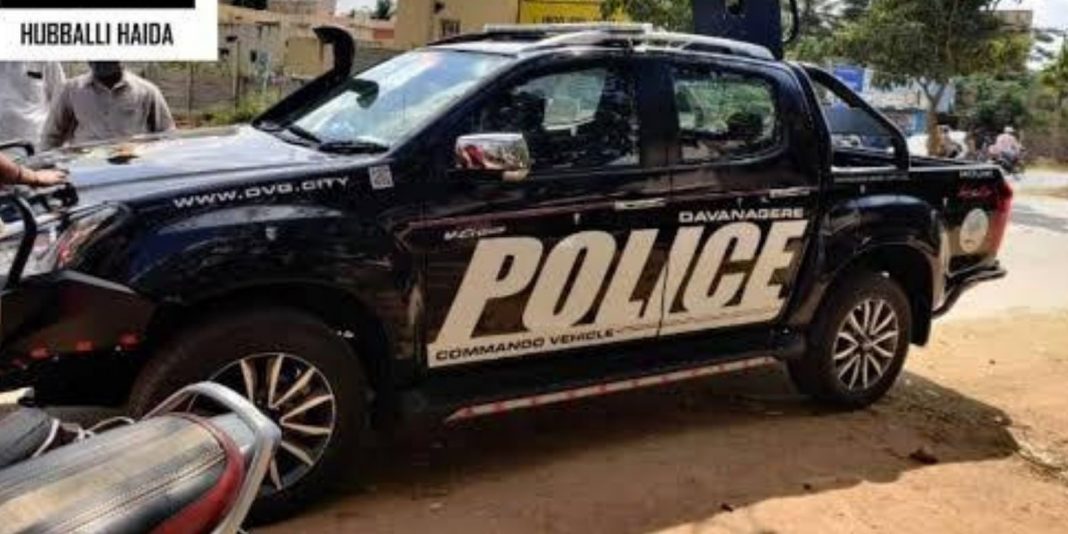 We don’t often see government departments coming up with modifications of cars they use that turn heads in India. However, the Karnataka state government appear to have a different perspective on things and they have received a mixed reaction online as bull bars and snorkels and other modifications are deemed illegal in India.

The images you see here show customised Isuzu D-Max V-Cross pickup trucks. Called the “Commando Vehicle”, the modified pickups are part of a project initiated by Davangere Police and the custom job is done by Bengaluru-based Blue Garage. In the latest Facebook post from the modifier, a picture of two custom D-Max V-Cross units for the police department was posted with the caption: “The Black monsters in-house.. special builds in progress”.

We found more images of the modified Isuzu D-Max V-Cross online in black colour at perhaps the start of this project as the trio was decorated in stock form. The project appears to be a work-in-progress but you could readily see a bold white font for POLICE and COMMANDO VEHICLE was written below. 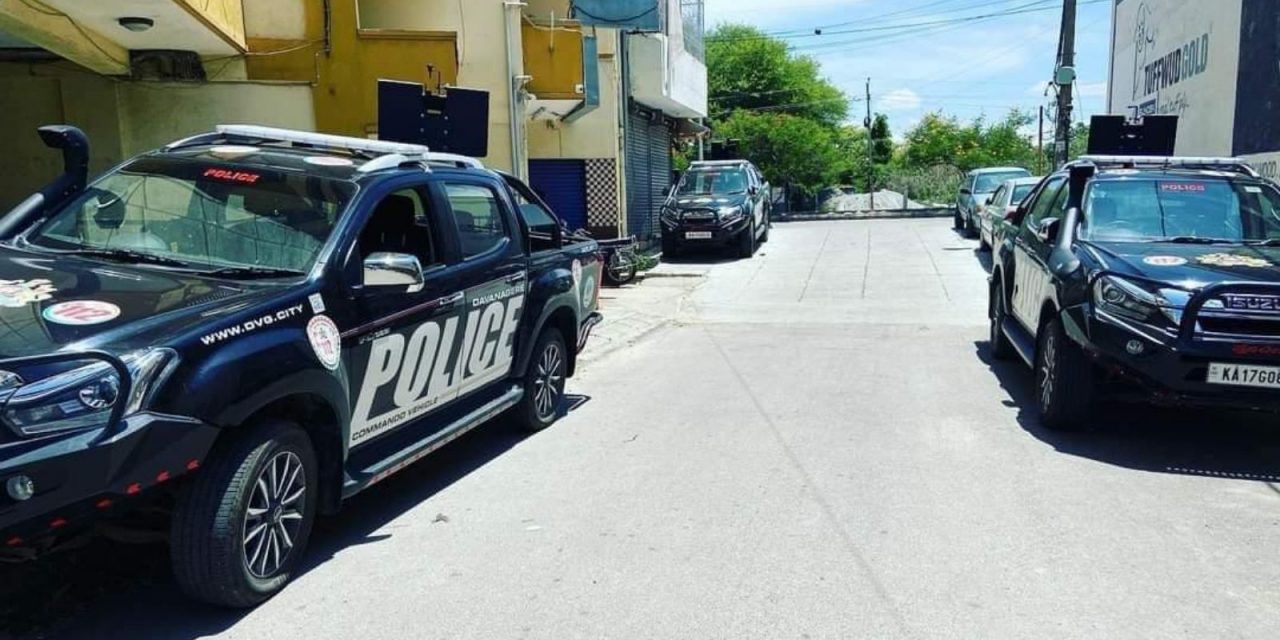 It seems to belong to Davangere police guarding the city which is at the centre of Karnataka, and the seventh-largest city in the southern state. In another image, the yet-to-be-finished custom police pickup is equipped with a modified front bumper, specific stickers on bonnet and windshield, bull bars and snorkel, stock 18-inch alloy wheels while more protection specific accessories including gun mounts could also come up.

Only last month, the Japanese manufacturer introduced the BSVI-compliant D-Max V-Cross and Hi-Lander in the domestic market, priced between Rs. 16.98 lakh and Rs. 24.49 lakh (ex-showroom). The 2021 Isuzu D-Max V-Cross is powered by a 1.9-litre four-cylinder diesel engine churning out a maximum power output of 161 bhp and 360 Nm of peak torque. 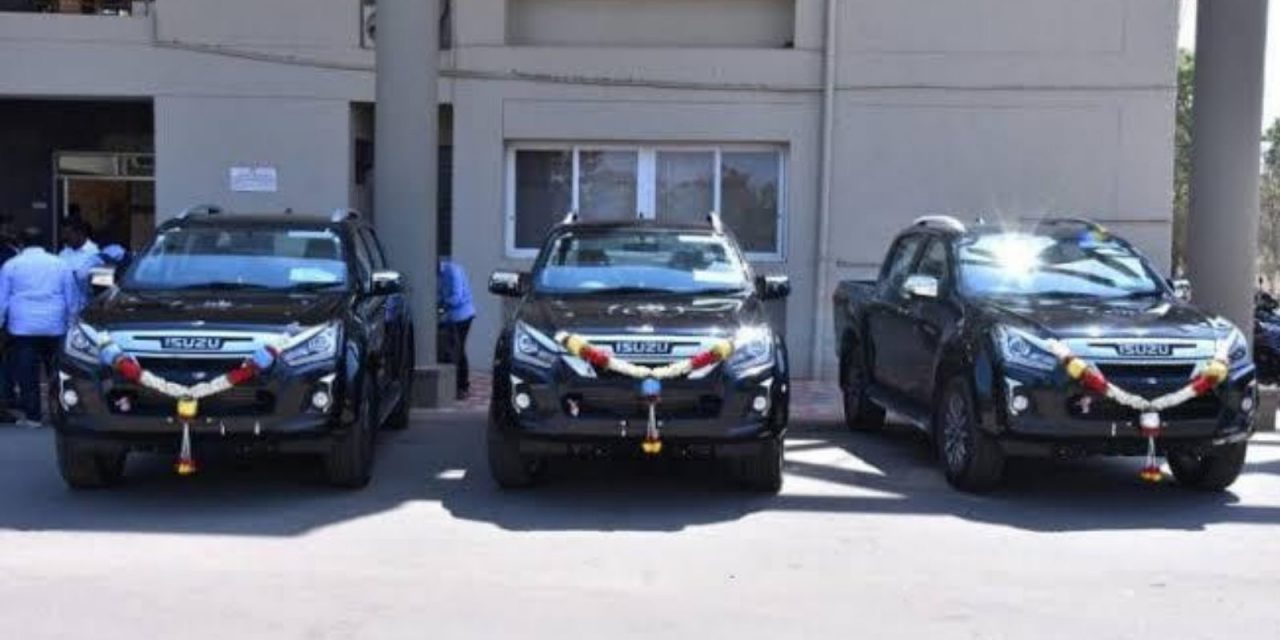 We don’t expect any performance modifications to the Davangere police bound custom 4×4 model. The powertrain is linked with a six-speed automatic transmission and a shift-on-fly four-wheel-drive system is offered only in the high-end trim. Some of the key features are bi-LED projector headlights, seven-inch touchscreen infotainment, six-way adjustable front seats, automatic climate control, six airbags, ESC, HDC and HSA.