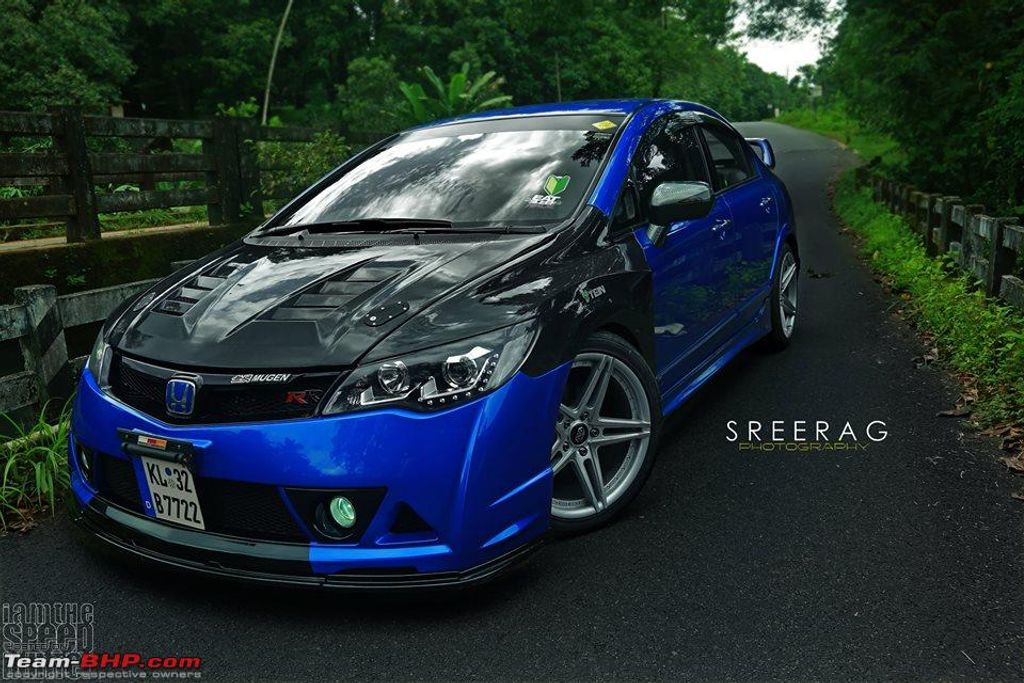 In Kerala, lots of people buy second hand Civic and modify it to unlock the true potential. Here is one such mod you could gaze all day

Honda discontinued Civic in India due to its poor sales but it was not a failure in its six-year run like some other premium sedans, as people loved it for its design. The Civic was so popular among custom people as the model can be tuned the way you like as the design and engine have lot more potential to explore.

Especially in Kerala, lots of people buy second hand Civic and modify it to unlock the true potential, and here is one such Civic from Kochi. The changes start with new front bumper with skirts and this reduces ground clearance of Civic but it improves sporty look of the sedan. The projector fog lamps are placed in a slightly different position compared to stock model.

The headlamp design continues to be same but stock bulb has been replaced by HID lamps, along with LED DRLs integrated into it. The Honda logo on front grille gets blue colour and the hood has scoops finished in black colour. This customized Civic comes with bigger alloy wheels with low profile tyres.

The disc brakes are finished in red colour to continue the sporty theme, along with side skirts. The rear gets aftermarket spoiler, new LED tail lamps and F1 tail light inspired unit on the middle of the bumper. The owner replaced stock bumper with a new sporty one, and it comes with dual exhaust tuned for sporty sound. 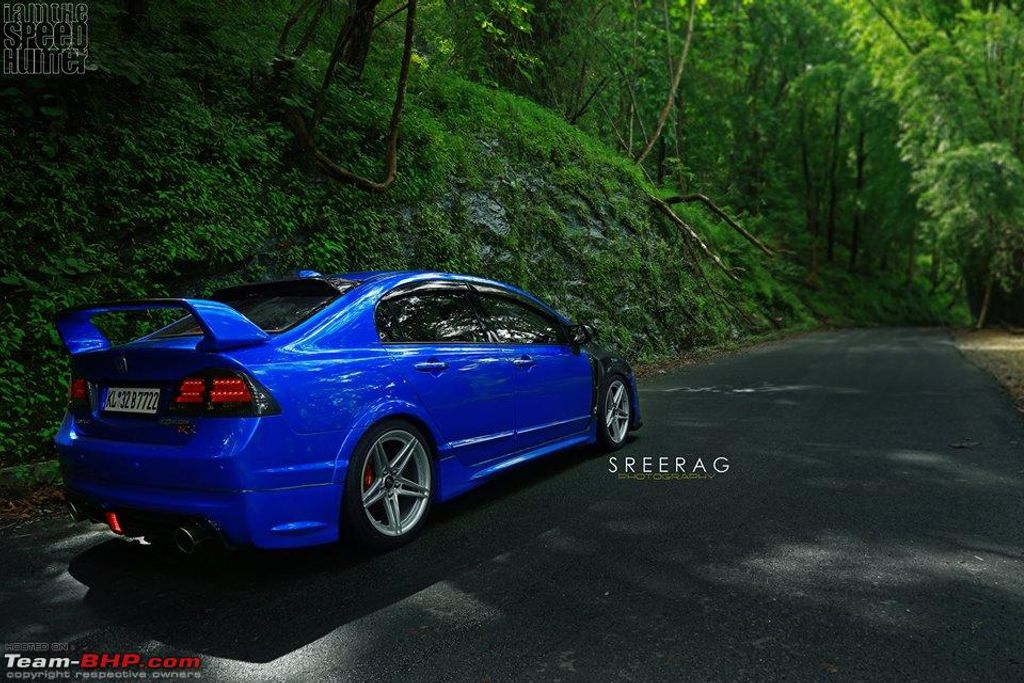 The exterior of Civic is finished in new blue colour with black finish for OVRMs. The interior also gets some changes like new leather seats and mats along with an upgraded music system. In stock form, the 1.8 L i-VTEC engine produced 132 PS of power at 6,300 rpm and 172 Nm of torque at 4,300 rpm. The Civic came with manual and automatic transmission.

There might be some modifications on engine for better performance and stock suspension has been replaced by a new sporty one. Honda is planning to launch new generation Civic in India and it will likely come with both petrol and diesel engines, along with long features list to attract more buyers.