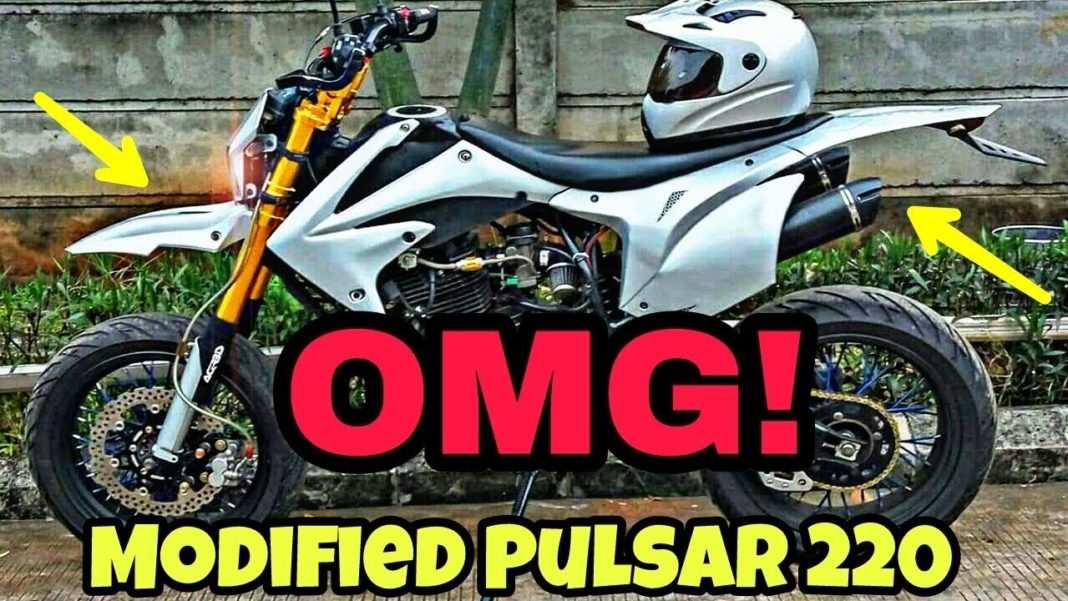 To make this spectacular machine, a regular Bajaj Pulsar 220 was taken and given the exterior enhancements, which include stripping down some of the unwanted bits

Bajaj Auto’s Pulsar can be credited with kicking off the entry-level sporty motorcycle war in the Indian market and the range still sees steady volume sales flow every month. With competitive price tag, the Pulsar motorcycles across different capacities have uniqueness of their own.

With good mileage proposition, they kindle the sporty riding fantasies with peppy powertrains and moreover they do not shy away from entering ludicrous levels of customisation. The Pulsar’s popularity does not just exist in India but in several foreign markets as well.

Here we have a modified Pulsar from Indonesia that is nothing short of spectacular as it is a pure off-roader born out of Supermoto roots. To make this spectacular machine, a regular Bajaj Pulsar 220 was taken and given the exterior enhancements, which include stripping down some of the unwanted bits.

The frame has indeed been given a modification to fit the Supermoto off-road profile but the power unit remains just the same. The customised elements include a new raised handlebar, sleeker new tank and single-piece seat. Some of the outer parts are specially designed to go well with the overall profile. It is almost unrecognisable unless you observe it that it is a modified Pulsar 220 courtesy of Agung Kustian. The suspension units are taken from Kawasaki KLX 150 dirt bike and the forks get gold painted. Even the bash plate design is inspired by the authentic Honda CRF250R.

The spoke wheels and rims from KLX 150 make it a special motorcycle indeed rather than just a fancy mod job. The tyres fitted on the Supermoto Pulsar 220 are road legal as well while the dual exhaust system brings an aggressive and purpose-built stance.

With ventilated disc brakes at front and rear, it is yet unsure whether any performance modifications have been made on the engine front. The standard Bajaj Pulsar 220 uses a single-cylinder DTS-I engine that produces 21.1 PS and 18.6 Nm of peak torque and is mated to a five-speed gearbox.