With speculation surrounding the design of the upcoming Mahindra Bolero, a video has been uploaded on Youtube showing rendering of a 2020 Bolero modified concept

Mahindra Bolero SUV has been on sale in the Indian market since 2000, without any major modifications to its overall design. Now, a video showing the rendering of a modified 2020 Mahindra Bolero concept has been uploaded on Youtube. Is this what the next-gen Mahindra Bolero would look like?

The Bolero concept revealed in the video features the same overall boxy design, albeit with a new front fascia. The car ditches its seven-slat front grille for an all-new grille featuring mesh design and three horizontal lines running across the nose. The traditional headlamps have been replaced by LED DRLs integrated into the front grille itself.

The front grille also incorporates the ‘BOLERO’ lettering, and no Mahindra logo can be seen on the front of the car. The rendered car gets a new black bumper, which makes it look muscular. Apart from the front fascia, the car also features new off-roading tyres along with a new set of alloy wheels.

The Bolero has continued to be one of the highest-selling SUVs for Mahindra & Mahindra, and it’s just a matter of time before the Indian manufacturer upgrades its engine to comply with the BS6 emission norms. The 2.5-litre diesel engine, however, will likely not see the light of day post the BS6 deadline. 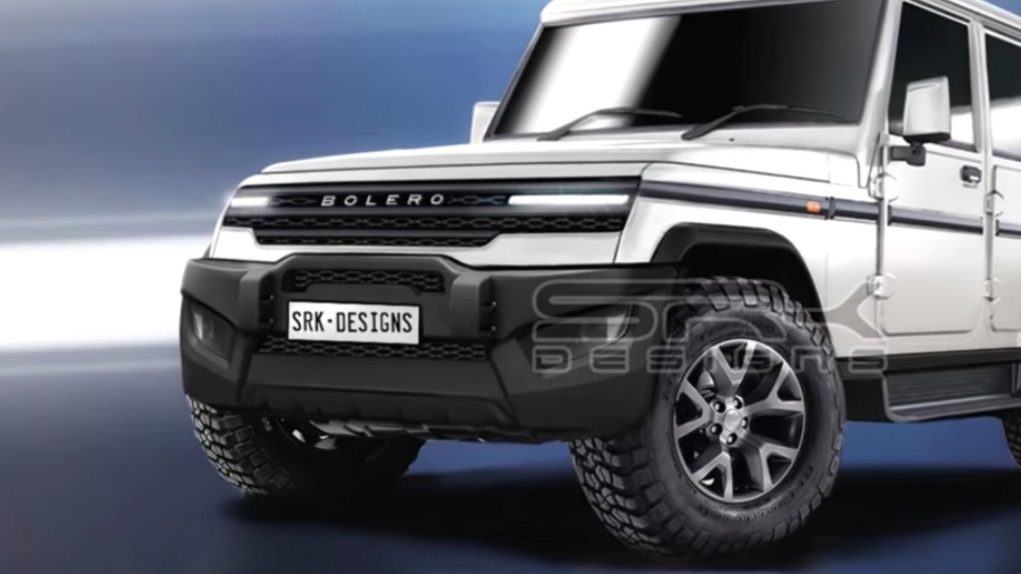 There is no official word from the carmaker as of yet, but Mahindra will also likely be updating the car’s design to make it look fresh and enhance its appeal. Mahindra currently retails the Bolero for a starting price of Rs 7.49 lakh (ex-showroom), which goes up to Rs 9.08 lakh (ex-showroom). Expect the SUV’s prices to increase once Mahindra upgrades its engine with BS6-compliance next year.