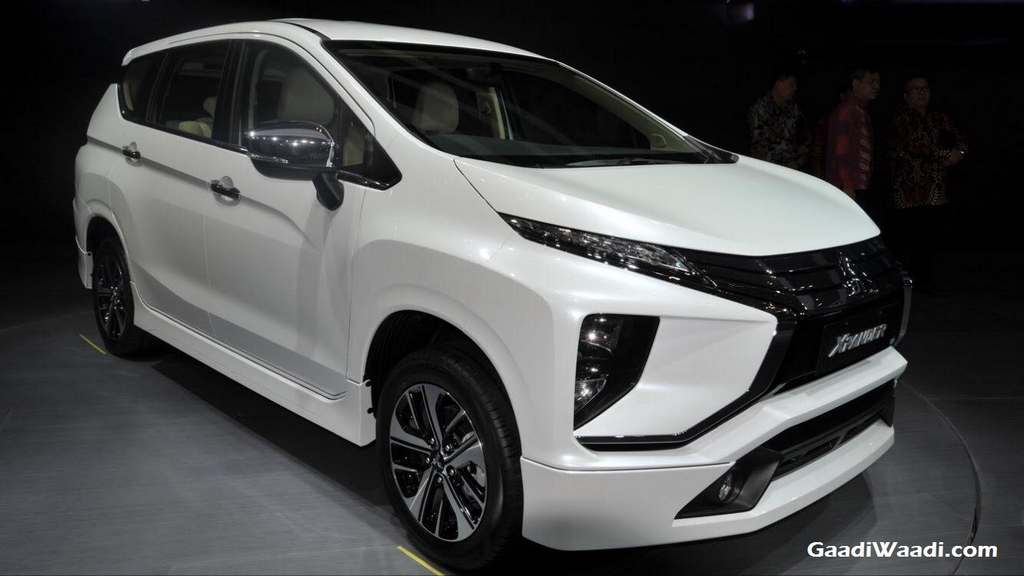 Mitsubishi revealed its “next generation” MPV that was initially expected to be titled as Expander in the middle of July. It made its public debut at the GIIAS 2017 the following month in pearl white body colour giving a premium stance before going on sale in Indonesia last month.

Measuring 4,475 mm in length, 1,750 mm in width and 1,700 mm in height, the lightweight MPV has been developed keeping the Southeast Asian markets and European markets in focus. Christened as Xpander, this MPV rivals against the likes of Suzuki’s popular Ertiga and Honda BR-V as well. 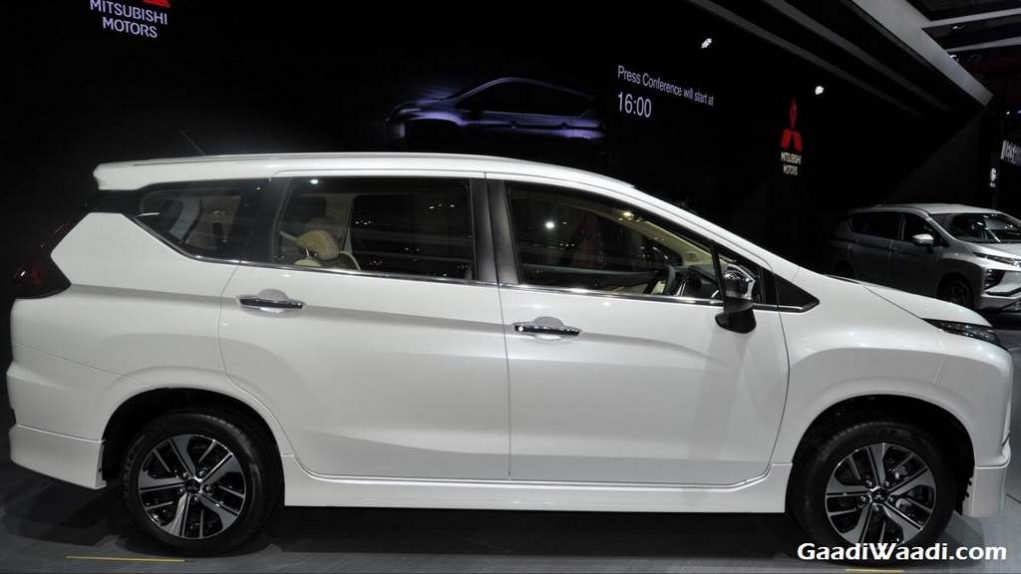 The front grille appears with a layered look and it dons the automaker’s contemporary X shaped radiator grille theme. The side profile bears a sculpted look thanks to the sharp and deep creases running below the blackened glass area. 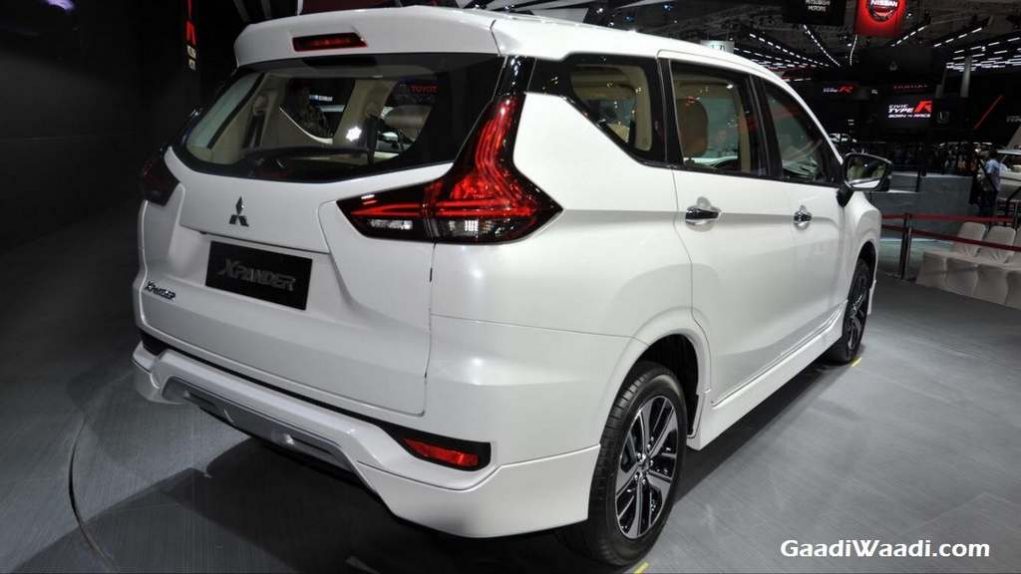 The wheel arches come with a squarish look and sports black cladding enhancing the masculinity of the MPV. The glass area gets sleek chrome trims adding zing to the SUV and the roof arrives with a sloping stance. The rear pillar gets a partially blackened look giving the car a floating roof design.

Moving to the rear of the MPV, it gets L shaped LED taillights enhancing the visual appeal further and there is a roof spoiler and chunky bumper with skid plate and slanted exhausts. As the automaker says, the Xpander MPV carries 80% similarity to the XM concept that it debuted last year. 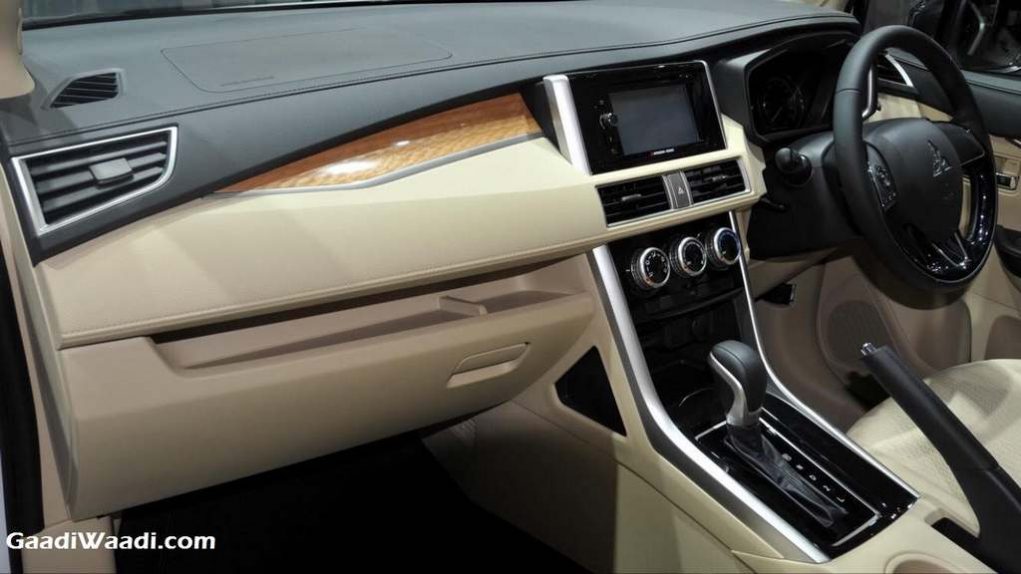 The interior is dominated by black and beige colour combination while the Sport trim will be all-black. The instrument console resembles that of the latest generation Pajero Sport while the steering wheel is taken from the Mirage. The Xpander will have a slew of driver assistance and safety features. Some key equipment are touchscreen infotainment system with in-car connectivity, reversing camera, keyless entry, push button start, colour LCD multi information display, brake assist and hill start assist among others.

The Mitsubishi Xpander is based on an all-new lightweight but rigid platform and it claims to enable the MPV with better handling capability and offer great protection as well. It is powered by a 1.5-litre four-cylinder petrol engine under the hood producing 103 hp and 141 Nm torque. 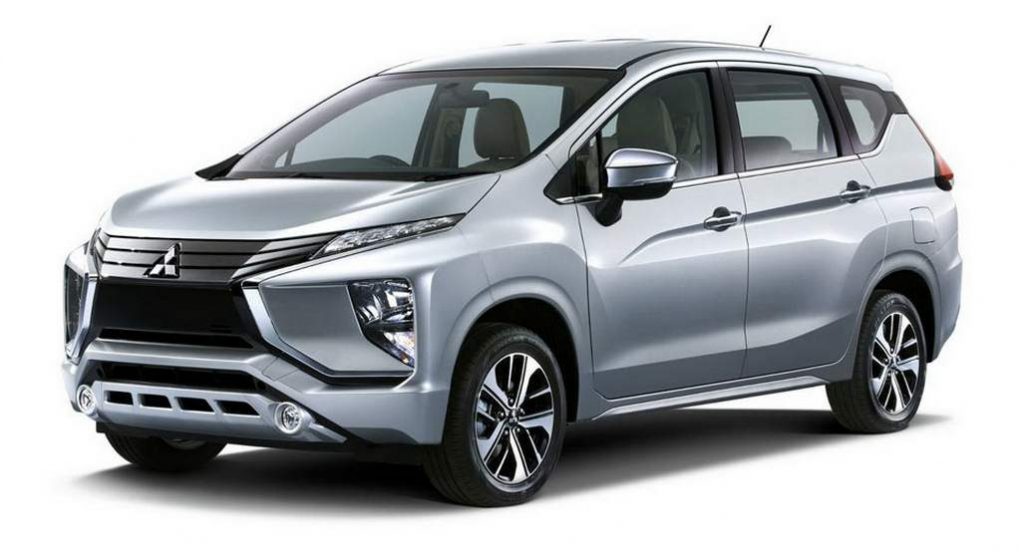 It gets a five-speed manual and a four-speed automatic as optional. A diesel engine could be on offer as well and it could also get an All-Wheel Drive (AWD) system at a later time. Mitsubishi offers the Xpander in GLX, GLS, Exceed, Sport and Ultimate trims. Some of the key features are 16-inch alloy wheels, LED rear combination lights, fully foldable second- and third-row seats, touchscreen infotainment screen, dual airbags, ABS, ASC and HSA.

Its prices start at Rp 189,050,000 (Rs. 9.08 lakh) for the Indonesian market. The MPV has already been seen testing in Thailand and it will likely launch in Philippines next year as well. Can the Xpander come to India at some point in time as premium MPV? Let us keep our fingers crossed!