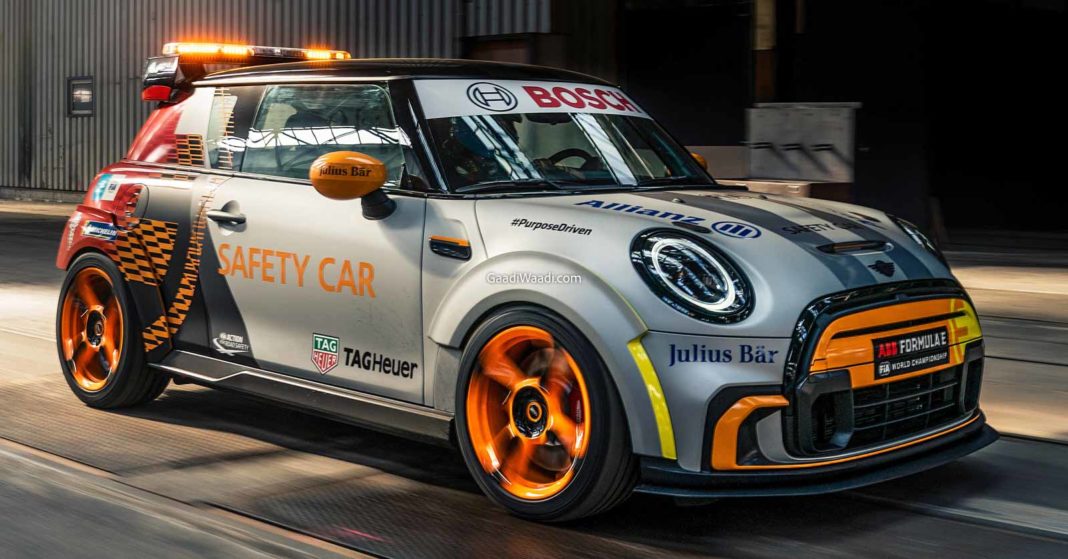 Mini has revealed the new safety car for the 2020-21 season of the ABB FIA Formula E World Championship race series, which was created as part of a collaboration between MINI Design, BMW Motorsport, the FIA and Formula E. The car is being called Mini Electric Pacesetter, and will be first seen in Rome on April 10 at the third race of Formula E’s 2020-21 season.

Based on the Mini Cooper SE (aka Mini Electric in some markets), the track-only car features a range of modifications inspired by John Cooper Works. While the hatch retains its round headlights and hexagonal grille from the regular model, the wheel arches have been widened and the deeper front apron now gets additional front splitters.

Along the sides, aero edges and sporty side skirts have been added, and they make the car look extremely sporty. These items, along with the large spoiler at the back, are 3D printed from recycled carbon-fibre. The 18-inch forged wheels are borrowed from the Mini JCW GP, but are finished in a dual-tone black-neon/orange design. 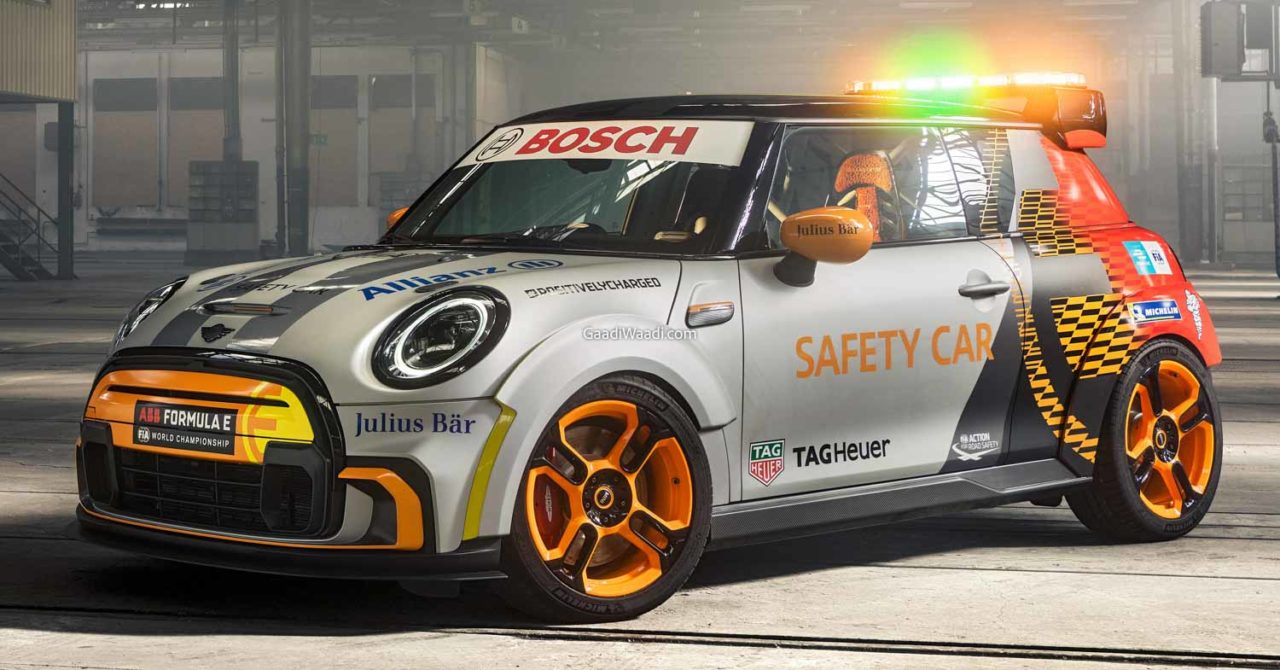 The matte silver body colour at the front is unmistakable, and is coupled with a high-gloss wrap. The latter features a two-stage colour gradient from Highspeed Orange to Curbside Red. A chequered flag-inspired pattern also showcases a large Mini Electric logo, while regulation-specific and sponsor-related graphics can also be seen.

A sizeable diffuser has been placed at the rear, while the cutouts around the wheels showcase its Michelin Pilot Sport tyres. The Energetic Yellow accents and the absence of exhaust tailpipes give away the car being an electric vehicle. 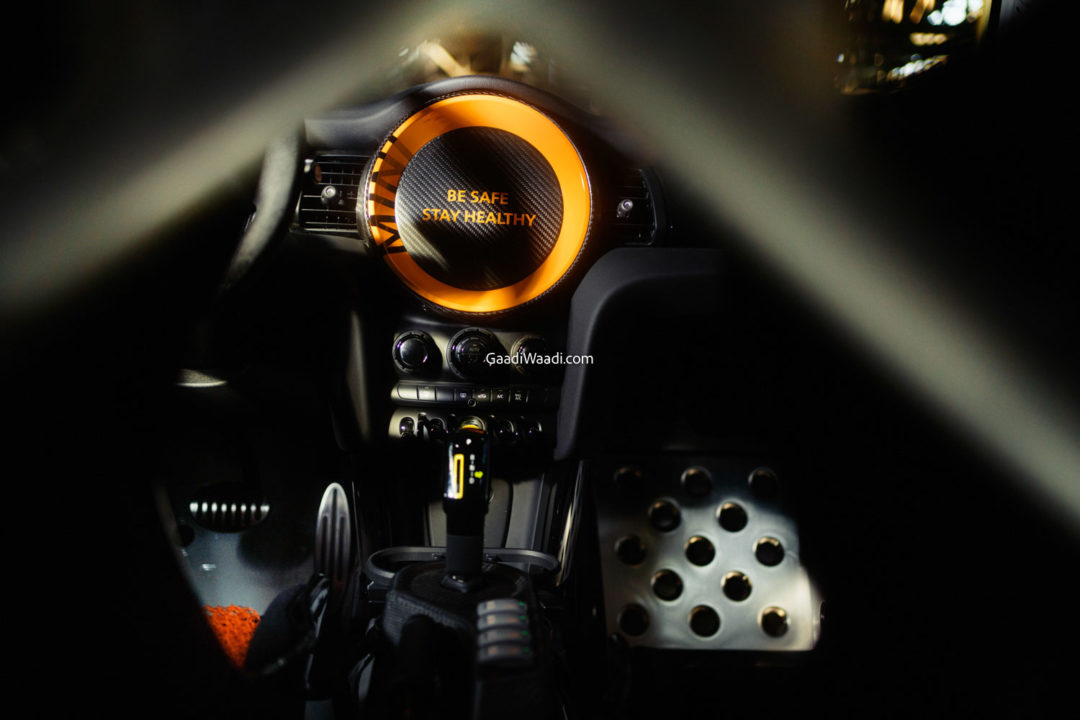 On the inside, the interior has been completely stripped-out and only retains essentials like front seats that come with six-point safety harnesses. There is also a digital instrument cluster, a carbon-fibre steering wheel, however, the centre display has been replaced with a carbon-fibre cover to save weight. The Mini Electric Pacesetter has a kerb weight of approximately 1,230 kg, or about 130 kg less than a regular MINI Cooper SE.