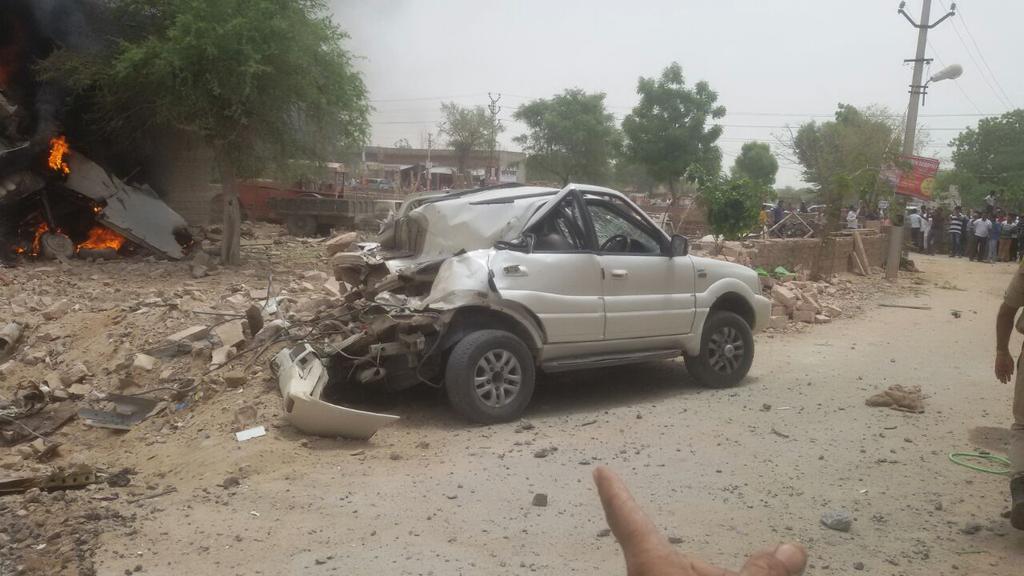 A MiG-27 fighter jet hit a Tata Safari SUV damaging the car, though not driveable but the car still stands intact. There were no causalities reported as one MiG-27 jet crashed onto the grounds in Jodhpur, Rajasthan. The plane was on a training mission but it faced a technical issue.

The pilots ejected to safety but the fighter plane crashed into a crowded neighbourhood. The plane rammed into a house while damaging the SUV that was standing nearby. The incident caused minor injuries to people close by but no causalities have been reported. The aircraft was on a routine training flying mission on 13th June 2016 and had taken off from the Jodhpur air base. The aircraft had encountered a technical fault when it was air-bound which led to the pilots ejecting from the plane just a few seconds before it crashed.

The plane caught fire after the crash. The Tata Safari which was rear ended by the plane still stood its ground. Though it is not driveable, the car displayed a sturdy structure by standing up straight. The house that was damaged was owned by Kuri Bhagtasni and it is reported that the Indian Air Force will compensate for the damages caused.

The Russian MiG-27 that fell was introduced globally in 1975 and its production was ended quite some time back. All Russian and Ukrainian MIG-27s have grown out of use while India, Kazakh and Sri-Lankan airforces are the only ones in the world still using them. Overall, 12 crashes have been reported ever since 2001.