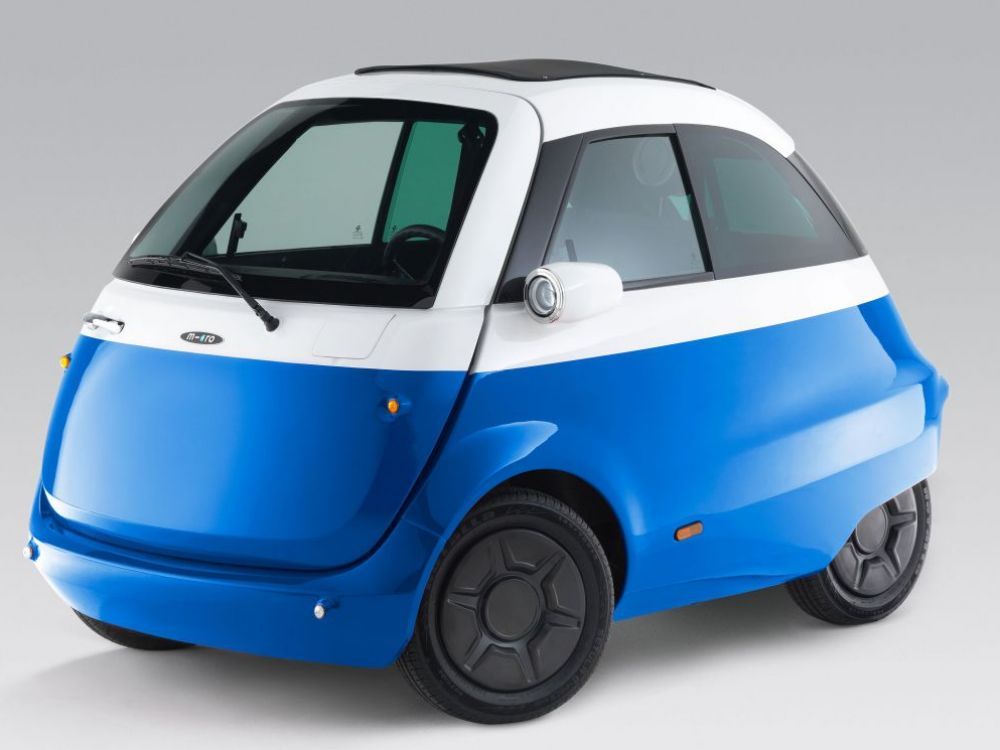 The Isetta is an iconic Italian-designed microcar that was made under license by various companies in many parts of the world. The most iconic ones came from BMW, which started manufacturing Isetta microcars in 1955 after redesiging the powerplant and most of the panels. The BMW Isetta was on sale until May 1962. 56 years after the BMW Isetta was laid to rest, Microlino AG, 50% of which is owned by Italian manufacturer Tazzari, has brought the Isetta back to existence.

The single-door, two-seater city car will soon go on sale with Microlino badges. It measures only 2.4-metres in length and offers space for two passengers on a bench seat. The front-mounted door, which has been the signature design element of all Isetta models, enables the driver to cross park the micro-car and get down directly on the adjoining sidewalk.

Powering the Microlino Isetta is an electric motor that outputs 20 bhp of maximum power and 110 Nm of peak torque. Being an electric motor, the entire torque is available instantaneously. The car has a top speed of 90 kmph, which is a wee bit more than most of the city speed limits. The company offers two battery options – a small 8 kWh one that provides a driving range of 126 KMs and a larger 14.4 kWh one that offers a range of 202 KMs. Both the batteries can be charged using a domestic power socket in about four hours. A Type 2 connector can help you charge them in just one hour.

Production of the Microlino Isetta will begin by the end of the current year. It will be made by Tazzari. The Microlino offers a luggage space of 300-litres, which is quite respectable for something so small in size. However, it’s a strict two-seater. The electric motor that powers this car is derived from the one you’ll find in a conventional fork-lift. The door handles come from a Fiat 500. All this has been done to keep costs under a check.

The company plans to produce 100 cars in the current year. It looks forward to producing 1,500 – 2,000 cars next year and eventually start making 5,000 cars annually. It’s definitely not an over-optimistic target if you take into consideration that 7,200 bookings have already been received. Prices start at USD 13,600.