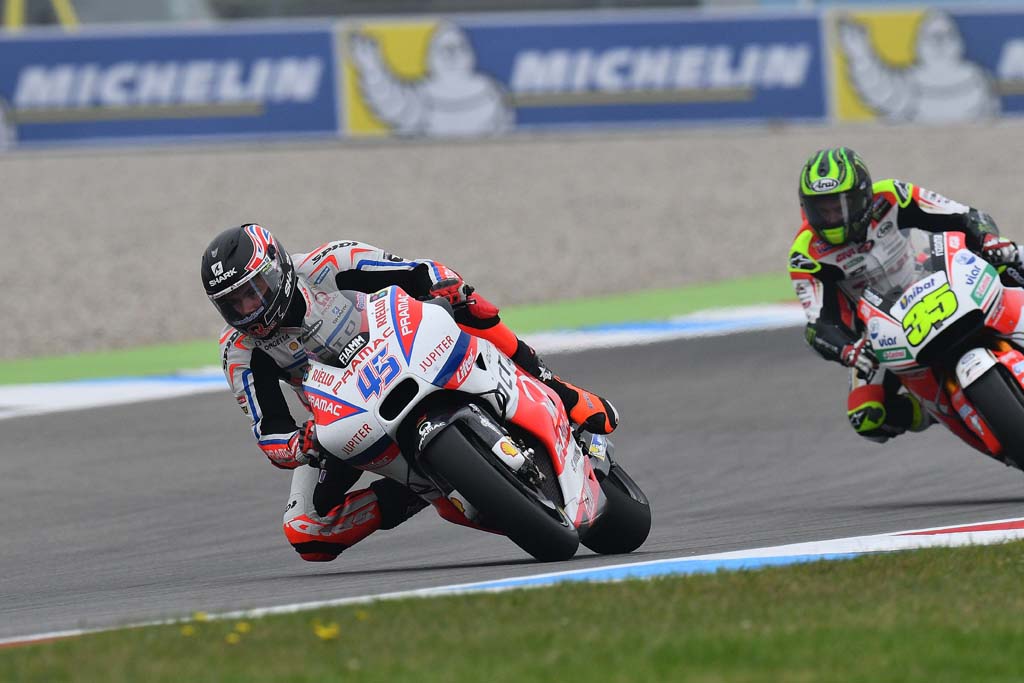 The GoProMotorrad Grand Prix Deutschland participation is the first for Michelin in its current Grand Prix incarnation. The circuit at Sachsenring is a technical circuit which includes a lot of fast and long left-hand turns as well as slow right turns and abrasive asphalts making it one of the most challenging tracks on the Grand Prix calendar. The distance of the circuit is just 3,671m which makes it the shortest circuit of the season.

Michelin will be offering the front asymmetric Michelin Power slick tyres for the very first time and these are designed to meet the challenges that the Sachsenring will pose. There are 10 left hand turns because of which the compound tyres will have to feature a harder rubber with high temperatures. There are soft version with white identifying band and a hard yellow band compound and these asymmetric tyres will be joined in the range by a medium symmetrical front slick which will give the riders different options as per the need. Matching with the front allocation, Michelin will have rear slick which will feature harder left shoulder asymmetrical design. The tyre will require softer right side to heat up quickly while giving the riders the grip that’s needed for slow rights.

Available in medium and hard, the balance of these compounds of the each tyre will definitely play a crucial role in determining the performance as well as offer maximum safety and durability. The Power Rain tyres will also be offered to complete the collection. These tyres were used at Assen in Netherlands and Power inters for use in mixed weather.

Sachsenring was once a circuit that held races on closed public roads similar to what Assen, Brno and the Isle of Man offers. Since 1996 racing has been done on the purpose built track near the town of Hohenstein-Ernstthal. The circuit has staged a motorcycle Grand Prix every year since 1998. The area was a focal point of Germany’s automotive industry and manufactures would race their machines around the streets. This history is sure to add to the festivities of the weekend.

Michelin and MotoGP paddock will make it to the tracks on Friday for the free practice sessions. There will also be a practice session on the following day. These sessions will together decide the qualifying session for each rider and confirm the grid position for the 30 lap race to be held on Sunday.

Talking on the occasion, PieroTaramasso – Manager of the Two-Wheel Motorsport Group said that the Sachsenring circuit is a demanding circuit and the diverse conditions will fuel to the excitement. He further added that this is the first time that they have asymmetric rear tyres where left is harder to cope with high temperatures whereas the soft ride hand side will also be features to heat up rapidly for the sharp slow right hand corners.

Since the track has lots of lefts and rights, the wheels would need to get the temperature quickly to give the riders the required grip and safety. He also mentioned that this circuit can have variable weather and Michelin is prepared for that too. He assured that whatever the conditions may be during the circuit, the crowd will have a big party and a good time.