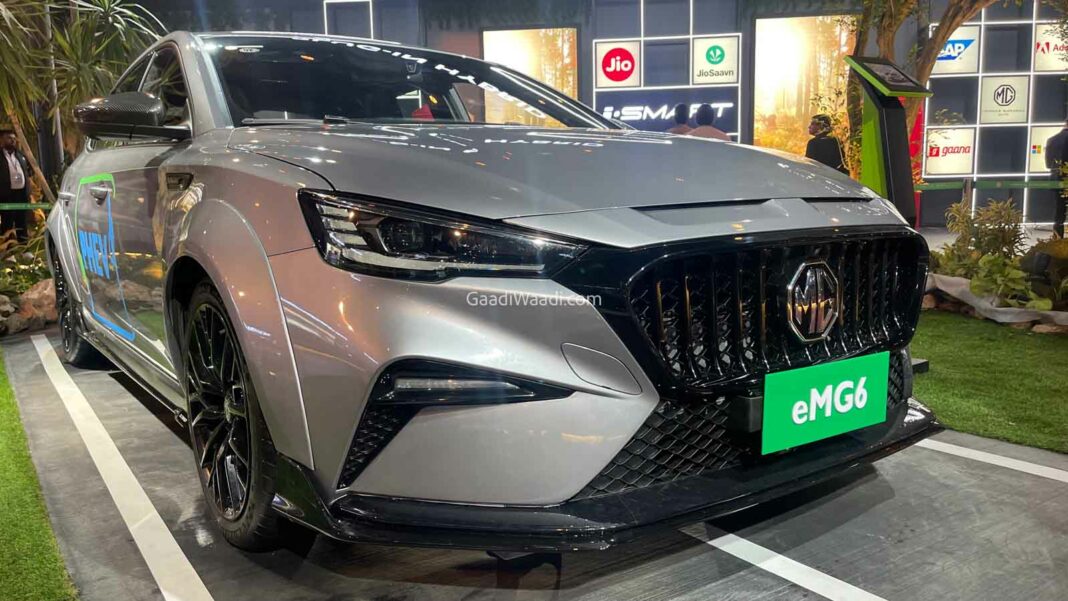 The eMG X Power PHEV uses a a 1.5-litre turbocharged petrol engine with a permanent magnet synchronous motor and it produces 301 bhp and 480 Nm of peak torque

MG Motor India Limited has been on a roll displaying a number of new models at the 2023 Auto Expo. While some of them are just showcases, others are expected to make their way to the domestic market. The prices of the 2023 MG Hector and Hector Plus have also been announced today as they accompany the MG4 electric hatch, MG5 electric estate, Mifa 9 electric MPV and the eMG6 sedan.

Our comprehensive coverage of the 16th edition of the motor show would give you individual details of all the aforementioned models and here we take a look at the MG6 PHEV sedan in its X Power guise. It is already available in some Asian and Middle East markets and measures 4.69 m in length, 1.84 m in width and has a height of 1.46 m with a wheelbase length of 2.71 m.

The eMG6 X-Power comes with an imposing exterior boasting a black finished front grille with vertical grille slats resembling AMG Mercs. The large MG badge is mounted in the middle of the grille assembly while the sharp looking LED headlamps give a sporty appearance. The integrated LED Daytime Running Lights add to the premium nature of the sedan. 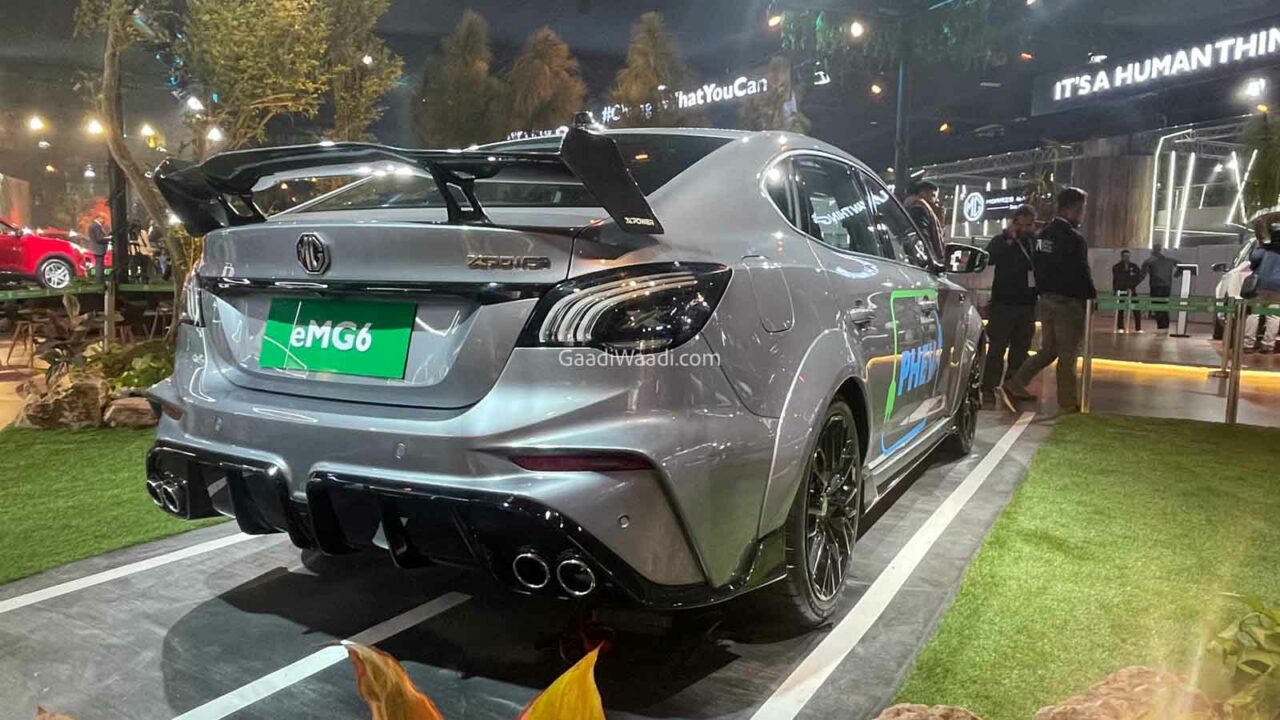 Other highlights are a prominent spoiler mounted on the bootlid, smoked out LED tail lamps, MG badge and X Power badges on the bootlid, an aggressive rear bumper, etc. As for the performance, a 1.5-litre turbocharged petrol engine with a permanent magnet synchronous motor is utilised. The PHEV makes 301 bhp and 480 Nm of peak torque, and is claimed to do zero to 100 kmph in just 6 seconds and is linked with a ten-speed DU10-speed EDU intelligent electric drive transmission. 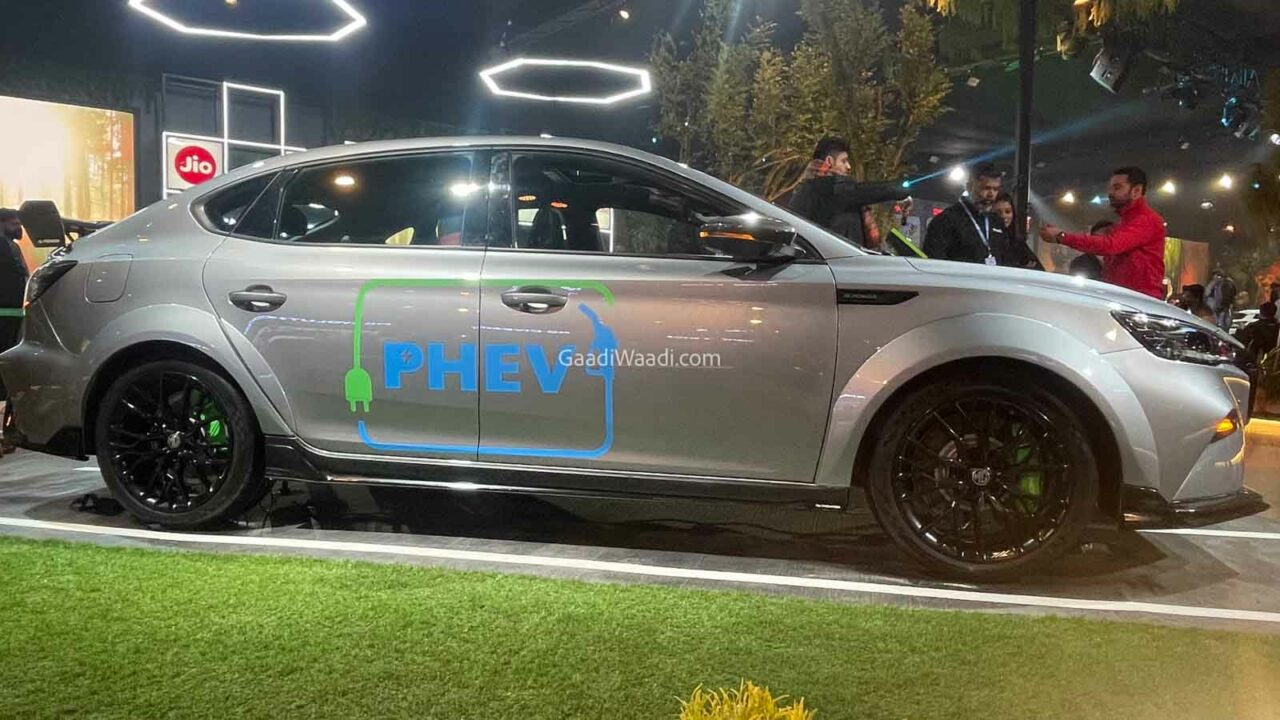 It is equipped with a specially developed 920E six-piston fixed callipers and floating disc brakes that help in coming to a halt from 100 kmph in 33 metres.