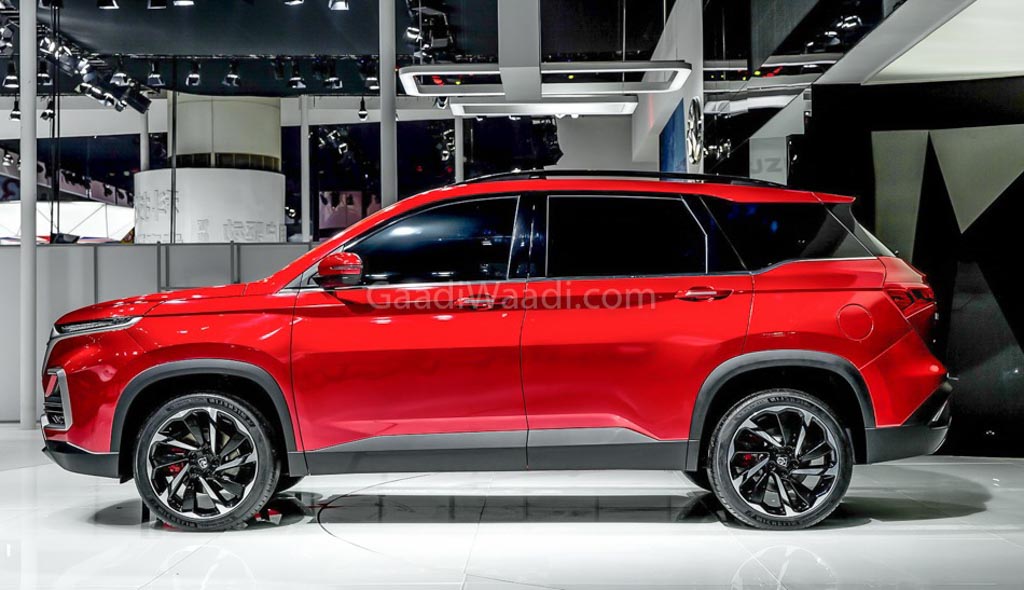 We can reveal that MG Motor is debuting in India with a SUV targetting Honda CR-V in opposition to Hyundai Creta as previously speculated. Confirmed to launch by the second quarter of 2019, the MG premium SUV will be heavily localised to be priced competitively against not just Honda CR-V but top-end variant of the Jeep Compass and Hyundai Tucson in the sub 25 lakh space.

The British manufacturer has also announced that the products in the domestic portfolio will be designed and engineered in UK and China with inputs from Indian engineers. Based on the demand, MG Motor will ramp up the production facility in Halol, Gujarat from 80,000 units per annum to 2,00,000 units. MG’s inaugural product holds plenty of importance as it will be key in establishing the brand’s premium image.

Around 45 dealerships and 100 touch points will be put in place when the premium SUV goes on sale. MG has already been testing the SUV locally and it will be offered in both petrol and diesel engine choices. The 1.5-litre petrol motor should be good enough to generate 168 hp and 250 Nm and will be mated to a seven-speed automatic transmission. 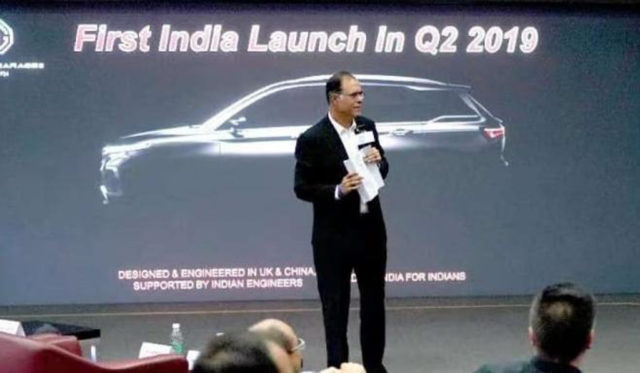 The FCA-sourced 2.0-litre diesel powertrain, on the other hand, will also be connected to an automatic unit and it could make 170 hp as in the Compass. It may also get four-wheel-drive configuration as optional. With the next generation Hyundai Tucson going the more upmarket route, we can expect the MG SUV to follow the same path but expect it to be just a five-seater initially.

MG emphasises interior space with the premium SUV and it will take styling inspiration from the Baojun 530 and the MG ZS as seen in the teaser image posted here. It will have bigger proportion than the Jeep Compass and Hyundai Tucson, and will come equipped with several driver assistive and upmarket features onboard.

The teaser image of the yet-to-be-named MG SUV showcases heavily raked windshield, sleek sweptback headlamps, prominent shoulder lines on either side, floating roof design with integrated spoiler, etc. It will house the signature MG badge up front in a probable gaping grille as seen on other MG models sold globally.