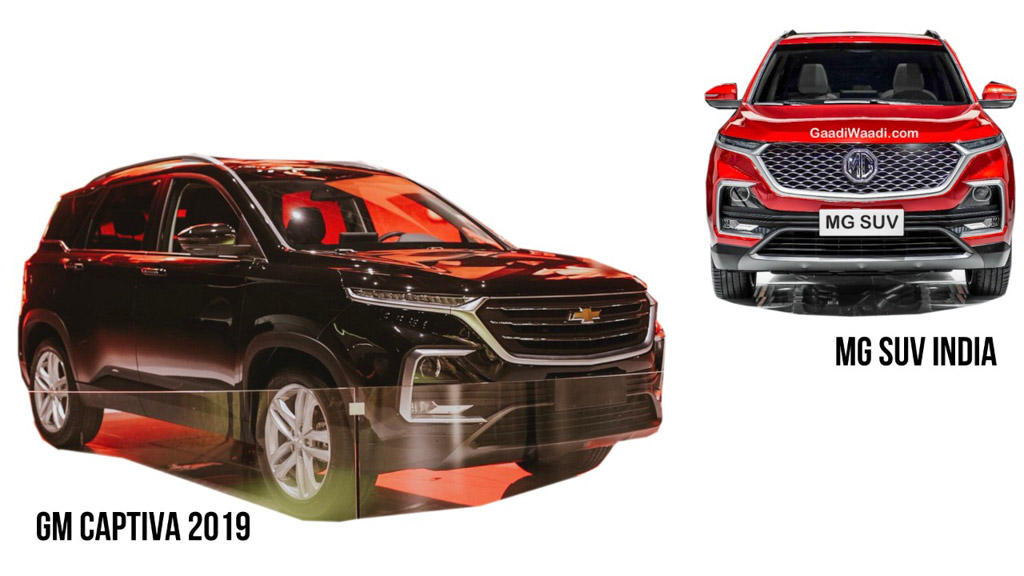 MG Motor will debut in India with a premium SUV rivalling the likes of Honda CR-V with high local content; could be priced around Rs. 25 lakh

General Motors hosted the global premiere of the latest Chevrolet Captiva in Colombia of all countries in November 2018. The Captiva mid-size SUV is not an unfamiliar name for Indian enthusiasts and hung its boots two years ago. It was a shame that we did not get to see the second generation model as the company quit domestic sales altogether.

The 2019 Chevrolet Captiva is a rebadged version of SAIC’s Baojun 530, which is in production in China since 2017. It was born out of GM’s partnership with SAIC in the largest carmaker and shipped worldwide. Having no commonalities with the original Captiva, the new version is crafted with Chevrolet’s global design language.

The hexagonal grille has a bowtie logo sitting in the middle while the LED headlamps are slim. The bumper section is prominent, to say the least with the fog lamps enclosed by C-shaped chrome elements. The flat roofline is there to ensure roomy cabin while the rear end with rectangular tail lamps and dual exhaust pipes add character to the mid-size SUV.

It has a large touchscreen infotainment system residing inside the cabin and uses either a 1.5-litre turbo petrol producing 145 hp or a 1.8-litre petrol with the six-speed manual and dual-clutch automatic transmission options. Wondering why we bring up the new Captiva here? It is because of the fact that the first MG SUV for India will also share plenty with the Baojun 530 just as the Captiva. 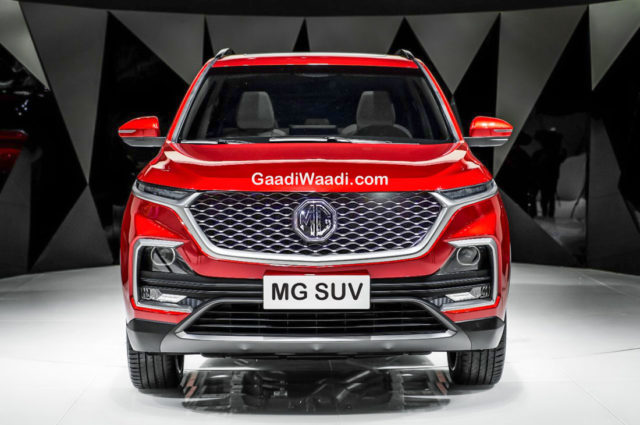 GM sold its Halol facility in Gujarat to MG’s owner SAIC back in September 2017, which has resulted in the debut of the famed British brand next year in India with a premium SUV. Slated for market entry in Q2 2019, the SUV will compete against the likes of Honda CR-V and Hyundai Tucson with highly localised content and be sold across 45 dealerships and 100 touch points planned by MG.

The vehicles catering to India will be designed and engineered in UK and China with local inputs and depending on the demand, MG Motor will ramp up the production from 80,000 units per years to 2,00,000. The company has already been spotted testing the Baojun 530 based SUV in India and it will likely be available with a 1.5-litre petrol engine capable of 168 hp and 250 Nm – connected to a seven-speed automatic transmission. 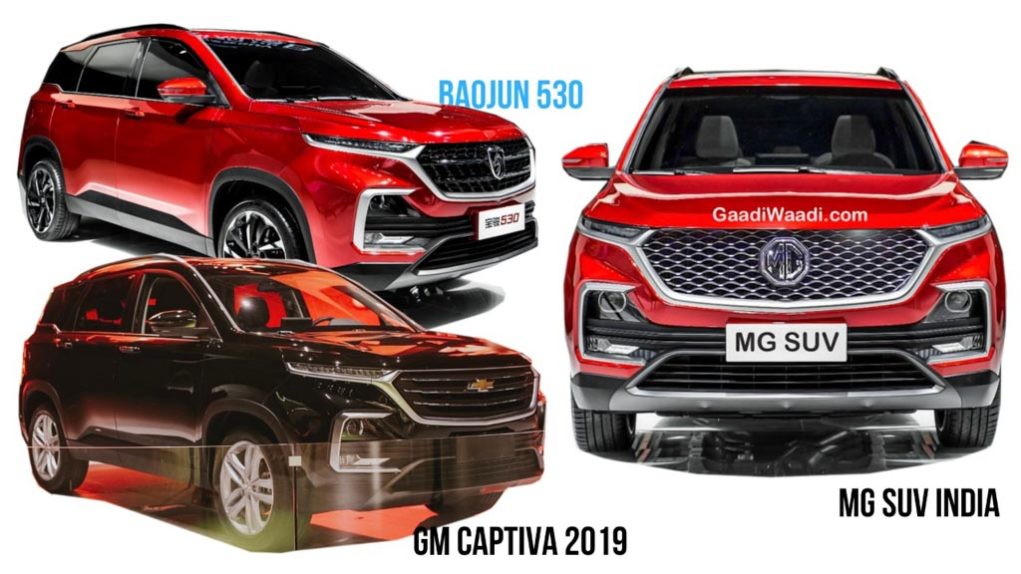 The FCA-sourced 2.0-litre diesel powertrain developing 170 hp will also be connected to an automatic unit. The second product from MG Motor will arrive in early 2020 for india and it was confirmed to be an electrified SUV.

With the MG eZS showcased at the 2018 Guangzhou Motor Show last month, it could very well be the destined model but no confirmation has been made yet. It uses a 110 kW electric motor with a claimed range of 335 km range in NEDC (New European Driving Cycle).