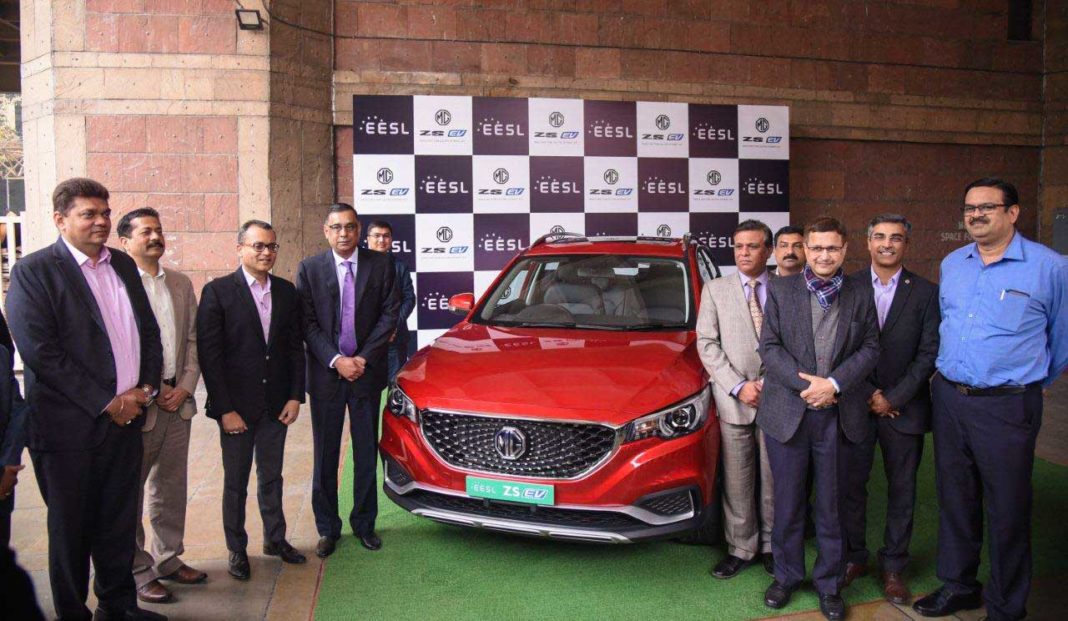 MG Motor India has delivered one out of the five ZS EVs ordered by EESL, and the British-origin manufacturer expects an order for more

Energy Efficiency Services Limited (EESL) had placed on order for five ZS EVs, and MG Motor India has delivered one out of those today, which also marks the delivery of the first ZS EV in the country. The vehicles will join the list of other EVs from Tata Motors, Mahindra & Mahindra and Hyundai Motor India, in serving key government officials and help reduce pollution.

The ZS EV is touted as ‘India’s first pure electric internet SUV’, is a part of the MG’s vision for a cleaner and greener future, and is aligned with the government’s aim of reducing pollution by putting more electric vehicles on the road by 2030.

Commenting on the development, Mr Gaurav Gupta, Chief Commercial Officer, MG Motor
India, said, “We are grateful for the government’s support and are delighted that the ZS EV, our first EV product in the country, is finding traction even amongst government departments (EESL). The launch of the ZS EV aligns with the government’s commitment to promoting clean technologies and green mobility in the country.”

MG launched the highly-anticipated ZS EV in India at an introductory starting price of Rs 19.88 lakh (ex-showroom) last week. This price is only for the buyers who booked the car before midnight on 17th January 2020. However, if you book a ZS EV now, be ready to shell out Rs 1 lakh over that.

Powering the ZS EV is a 44.5 kWh IP67 rated lithium-ion battery pack, coupled with a Permanent Magnet Synchronous electric motor which belts out 142.76 PS of maximum power and 343 Nm of peak torque. Through Super-Fast DC chargers with a capacity of 50 kW, the ZS EV will charge up to 80% within 50 minutes, while a 7 kW AC fast charger installed at home will take around 7 hours to do the same. The electric SUV has a range of up to 340 km on a full charge.

MG Motor India has received over 2,800 bookings for the ZS EV in just 27 days, which is more than the total number of fully-electric vehicles that were sold in the country last year. MG retails the ZS EV in two trims, namely Excite and Exclusive. The said trims are priced at Rs 20.88 lakh and Rs 23.58 lakh (ex-showroom) respectively. MG ZS EV undercuts its direct rival in the Indian market, the Hyundai Kona Electric, which has a starting price of Rs 23.7 lakh (ex-showroom).