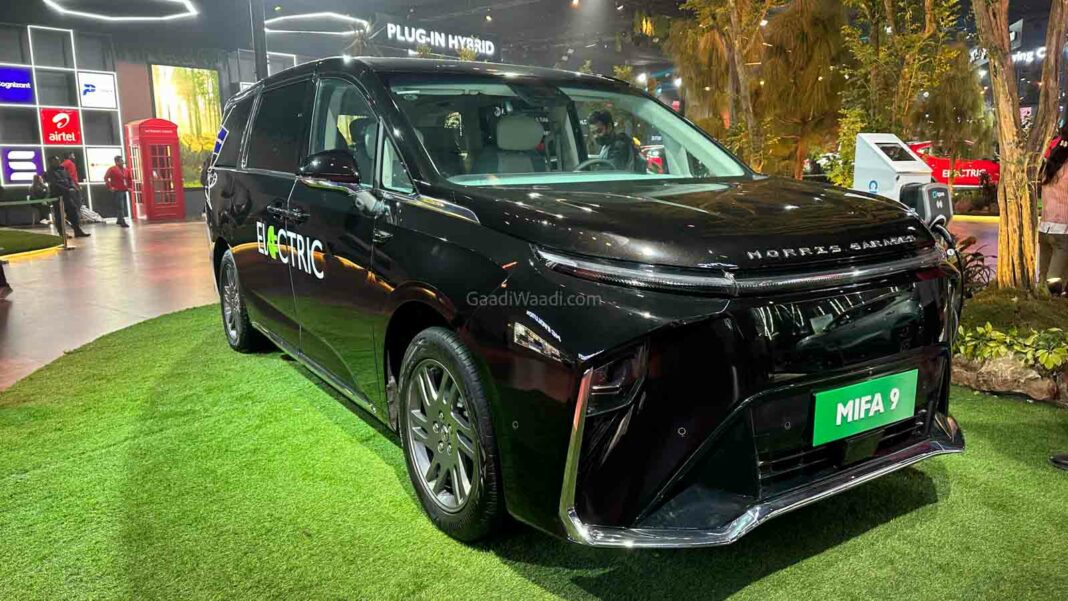 MG Motor India has announced the prices of the facelifted Hector and Hector Plus at the 2023 Auto Expo in Greater Noida today. The first press day of the biennial motor show also sees the local debut of a host of electrified offerings from the British automaker as the MG4 electric hatchback, MG5 electric station wagon and Mifa 9 premium electric MPV are on display.

The MG Mifa 9, in particular, grabs plenty of attention for its practical nature adhering to the needs of the family audience in terms of space and is also packed with features. It does have an upmarket vibe on the inside as well as inside and in a typical MG fashion, it is tech-savvy. The MIFA (Maximum Intelligent Friendly Artistic) 9 MPV is on sale in a number of global markets.

The upright front end comprises a thick horizontal light bar covering the entire width of the vehicle below the clamshell bonnet. The wide central air intake is flanked by prominent vertical housings for the LED lighting system and the chrome touches add to the premium nature of the MPV. The chromed window lines, a large greenhouse and a raked front windshield can also be seen. 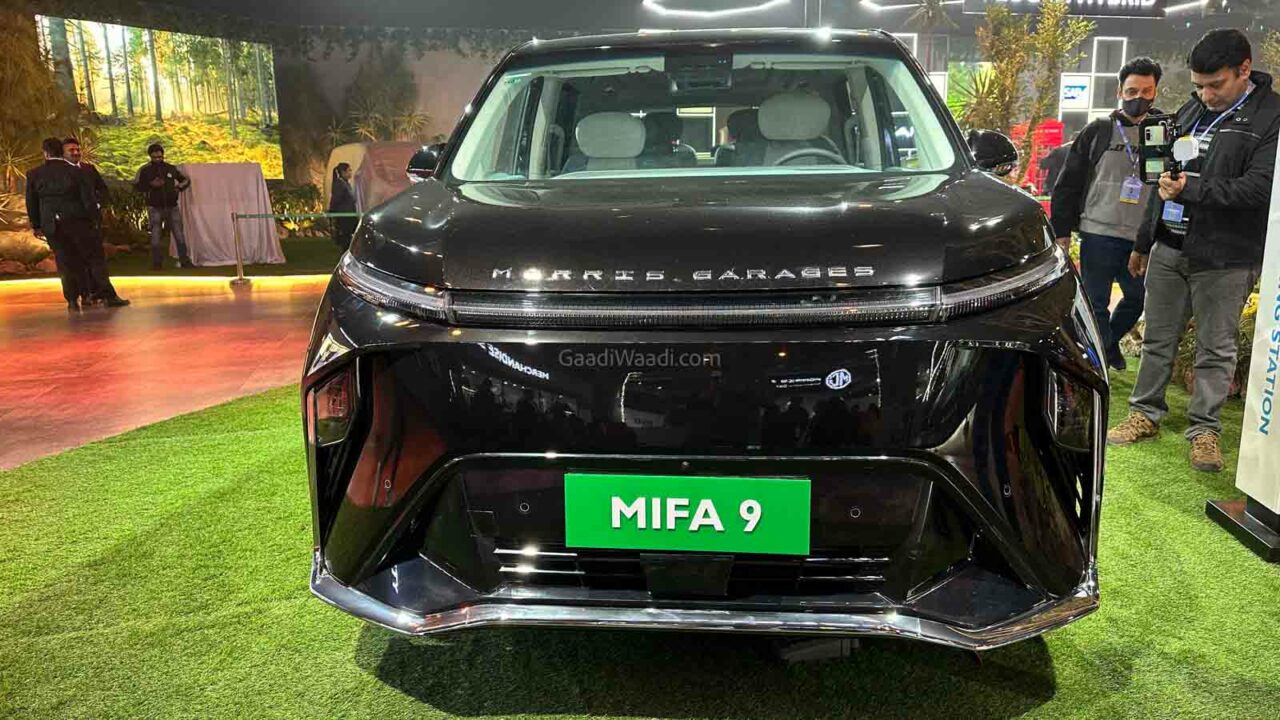 The rear features a thin LED tail lamp element covering the boxy tailgate and chrome detailing can also be witnessed on the rear bumper. The MG Mifa 9 has an overall length of 5.27 metres, a width of 2 metres and a height of 1.84 metres with a wheelbase length of 3.20 metres. In comparison, it has bigger proportions than the Kia Carnival and Toyota Innova Hycross.

In the global markets, the Kia Mifa 9 is retailed with a six- or a seven-seater layout with a quadruple captain seating arrangement. Other highlights are a large touchscreen infotainment system with Apple CarPlay and Android Auto compatibility, steering wheel with mounted controls, automatic climate control, ambient lighting and so on. 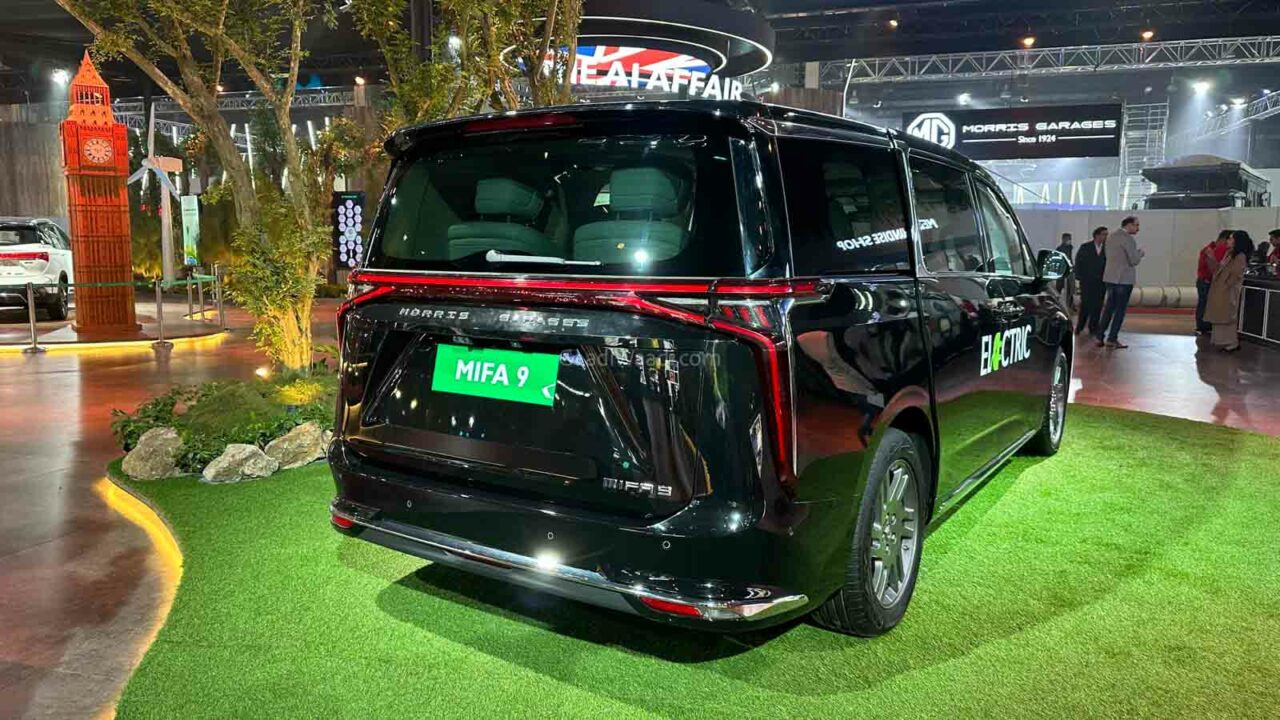 MG is currently considering the possibility of introducing the Mifa 9 in the domestic market and the customer interest shown at the ongoing Auto Expo will play a significant role in making a decision. It uses a 90 kWh battery pack and an electric motor enabling 245 hp and 350 Nm. It has a claimed top speed of 180 kmph and the driving range stands at 440 km on a single charge.