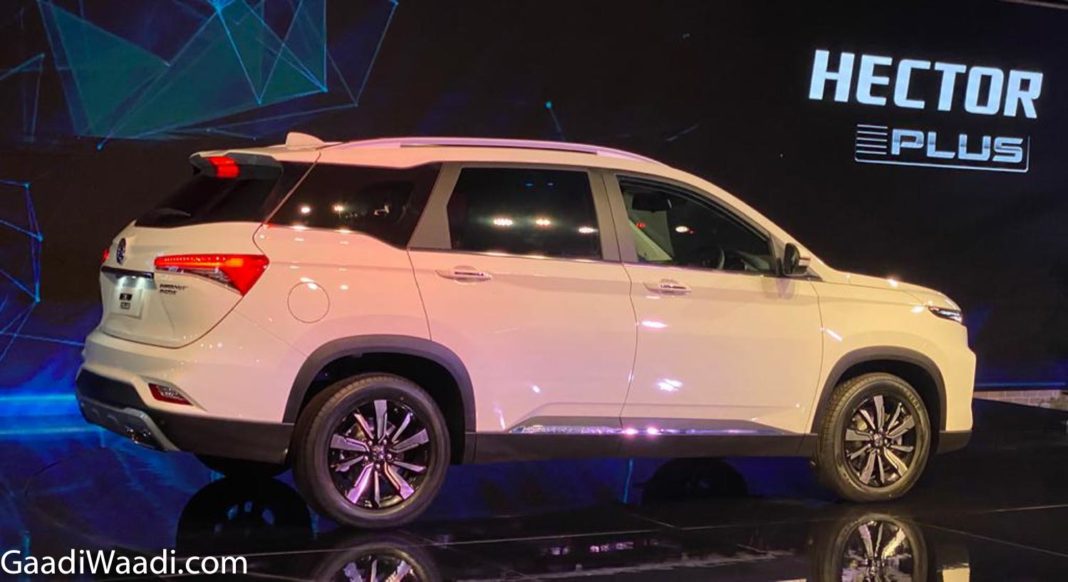 MG has officially revealed the three-row extended version of the Hector, called the Hector Plus at the 2020 Auto Expo

The MG Hector has very well proved its worth in the 7 months following its launch, and the SUV has continued to bring in high sales numbers for the manufacturer. Since the five-seat Hector outdoes all its competitors in terms of dimensions, MG has went ahead and revealed a six-seat version of the Hector, which is named the Hector Plus, at the 2020 Auto Expo.

As compared to the donor car, the Hector Plus gets two captain seats in the middle row, along with a bench-type seat for the third row. The 6-seat car gets some additional tweaks as compared to the Hector, in order to set the two apart. It will also be offered as a 7-seater and both variants will go on sale in the second half of this year.

While the changes in the cabin are minimal, the three-row SUV also looks different from the car it is based on. The Hector Plus gets redesigned bumpers on both ends, restructured LRD DRLs, new faux skid plates with dual exhaust tips, extensive chrome usage, sleeker LED tail lights, and an all new front grille with a honeycomb design.

Inside the cabin, the Hector Plus gets the same 10.4-inch vertically stacked touchscreen infotainment system with an eSim for connected car tech, a panoramic sunroof, power adjustable driver’s seat, cruise control and more. 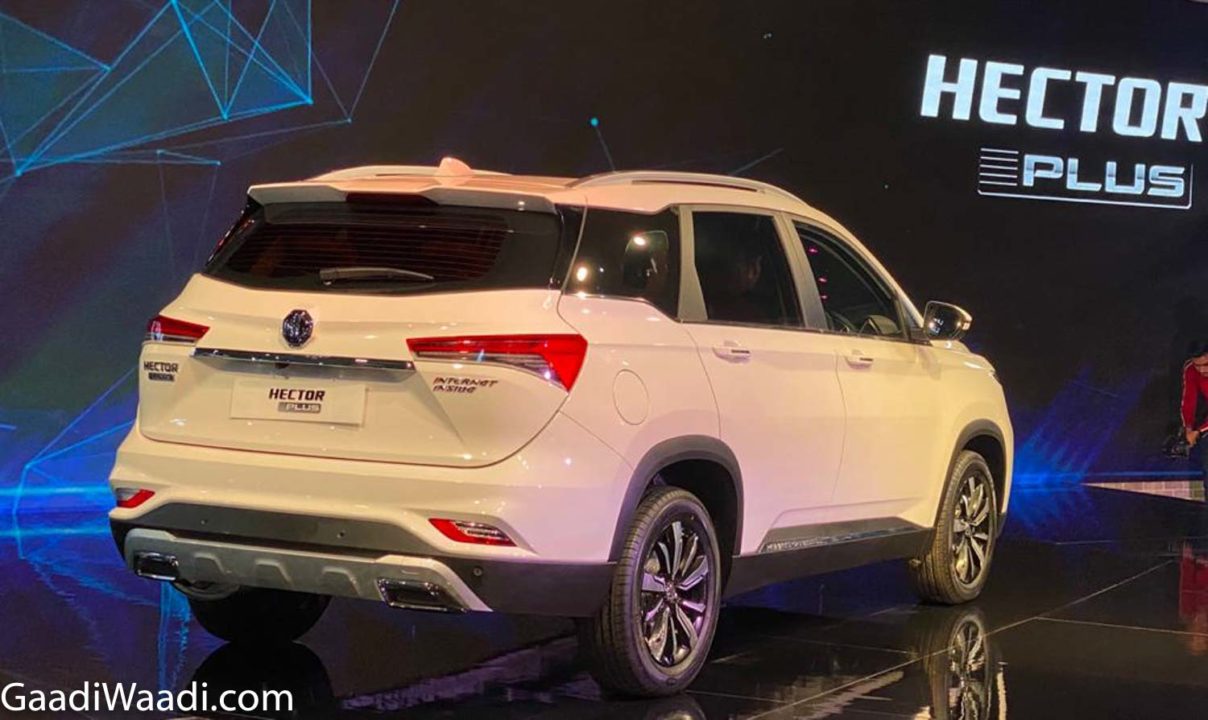 The transmission options offered with the petrol trims of the car include a 6-speed manual and a 7-speed DCT, whereas the diesel gets a manual gearbox only. The Hector Plus comes with a front-wheel drive system only.

When launched in the Indian market, the Hector Plus will directly rival the Mahindra XUV500, the upcoming Tata Gravitas, as well as the seven-seat version of the Hyundai Creta, which is reportedly also in the works.