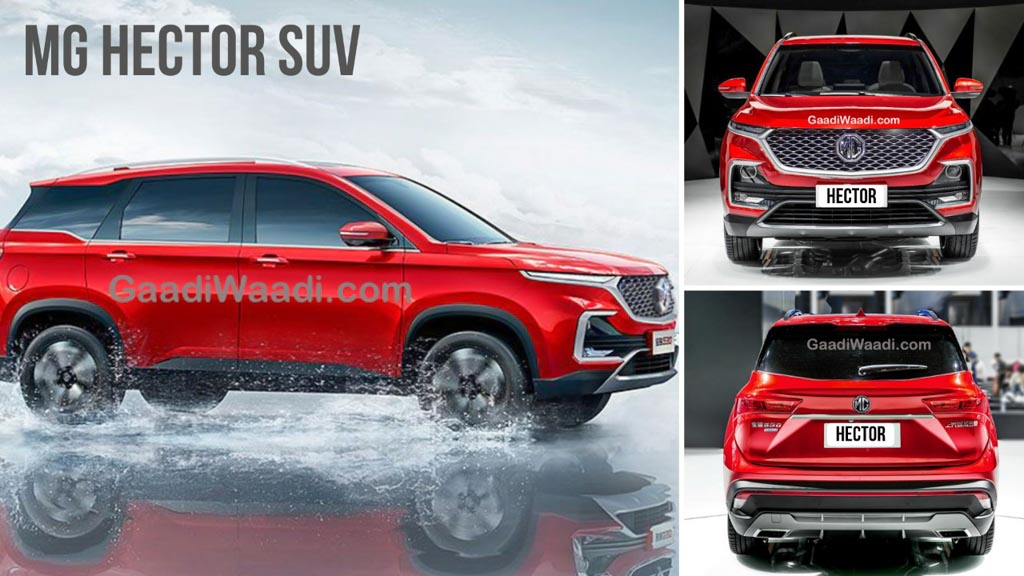 MG Hector premium SUV could be priced competitively in India when it goes on sale in mid-2019; to likely rival Honda CR-V with price of around Rs. 25 lakh

MG Motor is preparing to enter India this year and it will kick start its innings with a premium SUV. The British manufacturer took to social media today to announce the name of its first product for India. Dubbed the ‘MG Hector’, the SUV will be based on the Baojun 530 that is already on sale in China and has recently been rebadged as new Chevrolet Captiva for international markets.

General Motors’ exit from India meant it had to sell its long-serving Halol facility in Gujarat and MG Motor’s owner SAIC pounced on the opportunity in September 2017 and bought the base. Having begun its local operations well ahead of the schedule, MG Motor has confirmed to introduce its first product in India, the MG Hector, in the middle of this year.

It will have high localisation to be priced competitively against rivals such as Honda CR-V and will be retailed across 45 showrooms and 100 touch points planned by the brand upon entering the domestic market. The Hector SUV is engineered as well as design at MG’s base in China and United Kingdom with input from Indian engineers.

The company has huge plans for long term sustainability in India with hefty investment and it will increase production from 80,000 units to two lakh units per annum in the neat future. The MG Hector will likely derive power from a 1.5-litre petrol engine good enough to produce 168 hp and 250 Nm and is mated to a seven-speed automatic transmission.

The familiar Fiat-sourced 2.0-litre diesel unit that also powers the Jeep Compass and Tata H7X could pump out 170 hp. The first teaser video of the MG Hector shows the premium SUV being tested in cold weather conditions. MG Motor is planning to launch an electric SUV in the early parts of 2020 as its second vehicle for India.

It could be based on the eZS displayed at Guangzhou Motor Show in November 2018. It features a 110 kW electric motor with 335 km claimed range on a single charge in NEDC cycle. MG’s success in India will depend on the customer reception for the Hector that will have a feature-packed and spacious cabin with use of premium quality materials.