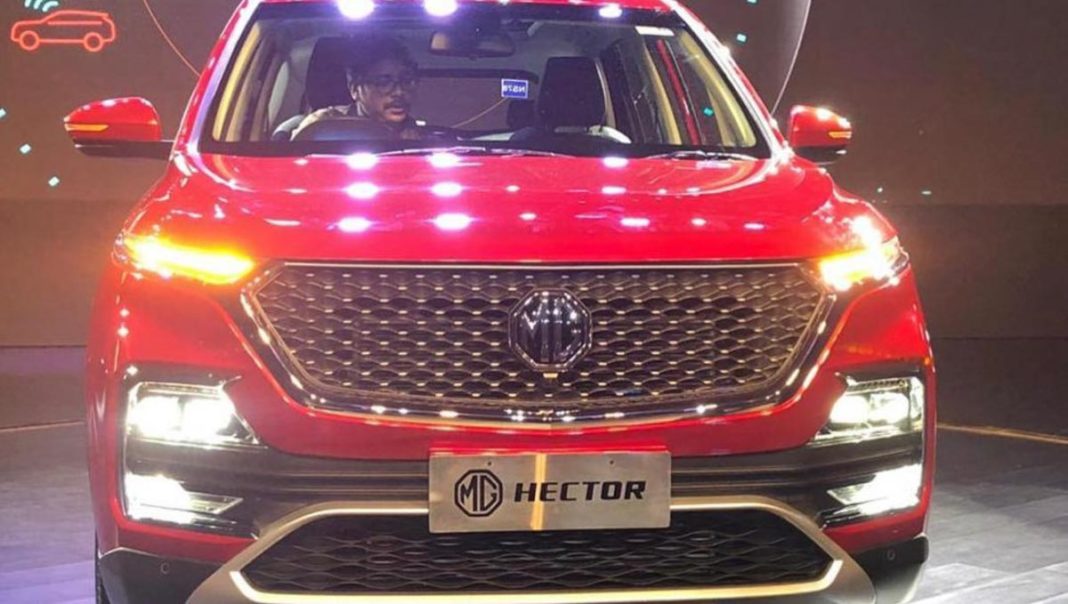 MG Motor India is debuting this May with the Hector premium SUV. Ahead of the market launch, the British brand has begun showcasing the Hector to dealers. While the press conference a couple of days ago saw MG revealing the in-car connectivity features and associated technologies of the Hector, the production-spec version was not displayed as we had to contend with press images.

However, at the dealer meeting, the SUV has been showcased giving us all the necessary details. The SAIC-owned company will commence its domestic operations with 50 dealers and 120 touchpoints initially before expanding and the series production of the Hector has been well underway ahead of schedule. The Hector is based on Baojun 530 and has an exterior replicating its global cousins.

The upright front fascia has a striking stance courtesy of the wide grille with hexagonal chrome mesh. A prominent MG badge sits in the middle of the grille assembly while the dual-split headlamp setup is as unique as it can get. The turn signals are positioned on top giving a cohesive appearance to the SUV while the lower bumper boasts a large central air dam and aluminium skid plates. 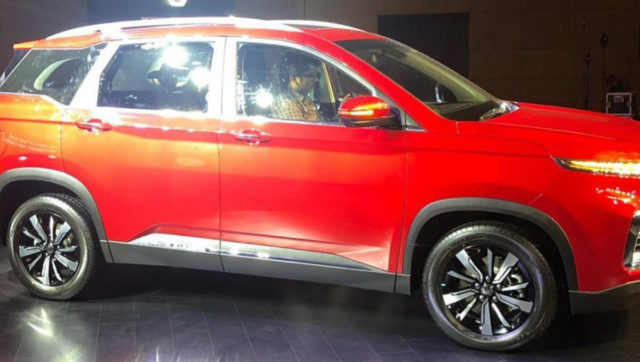 Over to the sides, the MG Hector gets squared wheel arches, beefy roof rails, machine cut wheels and a sporty lower door trim while the pillars are finished in black and the wing mirrors in body colour. The rear end is as good as the front with horizontal LED tail lamps, shark fin antenna, roof-integrated spoiler, an aggressive skit plate and single exhaust pipe.

The MG Hector will be retailed in 1.5-litre turbo petrol engine developing 143 hp and 250 Nm and is mated to either a six-speed manual or a six-speed DCT. It can also be had with a 48 V mild hybrid system which is 12 per cent more fuel efficient and produces 20 Nm additional torque compared to the standard variant. 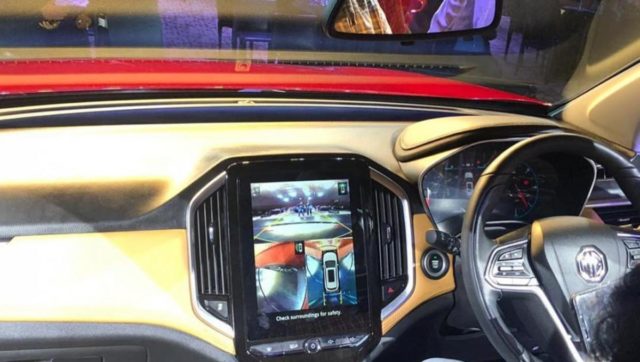 The Hector will become the most affordable 48 V mild-hybrid vehicle upon arrival and has auto engine start/stop along with regenerative braking functions. A 2.0-litre Fiat-sourced four-cylinder diesel that can also be found in the Compass and Harrier produces 173 hp and 350 Nm with a six-speed manual gearbox.