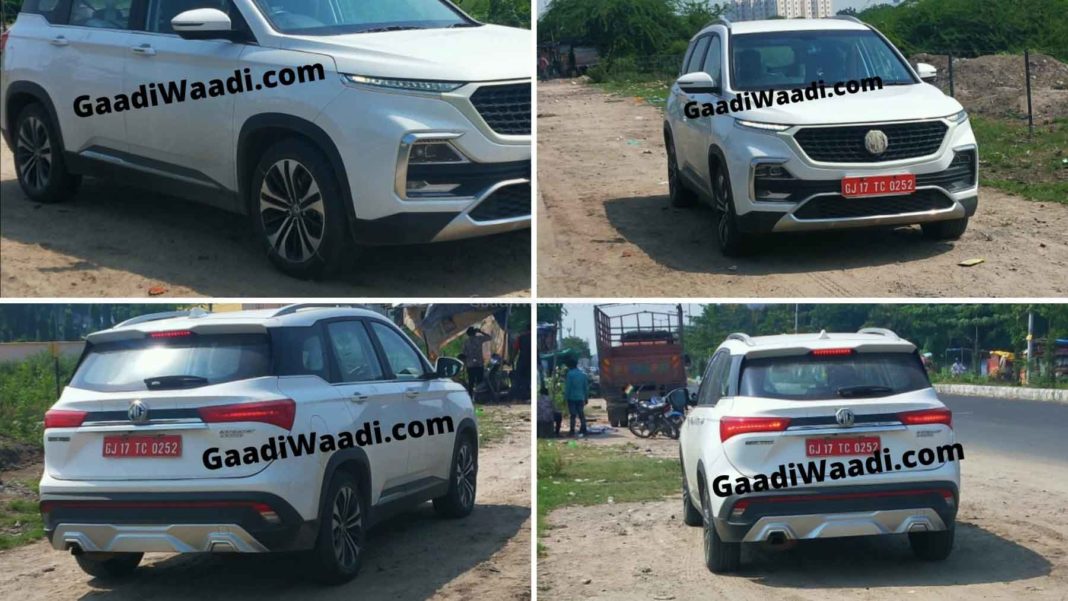 A test mule of the upcoming MG Hector facelift is spied in Vadodara, Gujarat, and it features a few subtle differences over the current model

The MG Hector was launched in India last year in July, and it received a very warm reception initially by  Indian buyers. In fact, the initial response was so overwhelming, that MG had to temporarily halt bookings! After a while though, Hector’s sales figures started to decline. Now, it seems like the company is looking to revive the Hector with a minor facelift.

A test model of the MG Hector was recently spied in Vadodara, with a few subtle aesthetic changes. At the front of the car, we see a new mesh design for the grille. That said, the chrome outlining on the grille, the vertically split headlamps design, the front bumper, etc., are all the same as before. At the sides, we see a new set of 17-inch dual-tone alloy wheels.

Other than that, the side profile of the car is completely unchanged. The rear section, the only difference is in the strip between the taillamps. The current model has a red strip running horizontally between the taillights, with a thin chrome strip in the middle. On the test vehicle, we see a black strip with a thick chrome underline instead. The rear bumper, reflectors, etc., are unchanged though. 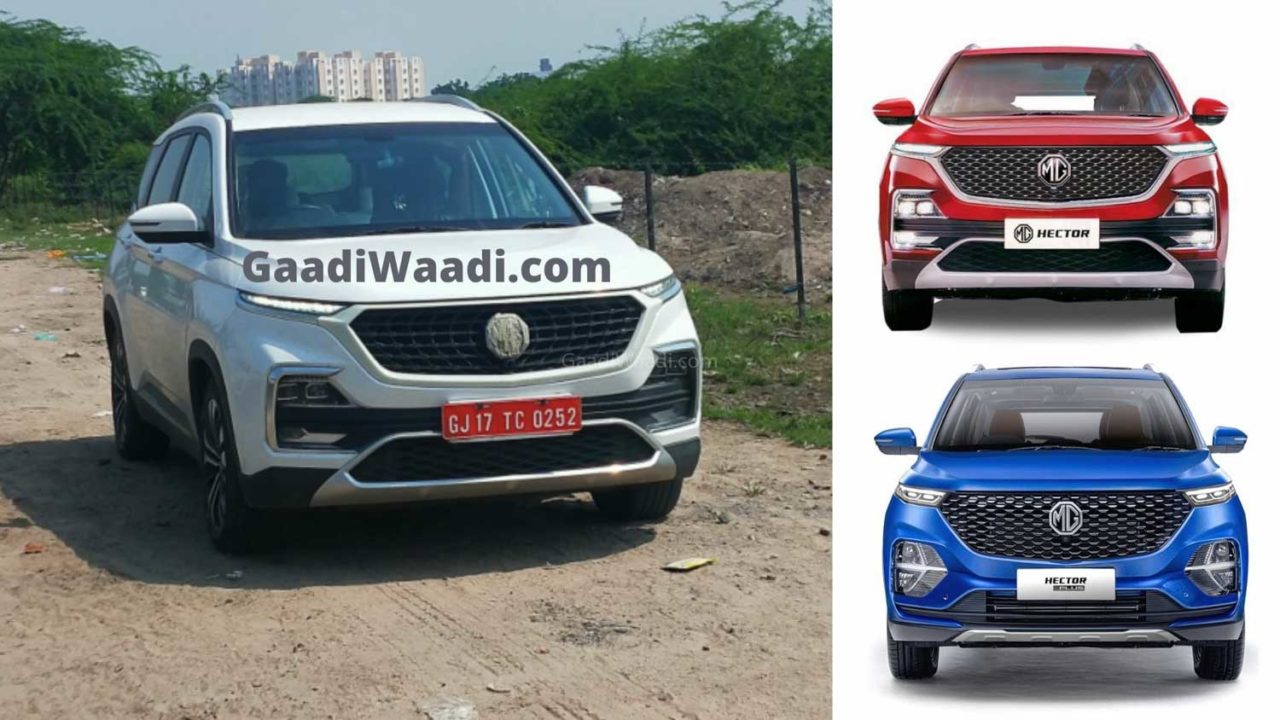 As can be seen here, the MG Hector facelift only gets a few minor changes, too subtle to note in the first glance. This is understandable as the vehicle was only launched last year in India, and its design is relatively new. As for the mechanicals of the SUV, we don’t expect any changes in the engine and powertrain options.

The MG Hector is available with three engine options. The first one is a 1.5-litre turbo-petrol engine, with 141 HP and 250 Nm of maximum power and peak torque. The second option consists of the same 1.5L turbo-petrol with a mild-hybrid system, with the same peak power and torque figures. Transmission options include a 6-speed manual and a 6-speed DCT. 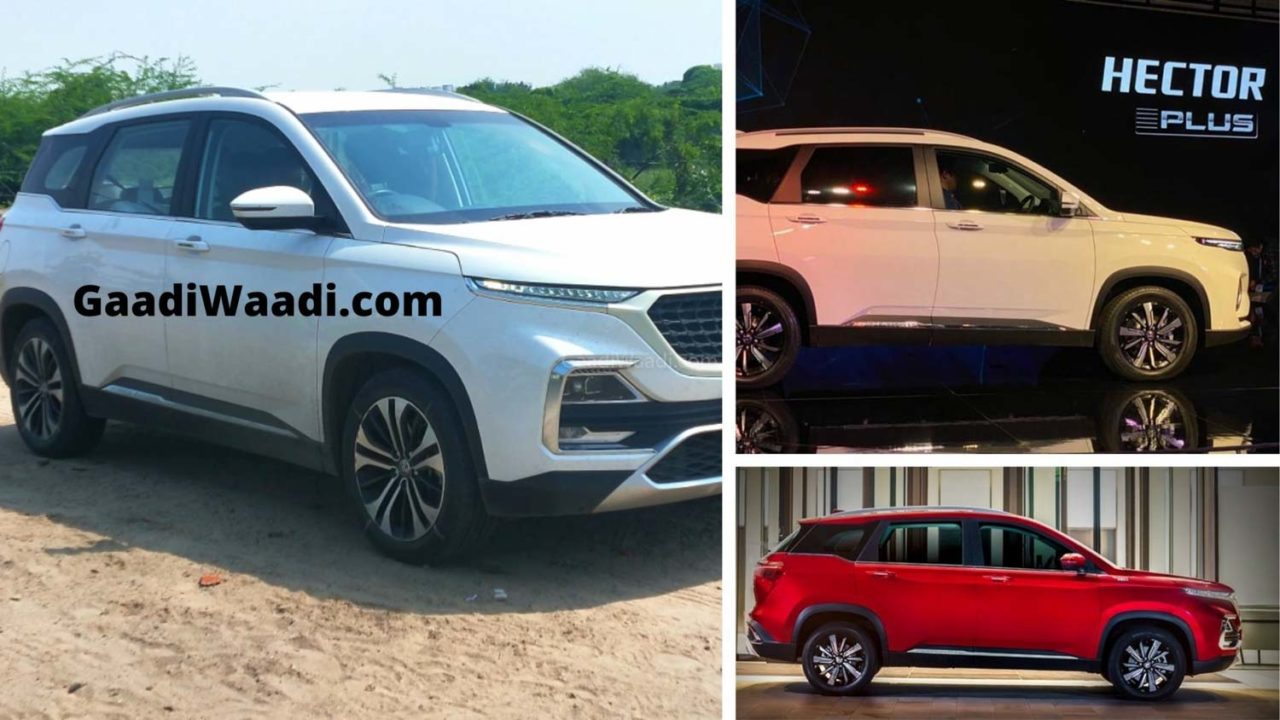 The last engine option is a 2.0-litre diesel mill, which generates a maximum power of 168 HP and a peak torque of 350 Nm. This motor can only be had with a 6-speed manual transmission. MG has recently introduced a dual-tone paint scheme on the Hector, which will also be available on the facelift model.