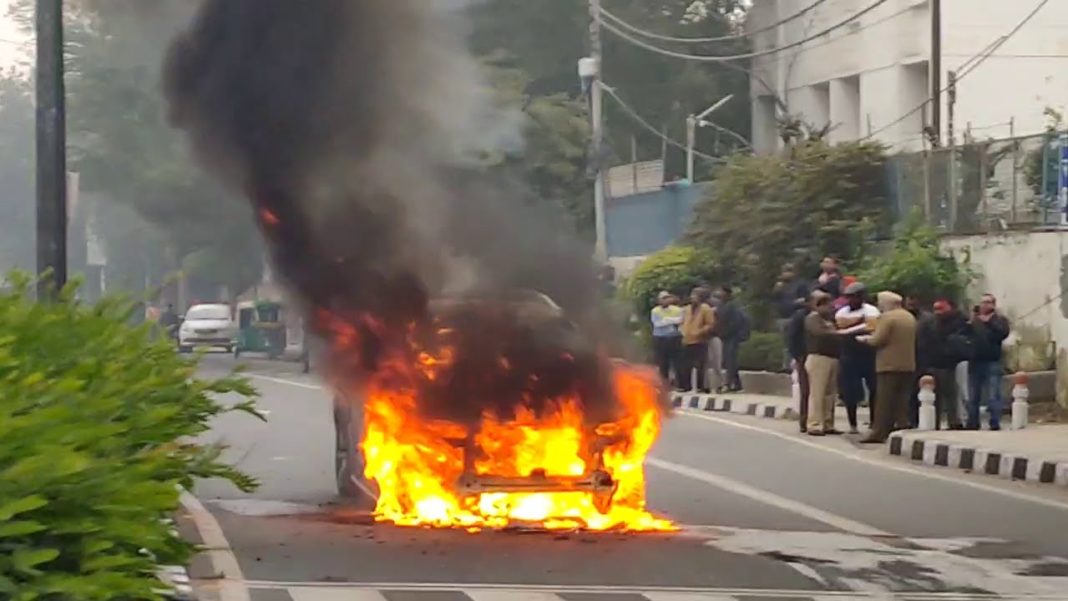 A few days ago, a video emerged on Youtube showing a Hector engulfed in flame sent shockwaves to the enthusiasts and owners alike. The dramatic scenes were caught on camera in Delhi at the LG House road. The burnt Hector appears to be the top-spec petrol DCT variant in Aurora Silver paint scheme.

Seeing the video, several people were on a rage pointing the blame at the British manufacturer owned by China’s SAIC. The video shows the Hector’s front end getting completely destroyed in the fire as the safety aspects of the mid-size SUV were questioned to a greater extent in social media platforms and associated forums.

Clearing the air, MG Motor was quick to react and investigate the causes of the incident. This resulted in the owner releasing an official statement as he appreciated the brand for reaching out to hime and proactively seeking the problem that resulted in the dramatic turn of events on January 20. He also stressed that everyone involved in the fire accident were safe.

He further said the quick response from MG furthered his confidence in the company and fitting some accessories in his car from a third party vendor at a dealership could have been the major cause of the fire accident. We do hope no such incidents happen in the future as they may result in fatal injuries in most cases and we are glad that the owner and the associated members are safe and sounding.

Electrical issues cause sudden fires in several cases and they will be too late to put out before quickly attended by the owner and thus any modifications to your new car of any kind should be done carefully. 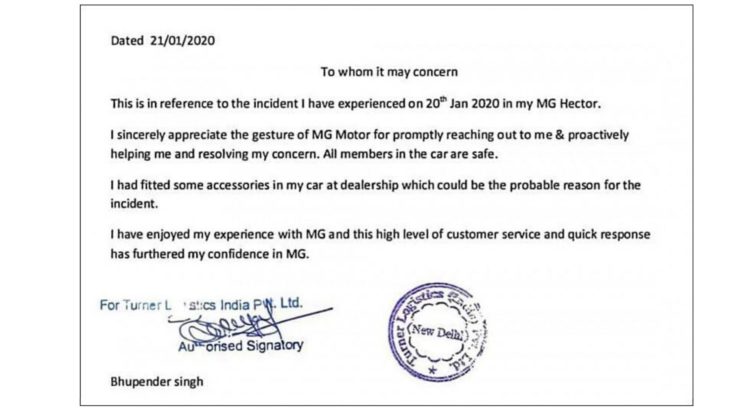 MG is preparing to expand its domestic portfolio locally and introduced the ZS electric SUV in two variants at aggressive price tags. It will be followed by the Maxus D90 based full-size SUV and the three-row version of the Hector and they are expected to debut at the 2020 Auto Expo next month.