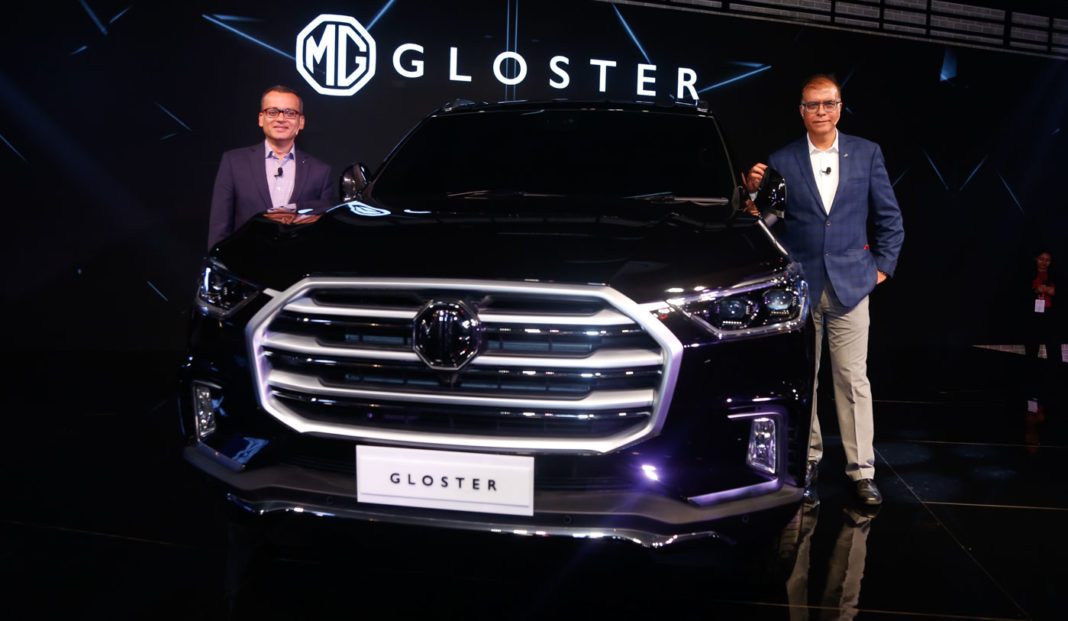 The full-size premium SUV space is set to get a new contender this year, in the form of MG Gloster

MG Motor India has officially unveiled the full-size Gloster SUV, which is basically a rebadged version of the Maxus D90 SUV sold in countries like China and Australia. Maxus is also owned by SAIC Motor, and since the Chinese automaking giant has already marked a footprint in the Indian market with the MG brand, it only makes sense to retail it under the British subsidiary as well.

The full-size body-on-frame Gloster SUV will go on sale later this year, and will be pitted against the likes of Toyota Fortuner, Ford Endeavour, Mahindra Alturas G4 and Isuzu MU-X as well. However, with a length of 5,005 mm, a width of 1,932 mm, a height of 1,875 mm and a 2,950 mm long wheelbase, the Gloster is bigger than all its competitors.

Just like the Chinese-spec Maxus D90, the Gloster also comes with a 2.0-litre turbocharged petrol engine, along with a 2.0-litre bi-turbo diesel mill, which was recently introduced for the car. The petrol motor makes 224 PS of max power and 360 Nm torque, while the diesel engine produces 215 PS/480 Nm.

The transmission duties on the petrol-powered car are handled by a 6-speed manual gearbox, along with an optional 6-speed auto. Whereas the diesel variants are offered with either a 6-speed MT, or an 8-speed automatic transmission.

MG has loaded the Gloster with features which include a three-zone climate control, a 360-degree camera, power adjustable and electrically operated driver’s seat, an 8-inch digital instrument cluster, a panoramic sunroof, a 12.3-inch touchscreen infotainment system with Apple CarPlay and Android Auto integration, and an inbuilt air purifier as well.

Upon launch later this year, the Gloster will go on to become the Chinese-owned British carmaker’s flagship SUV in India. We expect it to carry a price tag of around the Rs 30 lakh (ex-showroom) mark. The Gloster is even bigger than Toyota Land Cruiser Prado and Jeep Grand Cherokee giving it a significant advantage over the Fortuner and Endeavour. It will definitely have a 4×4 system to showcase its off-road prowess.