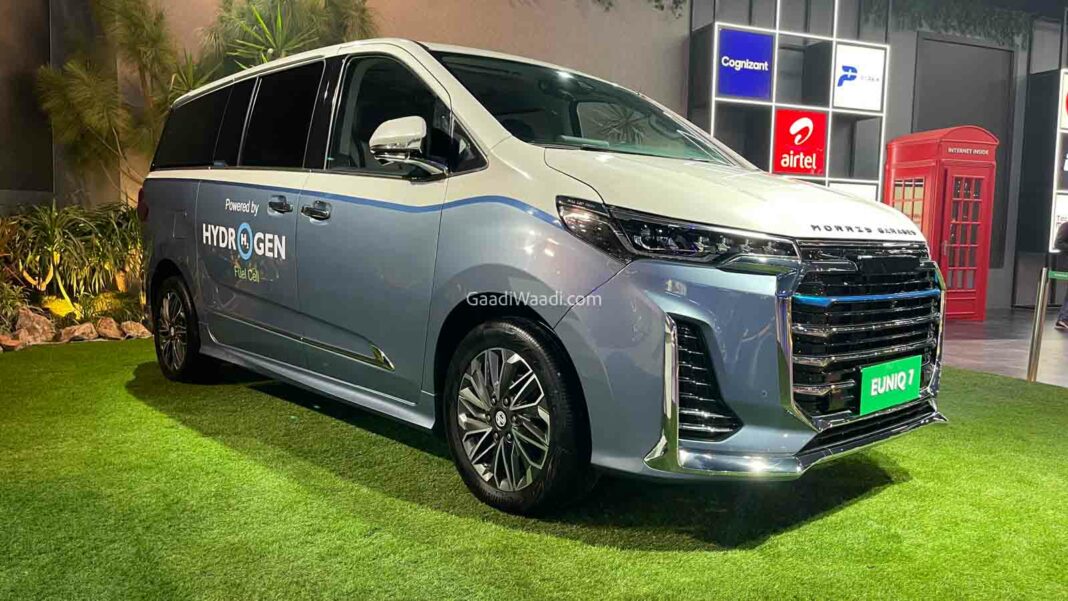 MG Euniq 7 IS equipped with a hydrogen fuel cell system capable of producing 201 hp on tap; has a range of over 600 km

MG Motor India has showcased a number of new models from its global portfolio at the 2023 Auto Expo, hosted in Greater Noida. Some of the models that have made their local debut will make their way to the showrooms in the near future and MG has used the opportunity to garner feedback from potential customers, show-goers and media at the biennial event.

The British manufacturer owned by China’s SAIC has displayed a couple of MPVs, one is the MIFA 9 and the other is the Euniq 7, which is fuel cell based. It is no secret that the brand is looking to bring in eco-friendly models as the MG6 X-Power PHEV sedan, MG4 electric hatchback and MG5 electric station wagon have also graced the show floor.

The MG Euniq 7 IS equipped with a hydrogen fuel cell system capable of producing 201 hp on tap and the hydrogen fuel tank has a capacity of 6.4 kilograms. The FCEVs are more conventional and practical than battery electric vehicles due to the ability to refill the H2 tank in just a few minutes and the real tailpipe emission is nothing but water. 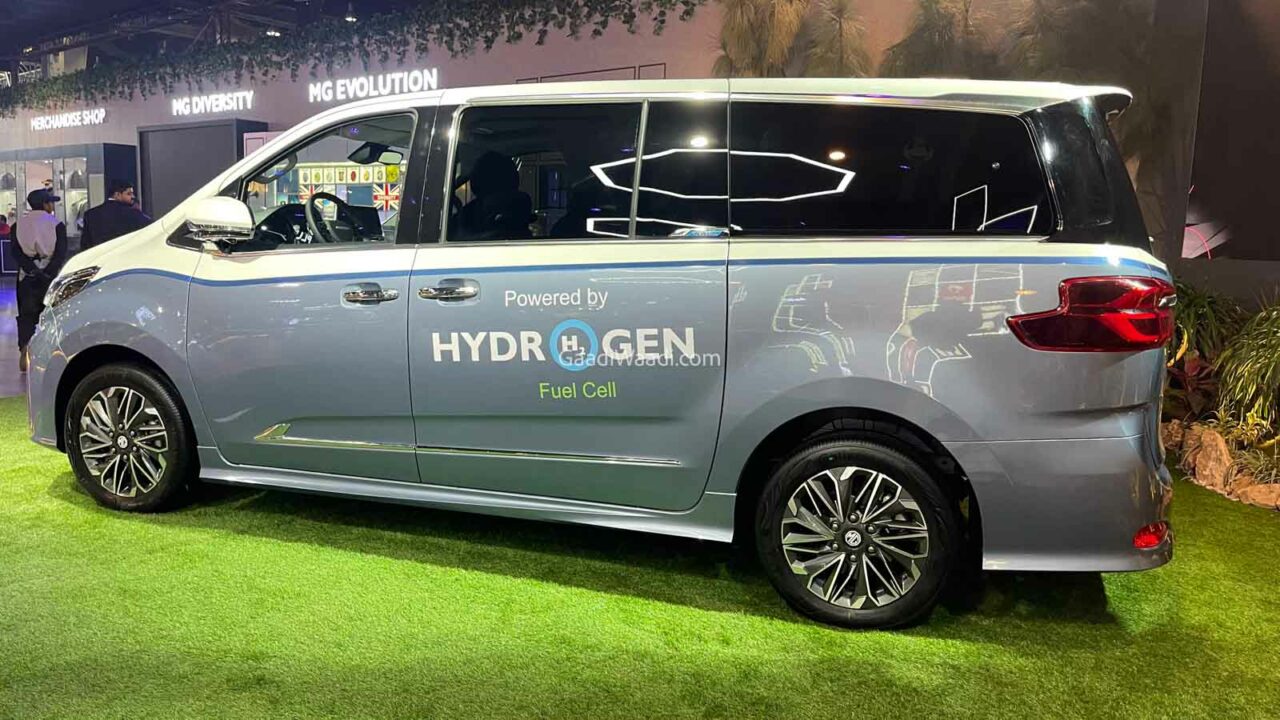 Moreover, the fuel cell electric vehicle technology enables high range capabilities. In the case of the MG Euniq 7, the claimed range stands at up to 605 km and the hydrogen fuel tank can be refilled in just a few minutes. The Euniq 7 only acts a technology demonstrator for the brand but the MIFA 9 could be considered for a launch in the near future.

The Euniq 7 is not the only FCEV featured at the 16th edition of the Auto Expo though as Toyota has brought in the Mirai and the Hyundai with Nexo. The seven-seater premium MPV is loaded with features and modern technologies on the inside such as ADAS based driver-assistive and safety systems, a panoramic sunroof, a fully-digital instrument console, a floating touchscreen infotainment system, etc.

On the outside, the MG Euniq 7 boasts an upright front fascia with multiple vertical chrome grille slats and abundant use of chrome across different elements. A blue horizontal strip highlights its environmental friendly nature and the prototype on display wears a dual-tone colour scheme.