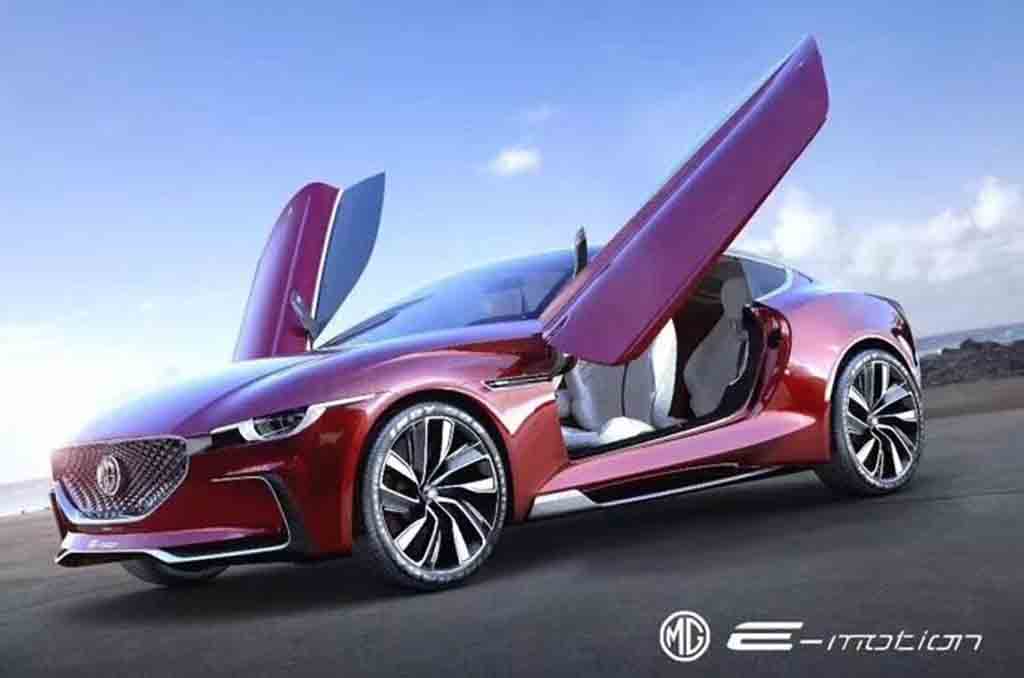 MG E-Motion electric sportscar concept is claimed capable of reaching 0-100 kmph in less than 4 seconds; comes with a driving range of nearly 500 km

SAIC owned British brand MG has unveiled its E-Motion sportscar concept at the ongoing Shanghai Motor Show. The sportscar is going to be a big leap forward for MG from its current crop of vehicles and it looks very attractive from every angle we look at it. Due to the positive response SAIC might give it a green light for production by the end of this decade.

In terms of design, the MG E-Motion sports a large grille with chrome accent. It sports sleek LED headlamps and the front bumper comes with sculpted appearance. The hood features sleek crease running towards the nose section. Expect carbon fibre trim to be used on the body of the car if it hits production. At the side profile, the MG E-Motion gets large sporty alloy wheels which get blade like design. 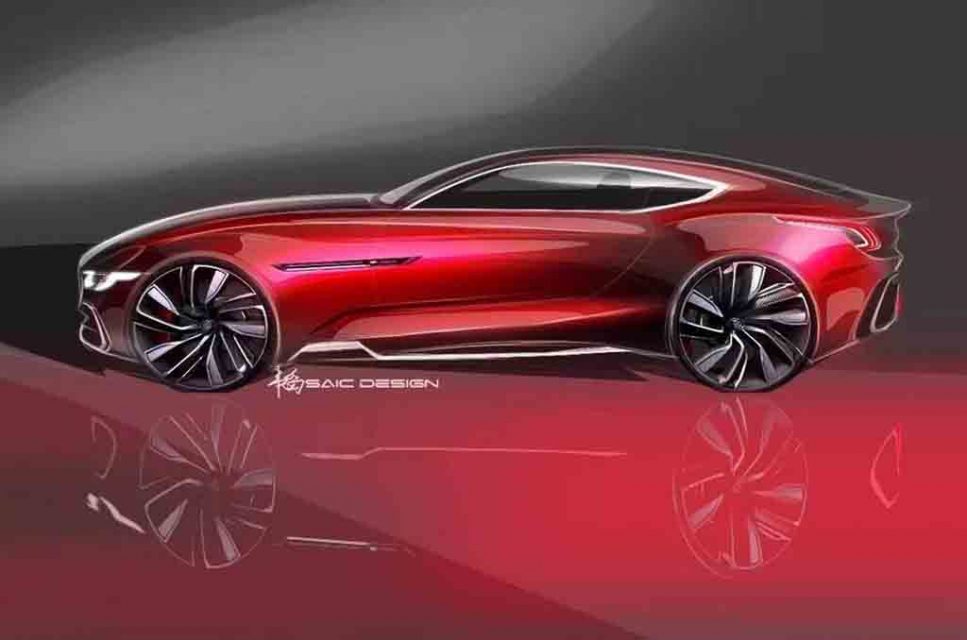 The gull wing doors surely enhance the visual appeal of the MG E-Motion, and the concept has been designed keeping the aerodynamic efficiency in mind. The huge glass panoramic roof along with nicely curved line gives the cabin a premium and spacious feel. The rear of the sportscar concept gets a Ferrari inspired styling.

The rear profile sports aggressive look with the diffuser, while the LED taillights appear with a sleek design. The cabin seating capability for four occupants and it could come with loads of advanced techs and features. Speaking about the power source, MG is yet to reveal further detail about the car, but it will arrive powered by a fully electric powertrain. The concept will be able reach 0-100 kmph in less than 4 seconds, and it will be able to run 482 km on a fully charged battery. 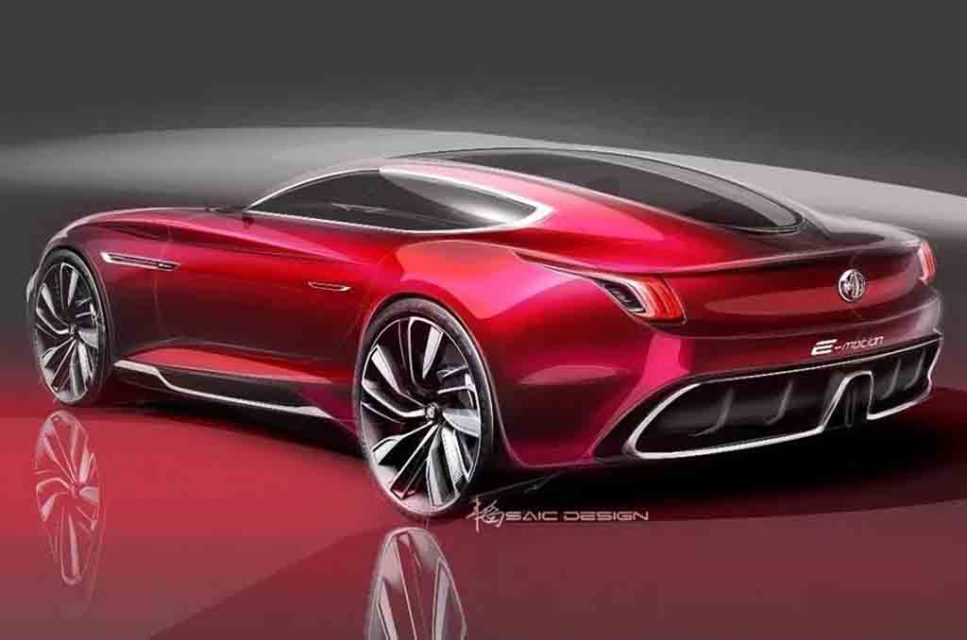 Speaking about the MG brand, we reported last month that the British company is aiming to enter the Indian market through Chinese automaker and its parent group SAIC. The Chinese automaker has already registered itself as MG Motor India and it may finalise the purchase of the GM’s Halol plant in Gujarat soon, where the brand is expected to produce its own cars.