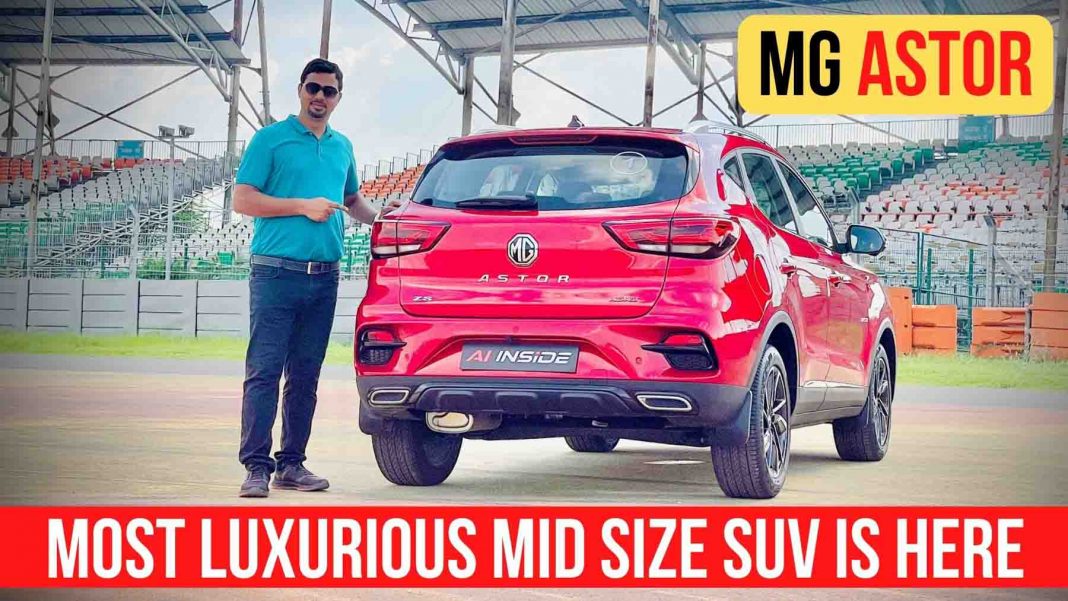 MG Astor will be offered in eight variants and will be powered by either a 1.3-litre turbo petrol or a 1.5-litre NA petrol engine

MG Motor India will officially reveal the prices of the Astor midsize SUV tomorrow for the domestic market and it will be offered in a total of eight grades namely Style, Super, Smart Std, Smart, Sharp Std, Sharp, Savvy and Savvy Red. The Astor is based on the facelifted ZS sold in the international markets and is essentially the petrol-powered ZS.

The MG Astor comes with a host of segment-first features to take an advantage over its rivals such as Hyundai Creta, Kia Seltos, Nissan Kicks, Skoda Kushaq, VW Taigun and Renault Duster in the highly competitive midsize SUV space. The Astor will firmly rival these models as it measures 4.3 metres in length compared to the slightly bigger MG Hector.

As for the performance, the MG Astor derives power from two petrol engines as no diesel engine will be available. The 1.3-litre turbocharged petrol engine is paired only with a six-speed torque converter automatic transmission and it develops around 140 horsepower while the 1.5-litre naturally aspirated petrol makes 110 horsepower.

It is hooked with a manual transmission as standard and an eight-step CVT can be had as an option. The manual transmission-equipped 1.5-litre petrol mill will be sold across the range except for the range-topping Savvy and Savvy Red trims while the Style won’t be offered with a 1.3-litre engine or an automatic transmission upon launch.