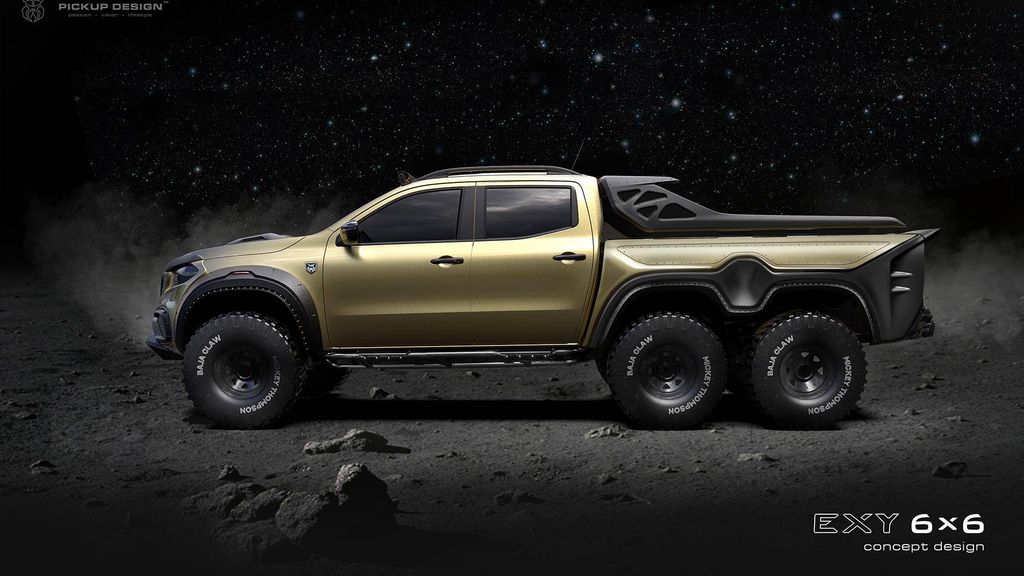 They recently released some images of a concept truck based on the Mercedes-Benz X-Class called the X-Class Exy 6×6 Concept. Carlex design has gone to the extreme and gave the standard truck six wheels and an extended bed and beefy appearing flared fenders. If you think this is just an X-Class with an extra pair of wheels then we must tell you to think again. From what it looks like the Exy 6×6 has been built to survive even an intergalactic warfare.

Carlex design has put in a lot of extra effort of adding their own touches rather than just adding new parts to the stock vehicle. You can notice a newly designed front fascia with huge air intakes towards the front, while adding to the detail the SUV also gets a winch positioned at the center. To make sure that the roads are visible at night they have also added an LED light bar on the roof. For easy entry and exit, the truck gets a side step as well.

Apart from all these changes X-Class Exy 6×6 concept has received significant changes to its rear profile as well. The concept truck gets an extra set of wheels at the rear which has been made possible by making room for an extra axle. The truck also features a redesigned tailgate as well with a huge letter ‘X’ on it. The redesigned rear bumper also gets an integrated dual exhaust outlet to keep things neat.

Apart from the images, Carlex Designs hasn’t released any details about the powertrain yet. However, the X-Class Exy 6×6 Concept needs a lot of power to move those extra set of wheels. Thus you can expect it to be powered by the top end turbodiesel 3.0-liter V6 unit which produces about 258 Hp and about 550 Nm of torque. 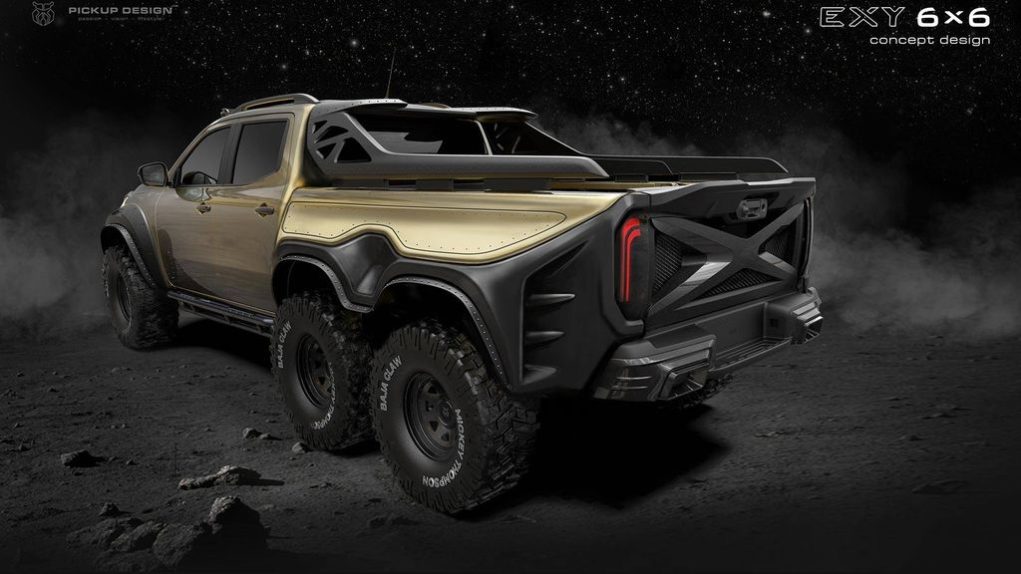 The engine is paired with a seven-speed automatic gearbox. Now what we are actually worried about is the fact that how Carlex design will convert a standard X-Class into a proper and functional 6X6.

It will be quite a tough task for them because they will need another differential and driveshaft to power those extra set of wheels. All of us would really love to see this concept truck turn into reality and rolling alongside the one of a kind Mercedes-Benz G 63 AMG 6X6 real soon.