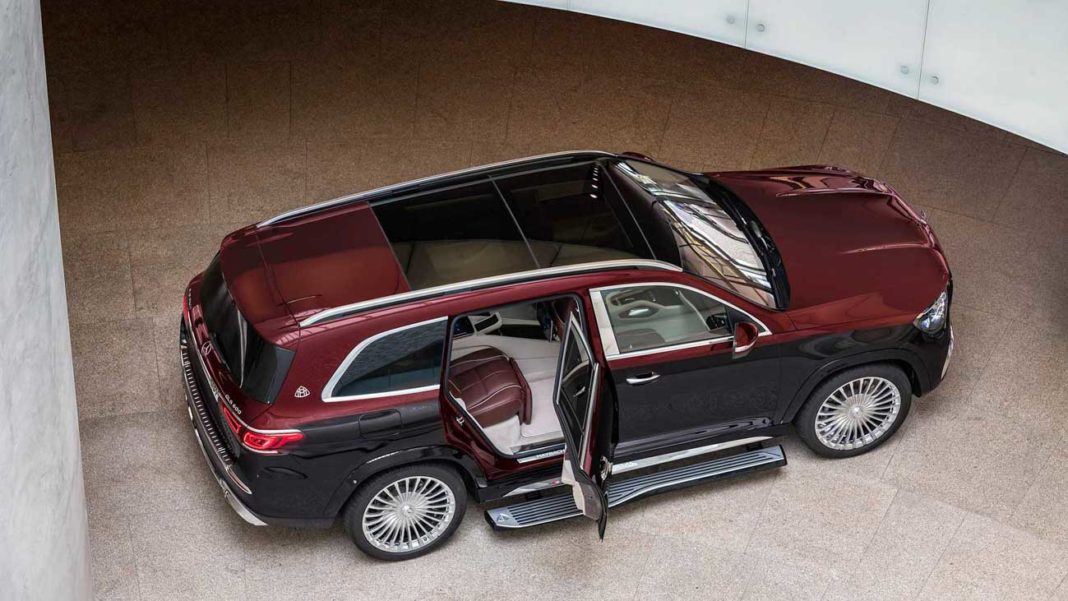 Here is a walkaround video of the exteriors and interiors of Mercedes-Maybach’s first SUV, set to go on sale next year

Mercedes-Maybach unveiled its ultra-luxury SUV, the GLS 600 4Matic last month, which took the luxury automotive market by a storm. The SUV is Mercedes’ response to other opulent SUVs in the market, including Rolls Royce Cullinan and the Bentley Bentayga, and will be launched in the second half of next year.

The Maybach version of the GLS shown in the video sports a Hyacinth Red single-tone paintwork, paired with Maybach-specific 23-inch multi-spoke alloy wheels. The obvious changes over the regular GLS include Maybach logos on the C-pillars, tailgate, as well as the front grille.

The front grille of the GLS 600 gets new shiny vertical pin-strips from its sedan sibling, the Mercedes-Maybach S600. It sports a new mesh-designed chrome grille on the lower bumper, extending itself to the air intakes. The chrome treatment certainly does not end here. It is extensively used all around the car, including the B-pillars, door handles, on the rear bumper etc.

The video also takes you on a tour of the extravagant cabin of the most luxurious Mercedes-Benz SUV one can buy. The car in question is the more luxurious four-seat version of the Maybach GLS, but a five-seat variant is also available.

The one used in the video comes equipped with everything you’ll ever need while on the road, and more. This includes champagne flutes, folding tables, rear-seat entertainment systems, a dedicated fragrance, ventilation and heating system for all four-seats, along with massaging functions. 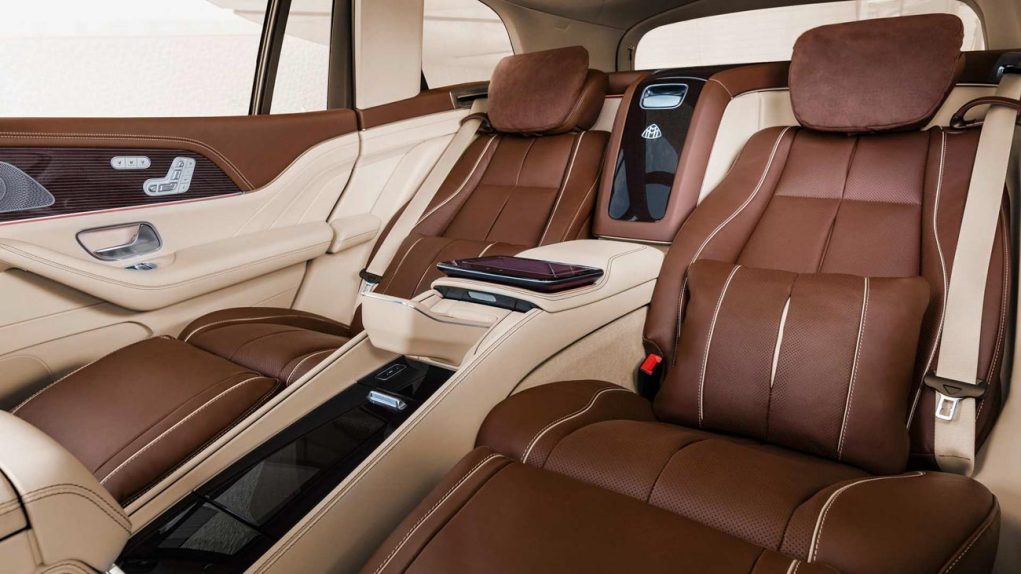 Powering the Maybach GLS is a 4.0-litre turbocharged V8 engine mated to a 9-speed torque converter auto, that puts out 550 hp of peak power and 729 Nm peak torque. The engine is combined with a 48V EQ electric boost, which provides additional 21 hp of power and 249 Nm of torque, for a limited period of time.