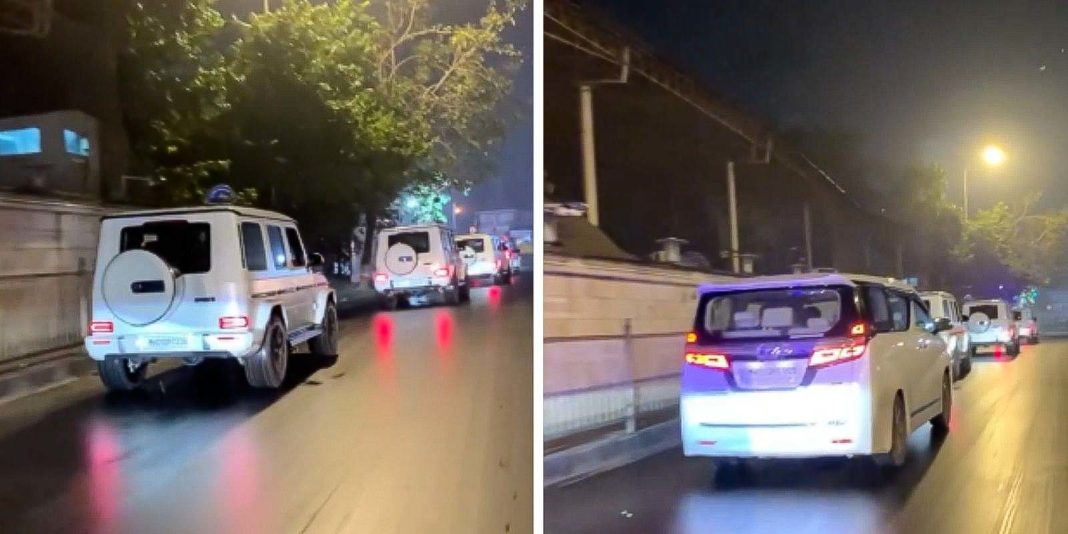 The richest man in the country has a fleet of expensive cars to chauffeur him around and an even bigger fleet of vehicles to safeguard him. The Z+ security was seen on public roads moving in luxury SUVs like Land Rover Discovery Sport and BMW X5 along with full-sized SUVs like Ford Endeavour and Toyota Fortuner. The Mahindra Scorpio and Honda CR-V were also spotted in Mukesh Ambani’s security range.

In particular, the Land Rover Range Rover Vogue used by the security had POLICE sticker and roof mounted strobe lights while some others did not have such modifications. In a latest video uploaded on Instagram, Mukesh Ambani’s security team appears to have added Mercedes-Benz G63 AMG and four of them could be seen on the video. Each of them costs around Rs. 3 crore (on-road) in India.

This makes the Mercedes-Benz G63 AMG the most expensive vehicle in Mukesh Ambani’s security fleet while the Toyota Vellfire is another highlight in the video. The former derives power from a 4.0-litre twin turbocharged V8 engine producing a maximum power output of 576 bhp and 850 Nm of peak torque. It is connected to a nine-speed AMG speed-shift automatic transmission.

It sends power to all the four wheels through a 4MATIC AWD system. In its stock trim, it is claimed to do zero to 100 kmph in just 4.5 seconds before reaching an electronically limited top speed of 220 kmph. The Mercedes-Benz G63 AMG features Panamerica grille, alloy wheels, LED headlamps, signature G-Class design, three-pointed star emblem and dual digital displays with latest MBUX operating system.

The equipment list also comprises of quilted leather seats, chromed out plastic finish, electrically adjustable seats, AMG badges and stitching, etc. The Vellfire luxury MPV costs just over Rs. 1 crore in India and it was launched last year in a fully-loaded Hybrid variant utilising a 2.5-litre four-cylinder petrol engine. The hybrid system has a combined power output of 115 bhp at 4,700 rpm and 198 Nm of peak torque.