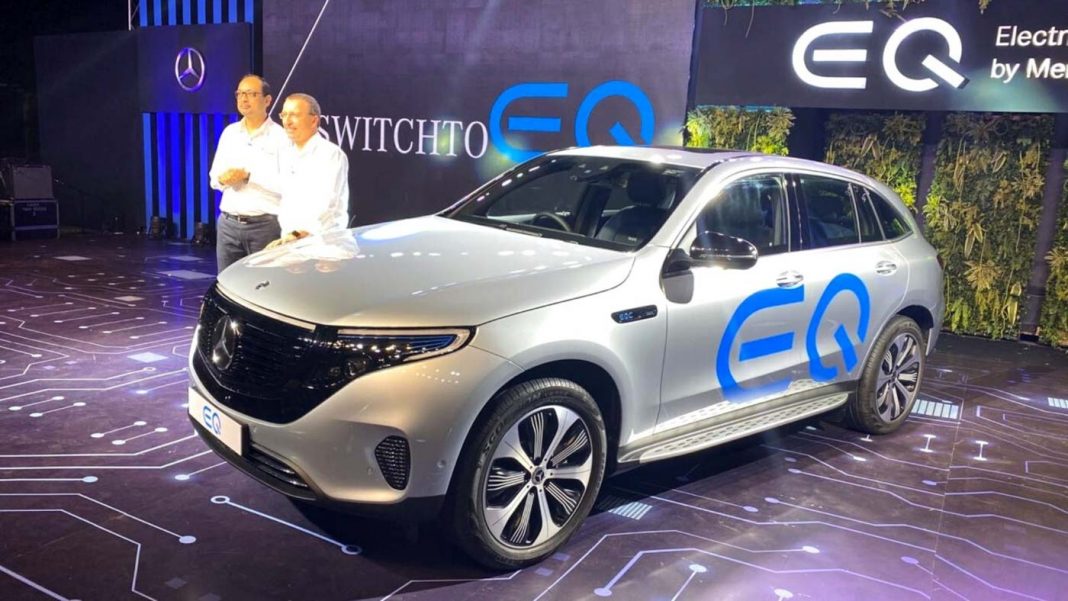 With the debut of EQ brand, Mercedes Benz looks to be the first luxury carmaker to bring its EV offensive in India

After several rumours and false alarms, Mercedes Benz India Ltd (MBIL), the oldest luxury car marque of the country, has finally unleashed its EV offensive with the debut of the EQ brand. With this, the Indian subsidiary of the Stuttgart-based luxury carmaker joins the likes of MG Motor and Hyundai in the list of car brands that have decided to offer premium EVs.

With the local debut of the EQ brand, Mercedes Benz India Ltd will now bring the EQC SUV to our shores by April 2020. The first all-electric SUV from the company has been on sale abroad and by 2022, the company plans to bring in an electric variant of every model to its lineup. Also, worth mentioning here is that developing car markets like that of ours will play an important role in the company’s EV strategy.

While the Mercedes EQC is already on sale abroad, the company plans to expand its EV lineup with all-electric models based on its current crop of vehicles. In line with this, the company will launch electric versions of the GLA-Class (EQA), B-Class (EQB), E-Class (EQE), GLB-Class (EQB) and S-Class (EQS). The EQC SUV comes with a dual-motor all-wheel-drive layout that comprises two asynchronous electric motors. While one of these is mounted on the front axle, the other one sits on the rear.

The electric powertrain of the Mercedes EQC gets its juice from an 80 kWh lithium-ion battery, which, on WLTP cycle, can provide a driving range of 417 km. Together, the two motors offer a maximum power of 402PS, while the peak torque is rated at a whopping 760 Nm. The top speed is electronically limited at 180kmph and the e-SUV can sprint from 0 to 100 kmph in just 5.1 seconds. The battery can be recharged from 10% to 80% in a matter of just 40 minutes using a DC fast charger.

Also, Mercedes Benz India is already the first luxury car marque in the country whose entire lineup of vehicles is compliant with the forthcoming BSVI emission norms. After introducing its EQ brand in the country, the company will now focus on bringing in the new-gen GLE-Class to our market. Also, the carmaker has already confirmed that we will see it introducing new generation models of the GLE Coupe, GLS and AMG GT later this year.