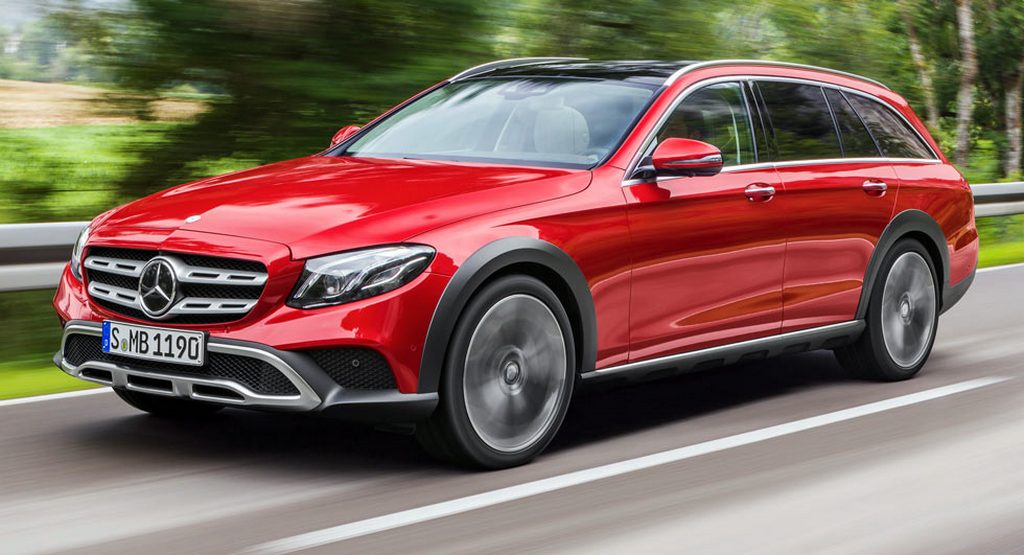 Mercedes E-Class All-Terrain estate will go on sale later in 2018 in India; to compete against Volvo V90 Cross Country

Primarily focused on competing against the Volvo V90 Cross Country and Audi A6 Allroad in the international markets, the All-Terrain is a purpose-built model in the E-Class range. The German luxury automaker has made changes to the exterior of the regular E-Class in order to accommodate a new body style solely for the new version.

The brand has provided 4Matic All Wheel Drive system as standard while other modifications made are prominent wheel arches, enlarged dual-slated front grille and of course the wagon body style. Suspension settings can be adjusted through Mercedes’ Air Body Control multi-chamber system enabling a ride height change of up to 35 mm. 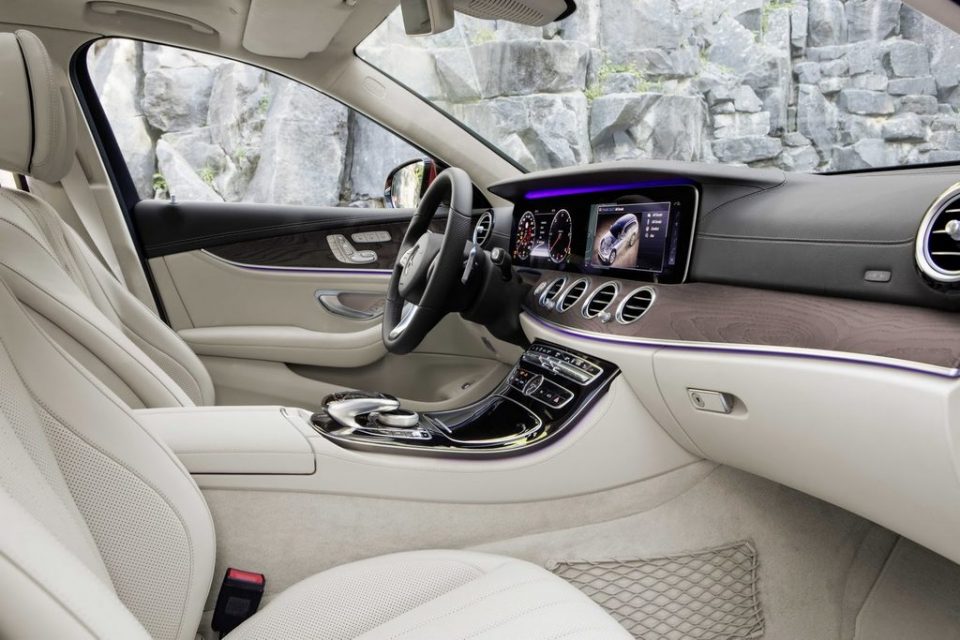 Therefore, with all intends and purposes, the Estate version of the E-Class has been made available with a ground clearance of 156 mm when the settings are at the extreme. Claimed to be the most versatile E-Class ever, it is a combination of all the duties an SUV can perform alongside the space advantages of an estate, innovative safety features and the multi-award-winning E‑Class interior.

Mercedes has had the all-wheel drive system specially tuned for the E-Class All-Terrain. The bigger 19-inch exclusive light-alloy wheels are carefully installed to meet the off-roading requisites, handling characteristics and riding comfort when put to test on any kind of surface conditions. Further changes include, the addition of All-Terrain mode to the Dynamic Select setting.

Also Read: New Mercedes-Benz G-Class To Be Revealed At NAIAS 2018 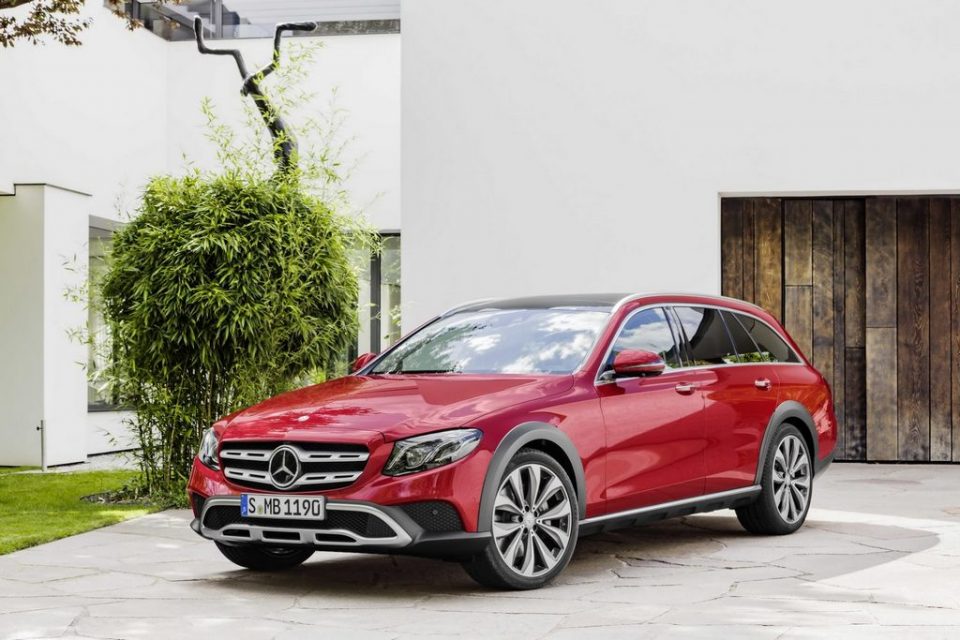 By adjusting the ESP, Active Yaw Control, lifting suspension and ASC, the All-Terrain has been converted into an off-roader. The new Estate will likely be offered with single engine option as the 2.0-litre diesel engine can produce a peak power output of 191 hp and 400 Nm torque. The motor is coupled with a nine-speed 9G-Tronic automatic transmission that helps achieve a top speed of 232 kmph.

The global debut of the E-Class All-Terrain occurred at the 2016 Paris Motor Show and it has acquired an unique place in the global market since its introduction. As the Volvo V90 Cross Country made its way to India in July 2017 with a D5 turbo diesel engine making 235 hp and 480 Nm torque, Mercedes-Benz fancies its chances in the largely unexplored segment. 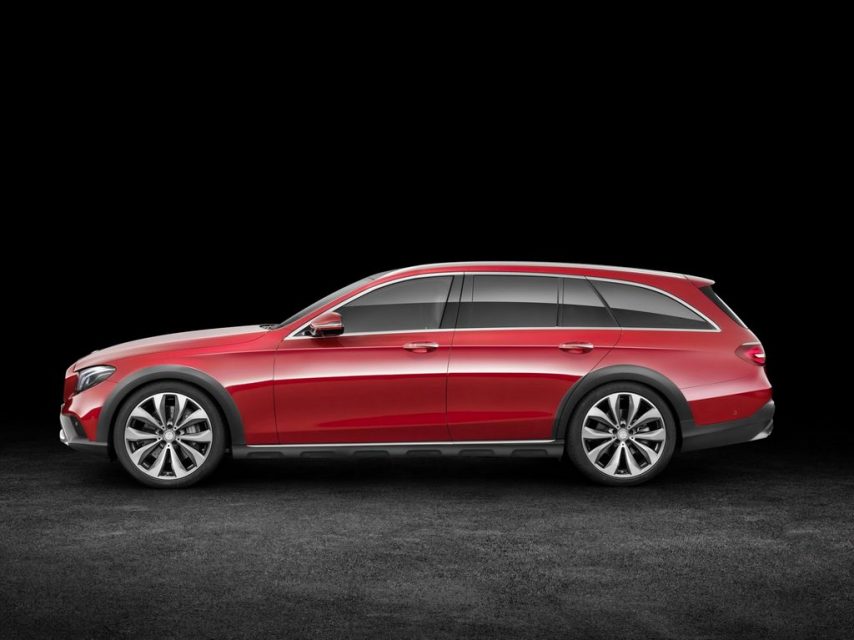 It could be priced between Rs. 55 lakh and Rs. 60 lakh (Ex-showroom) as it will meet local assembly lines sooner rather than later. Mercedes has confirmed that the E-Class All-Terrain will be showcased to the public at Hall No. 15 of the 2018 Delhi Auto Expo in February before going on sale later in the year.

Underlining Mercedes’ presence at the motoring exhibition with ‘versatility’, the new E-Class All Terrain is claimed to be comparable with other SUVs in terms of its aerodynamics, greater ride height and bigger wheels while maintaining its uniqueness. It boasts a striking SUV stance with flared wheel arches and SUV-ish twin-fin radiator grille with a star integrated in the centre.

Also Read: Mercedes-Benz E-Class All Terrain 4×4² Is A Monster on Wheels

The ruggedness of the All-Terrain is complemented by the distinctive front bumper, robust outer load sill protection and the paneling in underride guard electroplated in silver-chrome. The black wheel arch covers are another quirky design element with purpose emphasizing the all-terrain SUV nature.