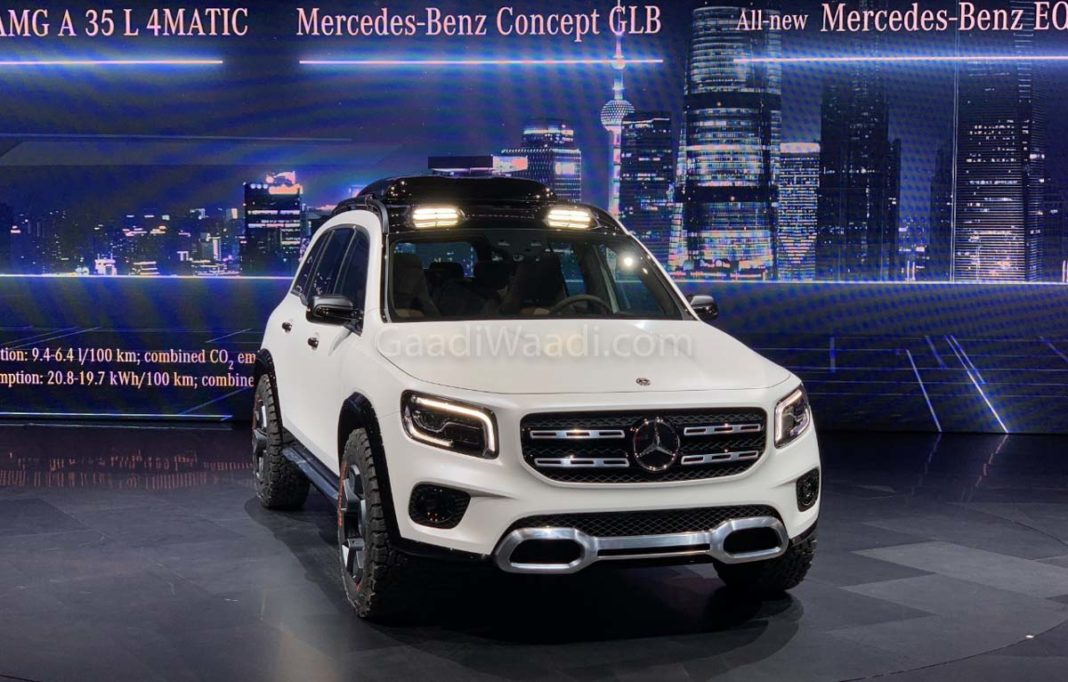 Mercedes Concept GLB previews a new SUV that will be slotted between the GLA and GLC; looks bold and rugged and almost as daunting as its bigger sibling

Mercedes Concept GLA debuted at the Auto Shanghai 2013 while the Concept GLC came in two years later. And now, the company is finally ready with a new SUV that will slot between the above two models. Called the Mercedes Concept GLB, the new model has debuted at Auto Shanghai 2019 and previews a new SUV that will look far bolder and more daunting than the hatchback-on-stilts Mercedes GLA.

The Mercedes Concept GLB seems to be in a near-production form, which, as per the company, “places emphasis on spaciousness with robust character”. It may be noted that the GLA has drawn some flak for being neither spacious nor robust, which means that the German luxury car marque is trying to have all the bases covered this time around.

The Mercedes Concept GLB takes several design cues from the utterly bold and rugged G-Wagen. While the production version won’t get the light bars or the roof box or even the 265/65 R17-spec All-Terrain tyres, it will definitely have the same design, which is characterised by a bold front fascia, upright stance, and nearly the same sheet metal. 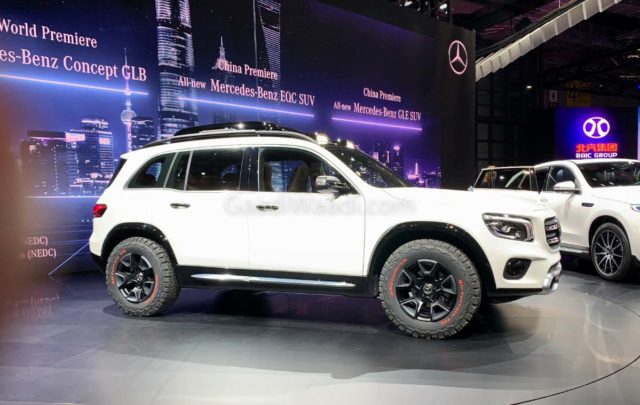 The Mercedes Concept GLB is 182 inches long, 74 inches wide, and 75 inches tall, which makes it substantially bigger than the GLA. Its wheelbase measures 111-inch. In fact, the latest concept is only 1.3 inches shorter than the GLC. Its wheelbase is 2.1 inches shorter, while it is 0.4 inches narrower. However, it’s a whopping 9.5-inches taller, which easily helps it tower over pretty much everything in the segment.

The Mercedes Concept GLB is powered by a 2.0-litre turbocharged four-cylinder engine that produces 224 hp, which is 16 hp more than what the GLA and 17 hp lesser than what the comparable variants of GLA and GLC offer. The new model is built on the same MFA2 platform as the A- and B-Class models. The production version should offer both two-wheel and 4Matic all-wheel-drive variants. 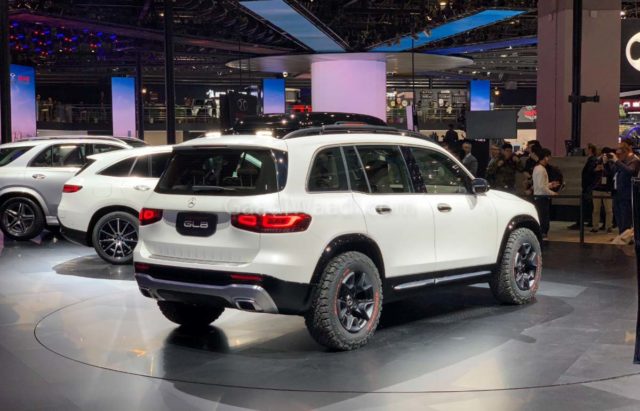 The Mercedes Concept GLB even gets two third-row seats, which is a first for the company in the small premium SUV segment. As per the company, “These seats are far more than emergency seats, and offer comfortable seating for two medium-sized occupants.” An Easy-Entry feature on the second-row seats helps the occupants to have access to the last row.