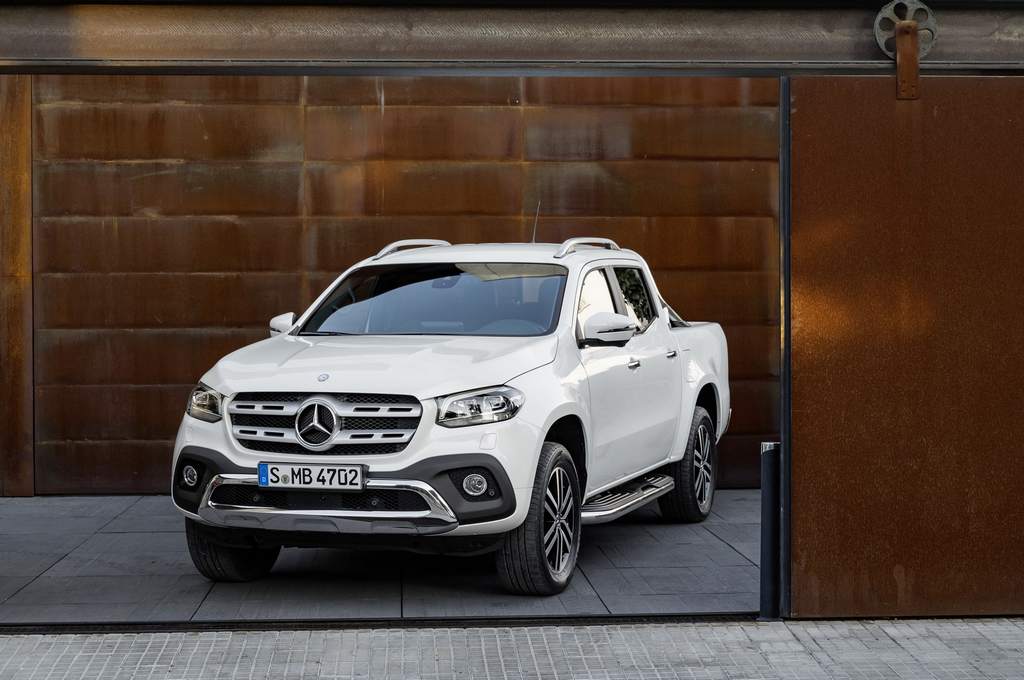 Targeting the higher end of mid-size global pickup segment, the Mercedes-Benz X-Class will be entering European markets this November

Celebrating its Motor Show debut in Sweden as a concept, the X-Class concept was displayed in two variants initially. One in white metallic colour dubbed the ‘styling explorer’ is the most luxurious and the other in sturdy stance is more focussed on adventure and exploring with big off road tyres. It had so much craze that the UK division of Mercedes-Benz was reportedly getting refundable reservation of £1,000 for the X-Class pickup truck and announced a dedicated website even before the production version was showcased.

The move has been done to cater the needs of phenomenal early demand from the customers. The X-Class will go on sale in Europe before eventually hitting markets like Australia, South Africa and Latin America. After weeks of building up, the road-going X-Class has finally been launched yesterday with starting price of €37,294 (Rs. 27.66 lakh). 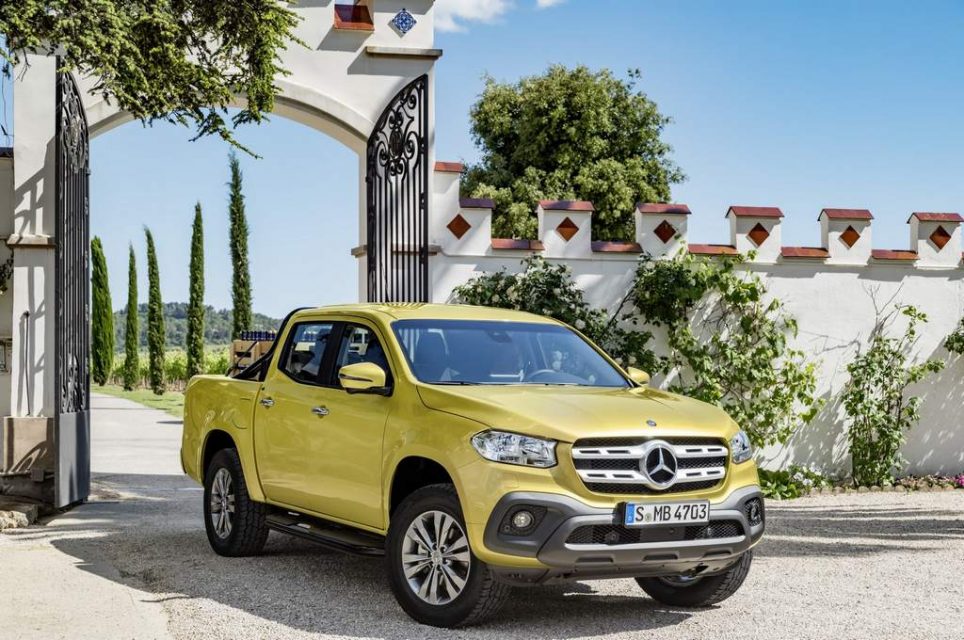 The concept version of the X-Class was unveiled in Sweden last October and it mirrors the production model in plenty of ways. It is developed in conjunction with Nissan, which has huge expertise in the particular segment, and based on the Japanese brand’s Navara NP300 pickup truck. Featuring quirky bodywork, the interior has been brought up to stamp a premium picture.

The German luxury car maker showcased the road and street versions of the truck built on body-on-frame construction. It will be made available with facility to occupy five passengers in crew car configuration with a short bed alongside an all wheel coil spring suspension system for better loading capability and ride comfort. The road-going X-Class will be offered with both rear and four-wheel drive configurations. 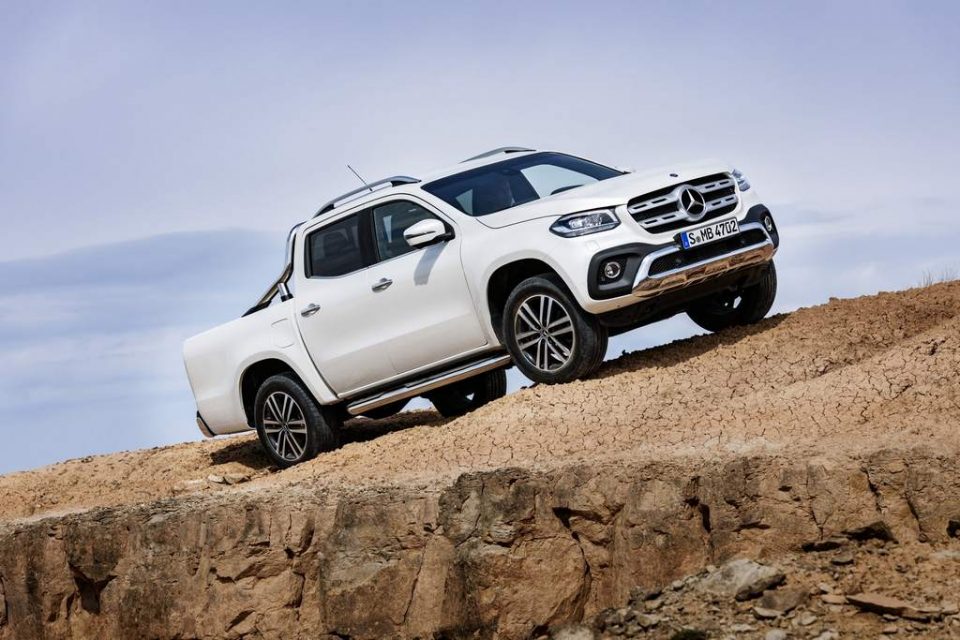 For higher degree of off-roading capability, the all-wheel drive model will be equipped with a low range transfer case and differential locking system. A select range of four-cyl petrol and diesel, as well as a range-topping V6 diesel will be fitted under the engine bay.

Claimed as the first pickup from a premium brand, the X-Class gets prominent grille flanked by LED headlamps along with vertical tail lamp unit, muscular wheel arches, pronounced bonnet structure and plastic body cladding emphasising its ruggedness.
Three different variants will be offered are entry-level X-Class Pure, consumer-based X-Class Progressive, and X-Class Power focusing on lifestyle. A 12-volt socket can be used to power air compressors and saws while the rear bumper has an integrated step that can be removed to allow the tailgate to open 180 degrees. 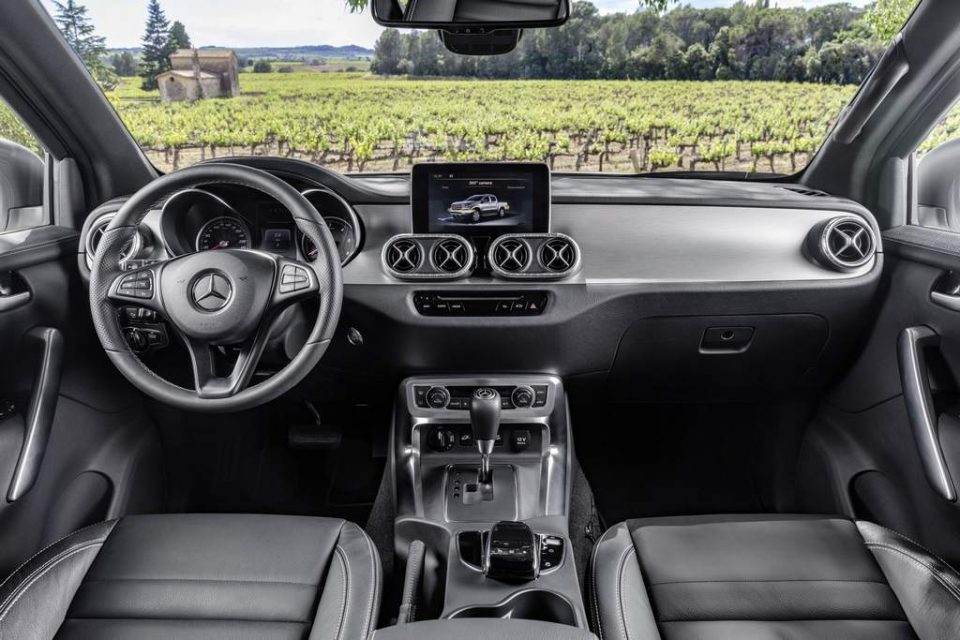 An X 200 with 165 PS and an X 350 d with a V6 engine producing 258 PS and 550 Nm of torque are planned as well. Transmission duty is done by either a six-speed manual or a seven-speed automatic with rear-wheel drive as standard and all-wheel drive on select variants. Mercedes-Benz says it is a fully-blown pickup truck due to the ladder-type frame and a solid rear axle. 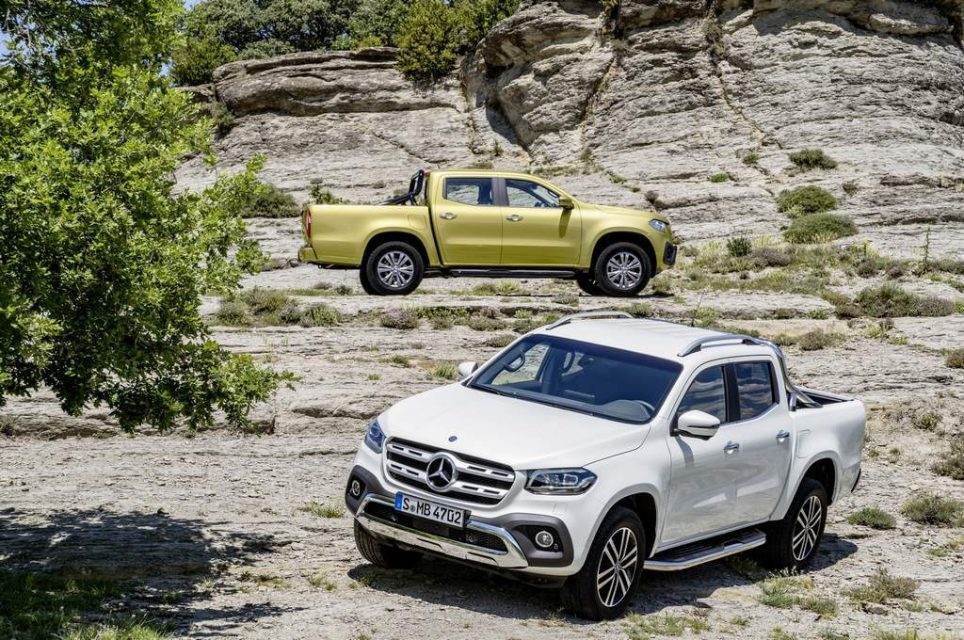 The X-Class has a payload capacity of 1.1 tonnes and can tow up to 3.5 tonnes. It comes with 202 mm ground clearance that can be increased to 222 mm with an option of off-road suspension. Mercedes-Benz has gone on about not just making this pickup an aggressive looker with high payload and good driving characteristics.

The luxury brand has taken a few pages out of its passenger vehicles and applied leather upholstery with real wood trim on the X-Class concept. It will have the latest radar and camera based driver assistance along with infotainment accessible through smartphone application and automatic safety systems. It is likely to be initially manufactured in Spain and Argentina.