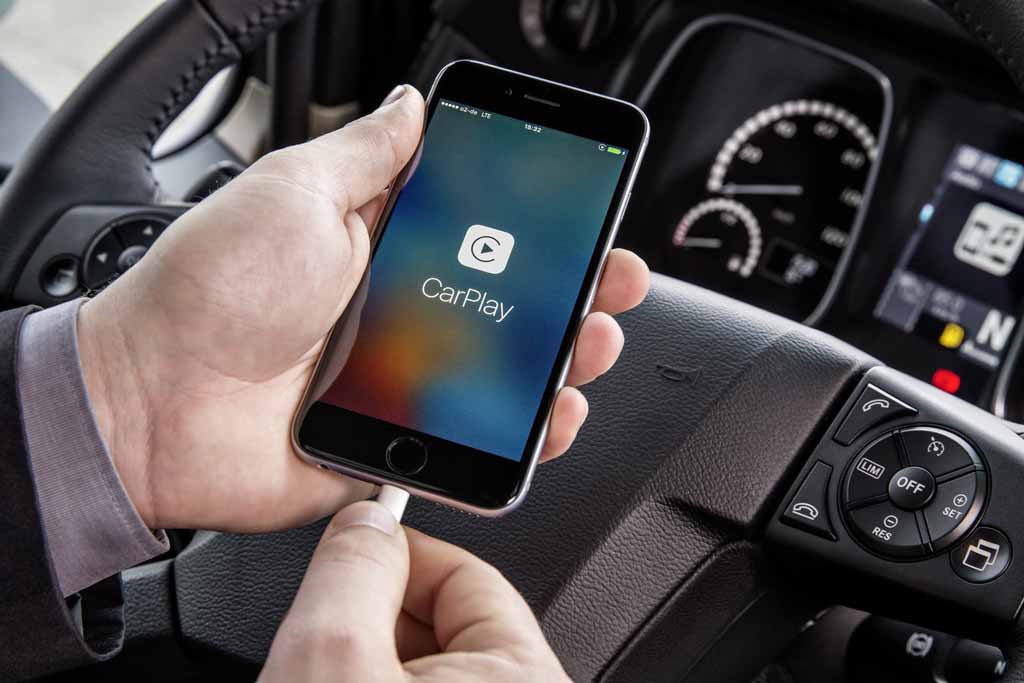 Mercedes-Benz becomes the first truck manufacturer to offer Apple CarPlay and MirrorLink smartphone integration system in trucks. The German automaker has introduced Apple CarPlay and MirrorLinkto its products like Actros, Antos and Arocs. Now, the truck drivers can connect their smartphone and sync it with the truck’s infotainment system. They can also navigate by connecting the phone.

While almost every modern cars around us come equipped with smartphone integration system, trucks don’t come with that. But, Mercedes becomes the trendsetter by offering the CarPlay and MirrorLink to their range of trucks. With this, the drivers can select between four menus – Radio, Medua, Call or Connect. After they connect their smartphone to the truck’s system via USB, a range of apps installed in the phone will be displayed at the truck’s infotainment system. 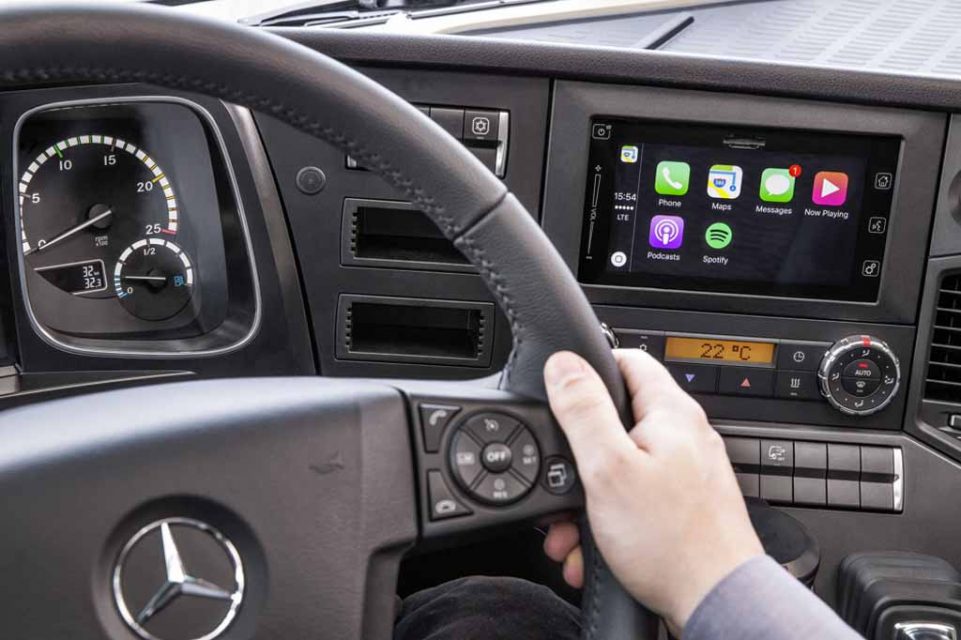 The system will offer the truck driver to control the connect menu via Siri through the advanced voice function. It will let the driver to make or receive phone call easily while driving. The navigating could be done by using voice command. While the apple CarPlay will offer connectivity to the iPhone users, the MirrorLink has been introduced keeping the Android powered smartphone users in mind.

The Android smartphone users also can connect their phone and use the Multimedia Radio Touch radio system in the truck. After they connect the phone to the truck’s system via USB, they will get access to a range of apps. The German automaker believes with the introduction of the smartphone integration to its trucks, the driving and communicating will be much convenient for the drivers and it will be much safer than before. 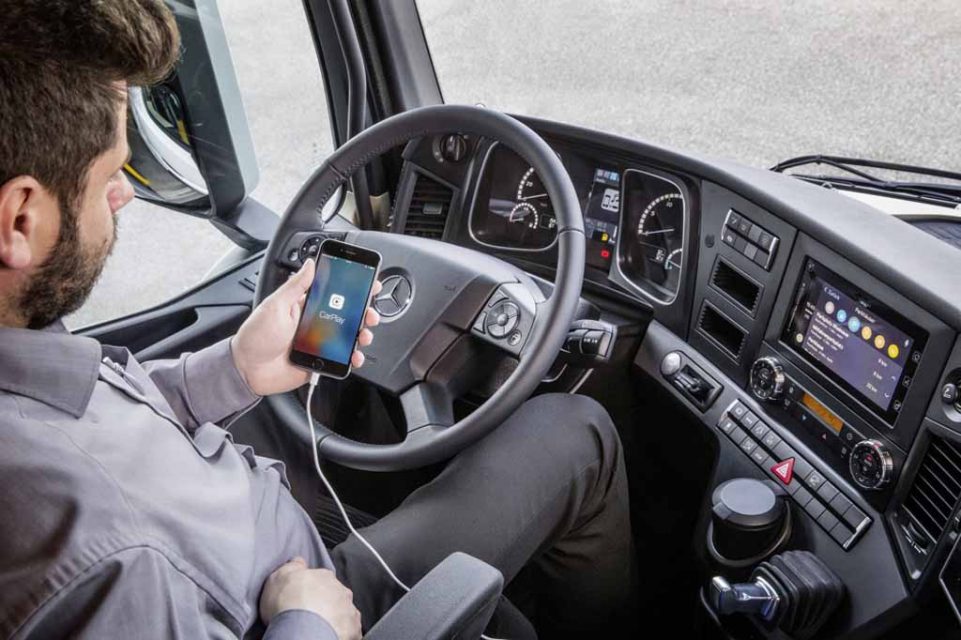 Smartphone integration in vehicles is something, which helps the driver to make or receive phone calls, play music without taking his or her eyes off the road ahead. Also, the system helps the driver to navigate to his or her destination using the vehicle’s system and his smartphone’s map. With Mercedes introduced the tech to trucks, other truck manufacturers around the world are expected to follow the same.