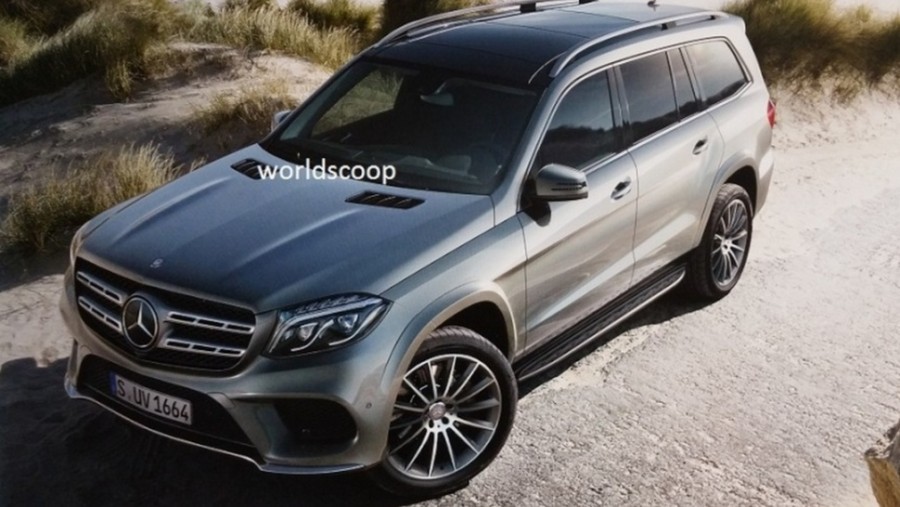 Images of what appears to be a sales brochure of the Mercedes-Benz GLS Class, the GL SUV’s replacement, have been leaked ahead of its scheduled debut at the LA Motor Show.

Leaked on a French online forum, the images straightaway reveal the GLS’ redesigned front end that falls in tandem with Mercedes’ latest design language. It was a high-spec model and featured a twin-slat hexagonal grille and an even bigger three-pointed star emblem, sculpted hood and a deeper bumper with three mesh air dams.

Whilst we expect the low-end versions to be less aggressive, what powers the new nameplate is anybody’s guess. The outgoing GL is currently offered with a 3-litre V6 turbo diesel rated at 240hp and a beefed up 362hp petrol engine of same configuration. 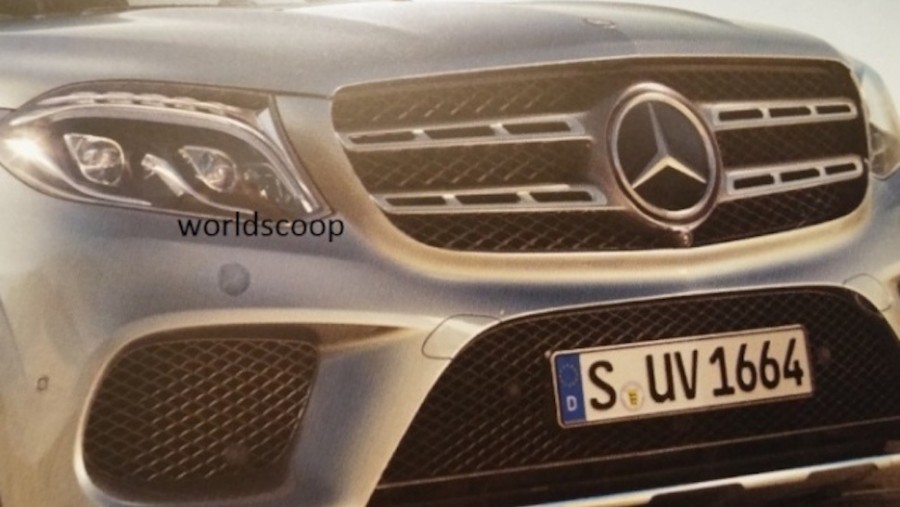 A 4.7-litre V8 pumping out 430hp and in the range-topping GL63 a twin-turbocharged AMG-prepared V8 is also in the mix. Mercedes’ 4Matic four-wheel drive system comes standard as well in every model. The first-ever GLS-Class is the Stuttgart-based company’s biggest SUV and will go on sale as a 2016 model after gracing the auto show in Los Angeles scheduled for November 20-29.

On the inside, a new floating seven or optional eight-inch display screen and revamped center console housing the COMAND infotainment system, with its controller and touchpad that first appeared in the new C-class, alongside fresh colour offerings are anticipated.

Like the outgoing GL, the GLS’ prominent model will be the V6 diesel version that produces 254bhp, dubbed 350d. Whilst the rumours of a chopped down diesel model for some emerging markets cannot be ruled out, Mercedes are expected to go with its latest nine-speed automatic transmission. 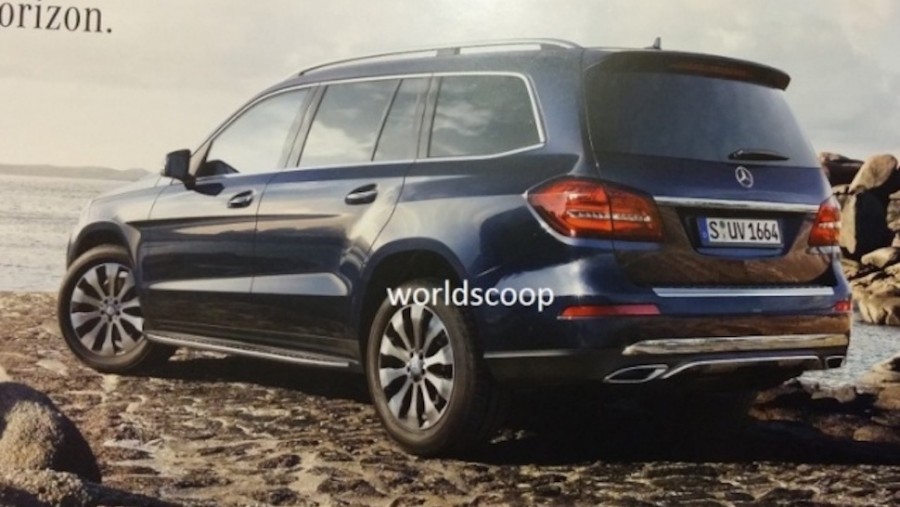 Mercedes GLE-class SUV could give us a sneak-peak into the GLS’ powertrain lineup with the usual V6 and V8 mills topped off by the 577hp AMG model, whilst a 500e 4MATIC plug-in hybrid version churning out 328hp, from twin-turbo V6 petrol motor and a single electric motor, is also in the cards globally.

An ultra luxurious Maybach version of the GLS is also likely to be released. It will rival the likes of Range Rover models developed by the SVO (Special Vehicle Operations) division, W12 engine-powered Bentley Bentayaga and the upcoming SUV from Rolls-Royce’s stable. The all-new GLS SUV could see the limelight in India as early as the middle of next year sticking to the assembly lines of the retiring GL at the Mercedes’ Chakan factory in Pune.