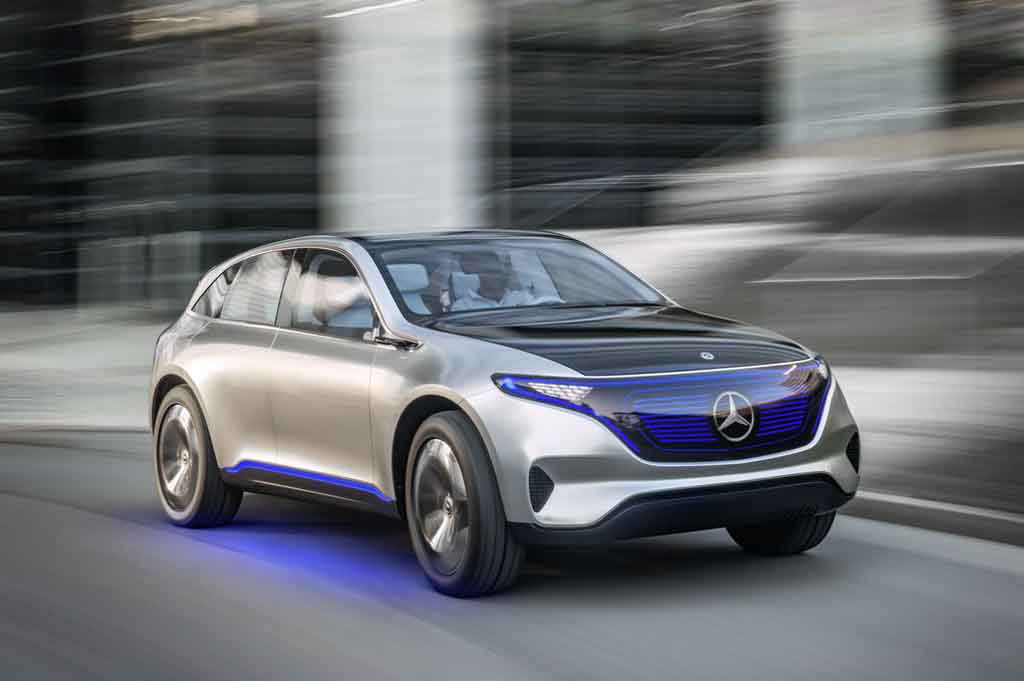 The electric vehicle race has taken giant strides in recent times with Tesla, being an EV car manufacturer as a whole, has numerous advantages over the well-established traditional companies as it does not require a transitional phase. The neck-choking emission norms prevailing in Europe, America and Asia have been driving the conventional auto giants to quickly opt for reliable technologies in the electrification department.

It is no secret that Mercedes-Benz is preparing for a global electric assault and will be showcasing a new EV concept at the 2018 Indian Auto Expo in February. The EQ brand is a testament to how Mercedes will deal with the future and displays direction towards creating a sustainable ecosystem of services, technologies and innovations and also delineate its long-term strategy. The German brand calls the ‘Concept EQ’ a close-to-production way of how its electric cars will be. 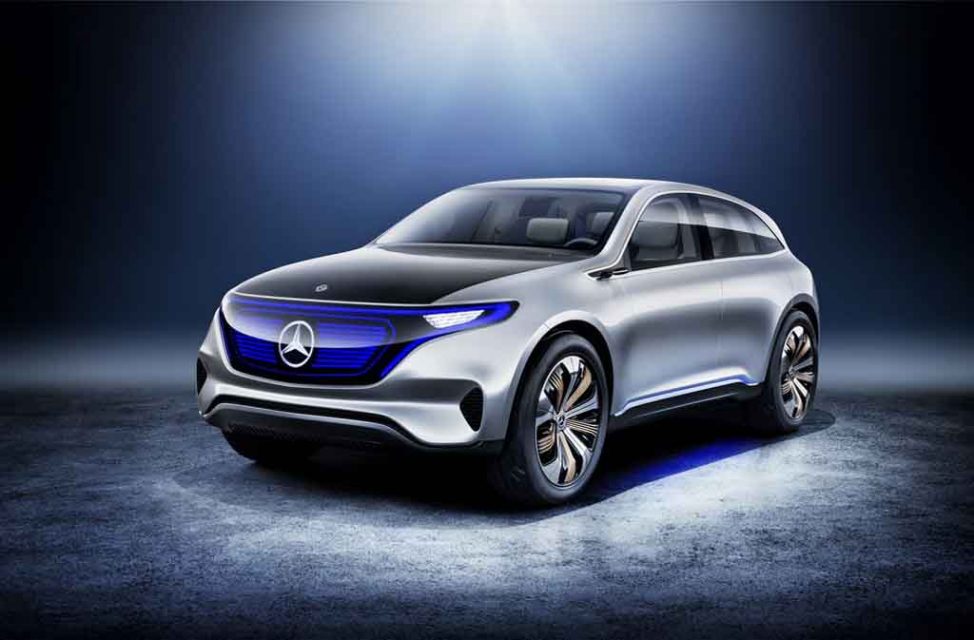 And make no mistake, it gives a clear indication of how the luxury EV segment would evolve in the years to come. EQ stands for “Electric Intelligence” and it has been doing rounds across the globe in different conceptual forms for more than a year. At the 2016 Paris Motor Show, Mercedes-Benz revealed the first-ever EQ model as a concept study.

It will give rise to the production EQ C SUV in 2019 with a driving range of 500 km. The luxury manufacturer has trademarked names like EQ E and EQ S as well going in line with its regular series of models. The EQ A will play the significant role in Mercedes’ ambition to become the electric segment leader within next decade. 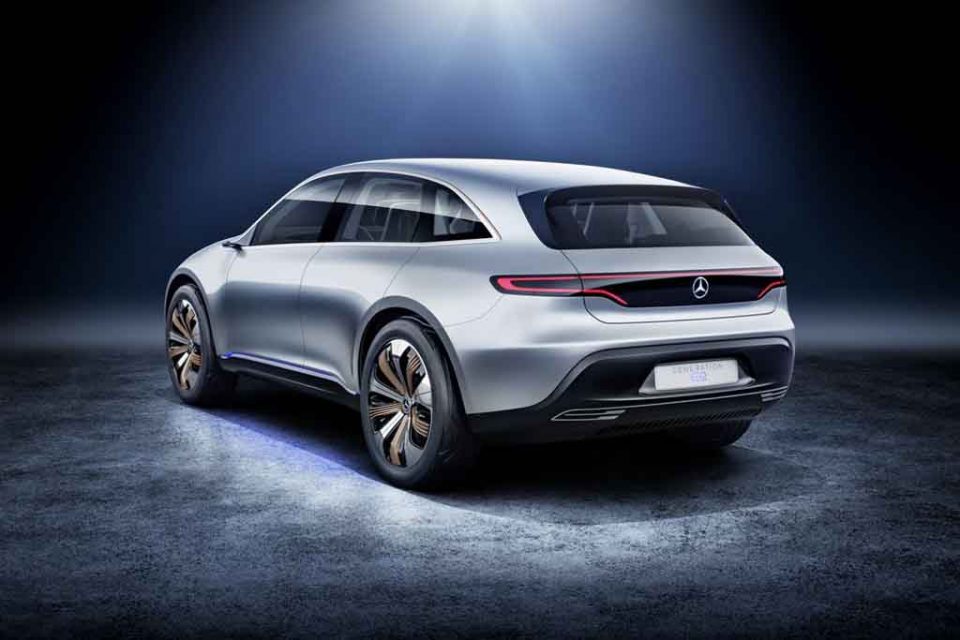 With volume aspirations, it is believed to be priced £35,000 (around Rs. 30 lakh) and is a compact hatchback scheduled for release in 2020. Mercedes seems to have clear plans ahead in terms of electric mobility as this second EQ model will focus on the car sharing fleet as well. The entry-level compact hatchback is an integral part of the brand’s electric mission and it sees a massive investment of £8.6 billion.

It is expected to compete against the likes of BMW i3 and the Volkswagen ID and will be one of the ten products to be in the course for launch before 2025. The EQ A will sit on the MEA (Modular Electric Architecture) platform and will take design inspirations from the EQ C with a prominent bonnet line, black panel grille, hatchback style tailgate, a conventional body style for seating five including the driver, etc. 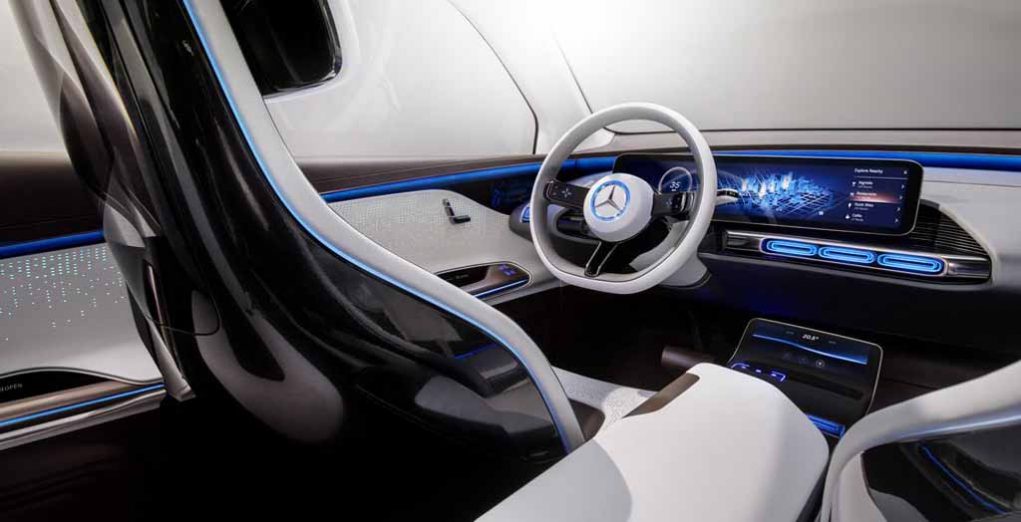 The all important powertrain will be cheaper and easily accessible with fixed ratio gearbox sending power to the front axle via an electric motor mounted up front. Providing a four-wheel-drive system is another motor mounted at the rear with additional performance and range as in the EQ C on a different iteration.

The EQ branded electric vehicles will make their way into the domestic market down the line. The Concept EQ will be accompanied by Maybach S650 and E-Class All-Terrain as Mercedes plans to showcase a versatile product lineup at the motoring exhibition as part of consolidating its future strategy.