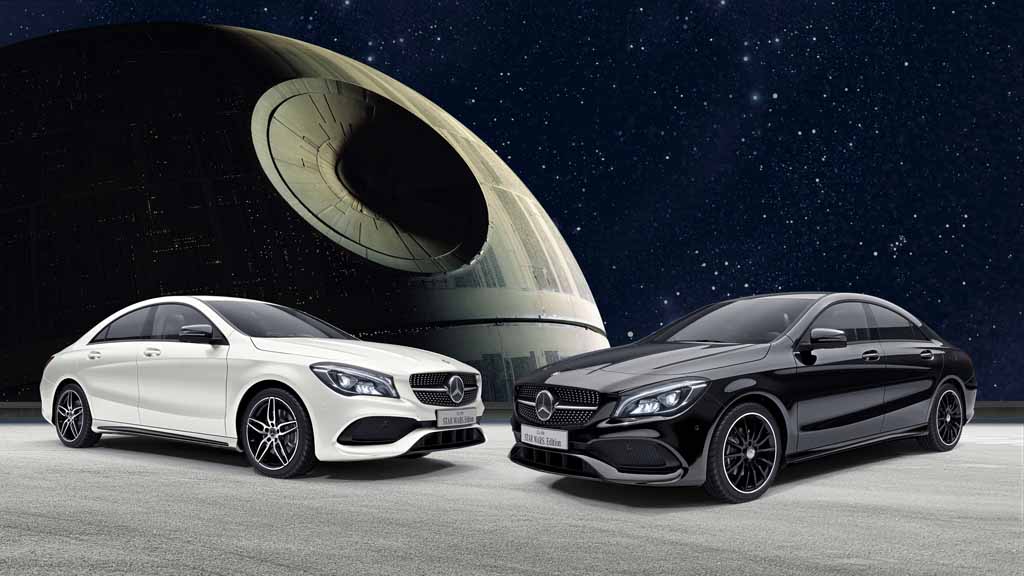 Mercedes-Benz will sell CLA 180 Star Wars Edition in a limited number of only 120 units; available in two colour themes – 60 in Calcite White and 60 in Night Black

Mercedes-Benz has launched CLA 180 Star Wars Edition in Japan. The special edition model will be sold in limited number of 120 units only and they come painted in two different exterior paint schemes that are 60 in Calcite White and 60 in Night Black representing Stromtrooper and Darth Vader respectively from the Star Wars series.

Interestingly, this is not the first time we have seen Star Wars fever engulfing the automobile industry, as Japanese automaker Nissan too launched the Rogue and Rogue One with similar inspiration and paint schemes. The German luxury automaker has just added more elegance and premium touch to that craze. The two CLA 180 Star Wars Edition models come with minor cosmetic differences between them. 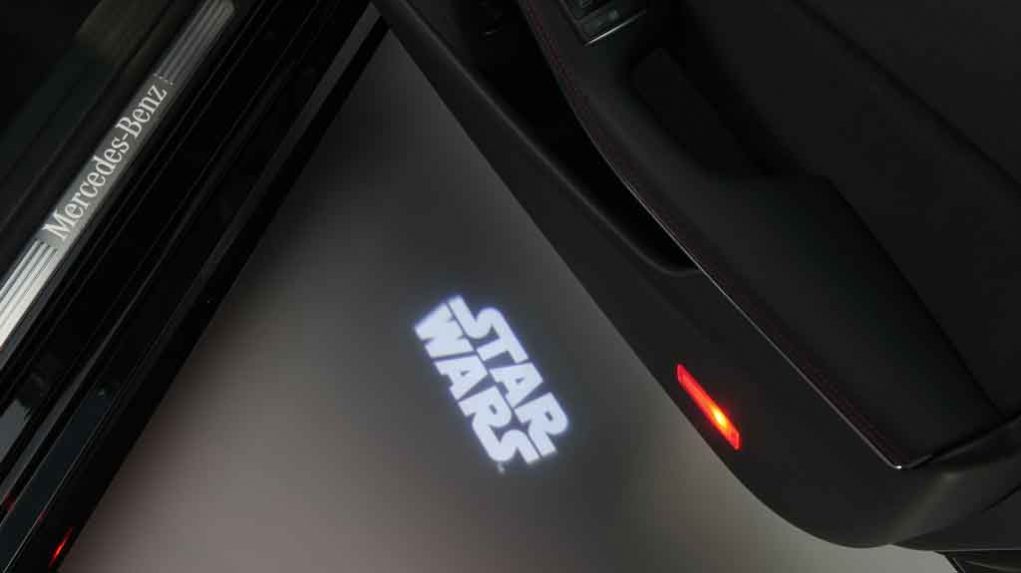 The Mercedes-Benz CLA 180 Calcite White sports black accents at the front grille, air intakes at the front bumper, side skirt and couple of other exterior parts as well. Inside the cabin it sports red accents on the steering wheel, instrument cluster and on the seat too. On the other hand, the CLA 180 Night Black model comes with white trim on various interior parts like on the steering wheel, instrument cluster and seats. It runs on 18-inch AMG wheels enhancing the visual appeal further. 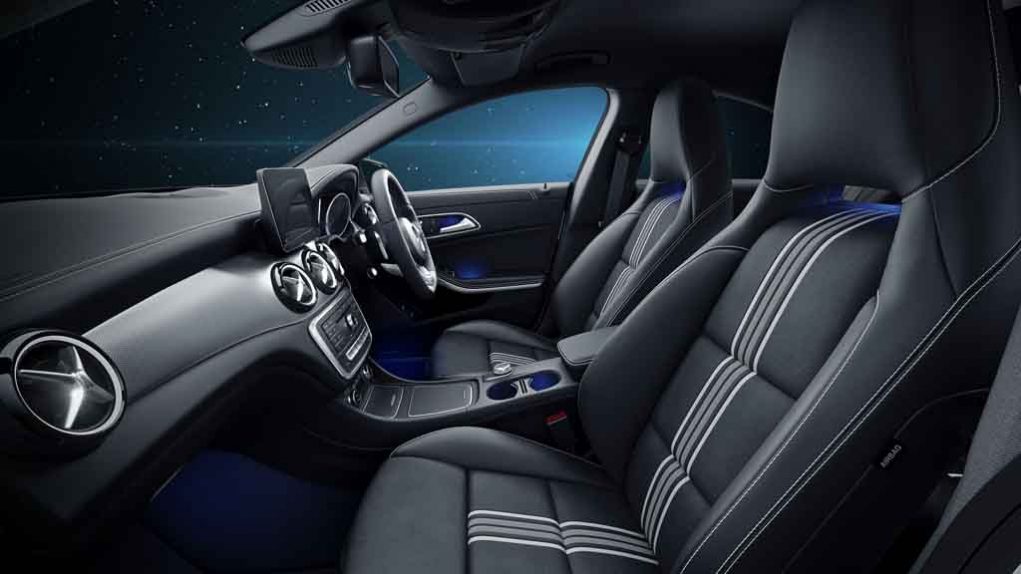 The Mercedes-Benz CLA 180 Star Wars Edition models will be sold exclusively in Japanese market. However, the German brand might consider launching the special edition CLA 180 in other global markets at later stage. These special edition models come priced at 50,40,000 Yen, that is equivalent to Rs. 28,75,446.