Mercedes AMG will introduce a hybrid performance EV next year, and a fully-electric model is expected to follow a few years later

During an investors’ conference a few weeks back, German luxury carmaker Mercedes-Benz announced six new electric vehicles in its EQ range, including both sedans as well as SUVs. The manufacturer also discussed product strategies for the future, while simultaneously hinting at its upcoming vehicles, which included its performance division – AMG – as well.

Mercedes-Benz has officially stated that it sub-brands – AMG, Maybach, G (G-Wagen), and EQ – will also undergo electrification soon. In fact, the first electrified AMG vehicle is scheduled to debut in 2021. The company also stated that its ties with formula 1 will also strengthen, and we expect the hybrid tech used in Mercedes’ formula 1 car to be refined for use in the upcoming road-going AMG vehicles.

We don’t expect AMG to offer an electric vehicle right away, rather a hybrid or a plug-in hybrid is more likely. Perhaps we’ll finally see the production-spec version of the ‘Project One’, the hybrid supercar concept which was first showcased in 2017. Project One’s electrified powertrain could reportedly develop over 1,000 HP, with a top speed in excess of 350 kmph. 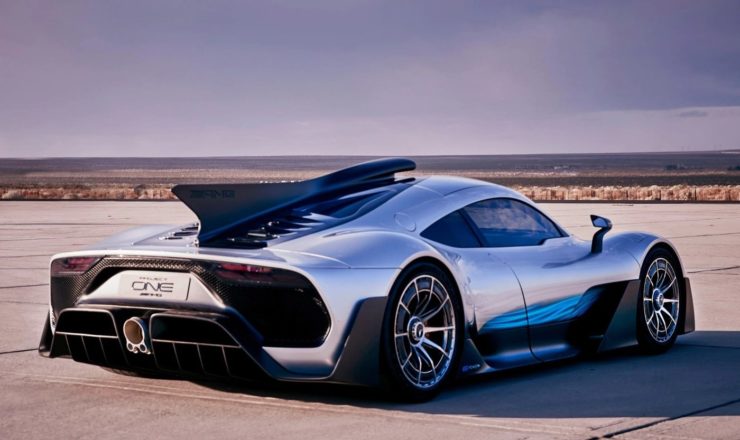 A fully-electric AMG model will surely arrive, but a few years later. A hard jump from petrol-powered performance vehicles to fully-electric ones might be too much for the fans to swallow. Also, Mercedes is currently focussing on luxury, not performance, as demonstrated by the EQS range. That said, the competition is already fierce, with Tesla and Porsche offering top-notch luxury as well as performance.

The company is committed to developing EVs, and has plans for aggressive expansion. Mercedes has announced that it will have at least 10 electric vehicles in its range by 2025, which will be built on the brand’s Electric Vehicle Architecture (EVA). This platform has been specifically designed for large-sized electric vehicles.

It’s also developing a new platform, dubbed MMA (Mercedes-Benz Modular Architecture), for small- and medium-sized vehicle. We might see an AMG vehicle based on this platform later on. Ola Källenius, Chairman of the Board of Management of Daimler AG and Mercedes-Benz AG, said the company is aiming for complete electrification and carbon neutrality, under its “Ambition 2039” target.