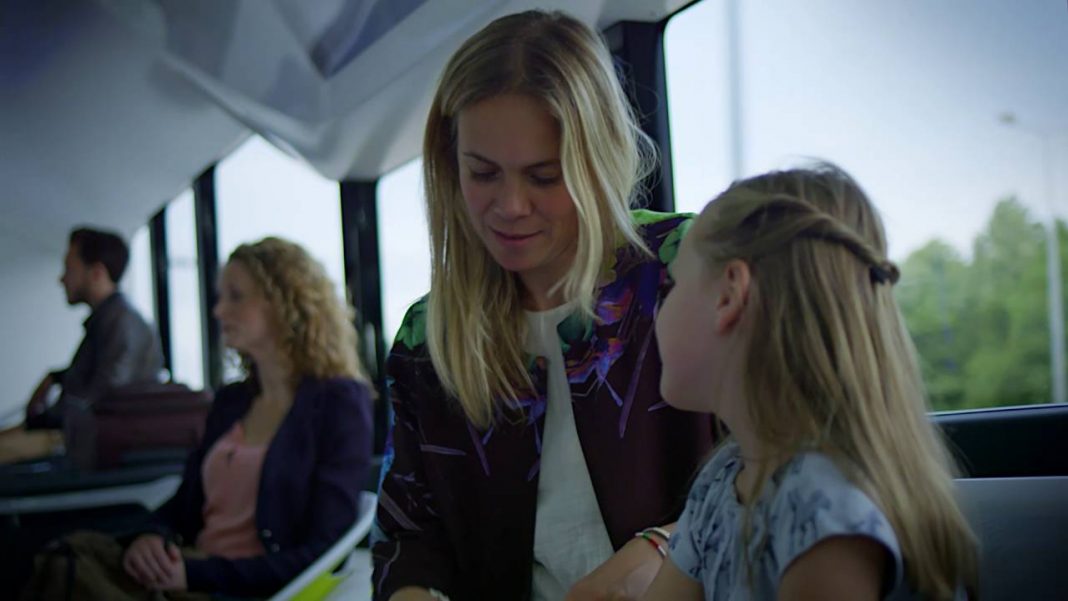 Mercedes autonomous bus runs by CityPilot technology; assures the truck to run at 85 kmph on highway

Autonomous technology is the new forte in the automotive space. Every other auto manufacturer is trying to create new autonomous solutions keeping the future mobility needs in mind. Mercedes seems to be thinking way ahead than others. The German company has demonstrated its future autonomous bus in Amsterdam. The beautiful looking bus ran a total of 20 kilometers without any human assistance.

Mercedes showcased the Future Truck 2025 concept two years ago. The concept was equipped with Highway Pilot autonomous assistance technology. This technology assures the truck to run at 85 kmph on highway. But now, Mercedes wants to introduce the autonomous technology in the city also. The Future Bus ran at a speed of 70 kmph in Amsterdam without any assistance from driver. 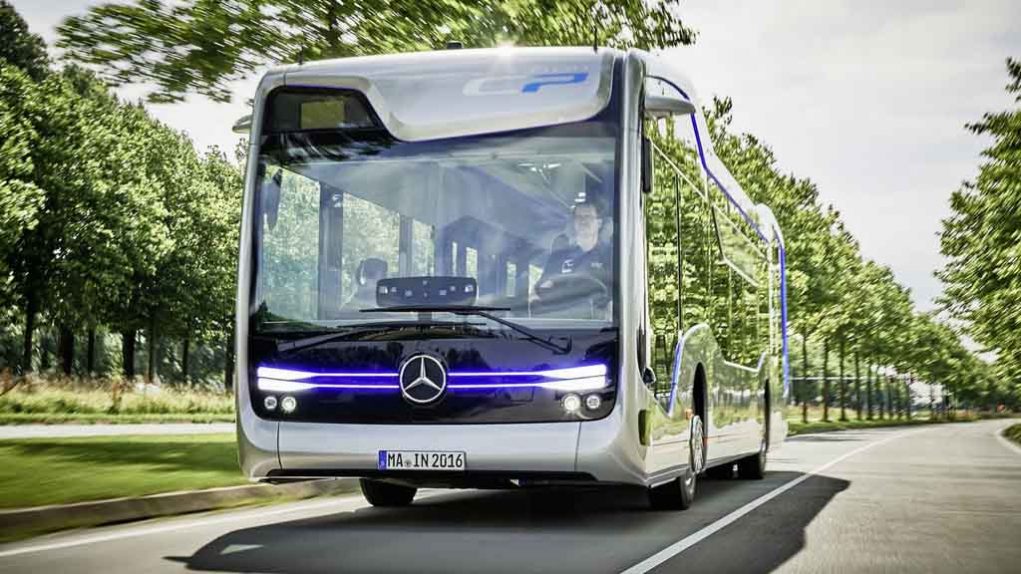 Mercedes chose 20 kilometer route of the longest Rapid Bus Transit line in Europe to demonstrate the Future Bus. A driver was put in the driver seat to take control of the vehicle in case anything goes wrong.

But the entire demonstration went off smoothly. The bus comes with several cameras, sensors positioned at different places around the body. It also gets built in GPS, Wi-Fi technology to run smoothly. 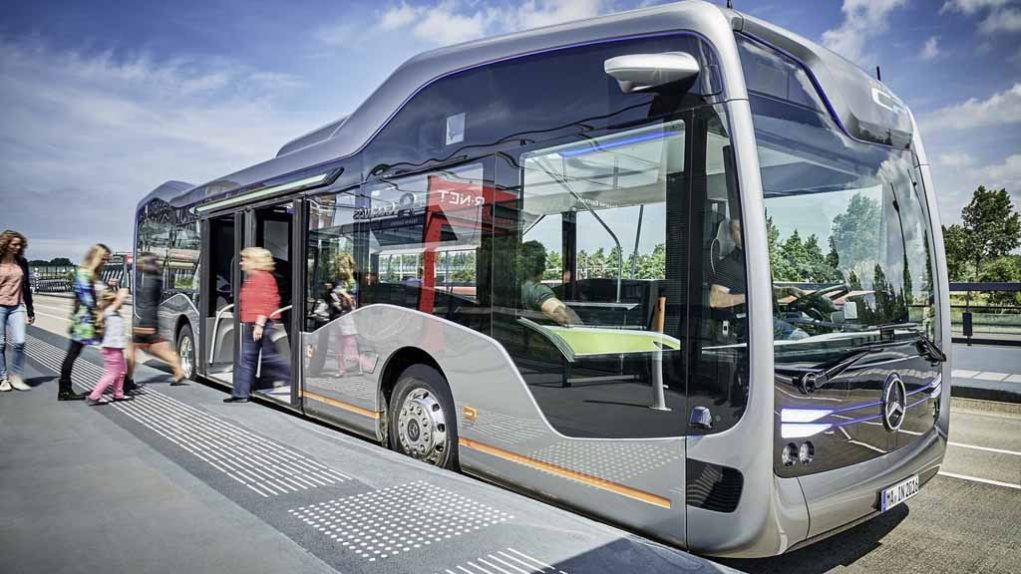 The Mercedes Future Bus stopped at every traffic signal, waited until the pedestrians crossed the road in front of it. It applied the brakes whenever needed. The doors opened and closed autonomously at the designated bus stops. The bus also waited until the passengers entered or got down. The bus can be operated manually as well despite being autonomous technology enabled.

The Mercedes Future Bus not only comes equipped with unique autonomous technology. But it is aesthetically very beautiful also. The bus comes featuring dual round shaped headlamps at the front fascia. Sleek LED stripes are positioned above the round headlamps. 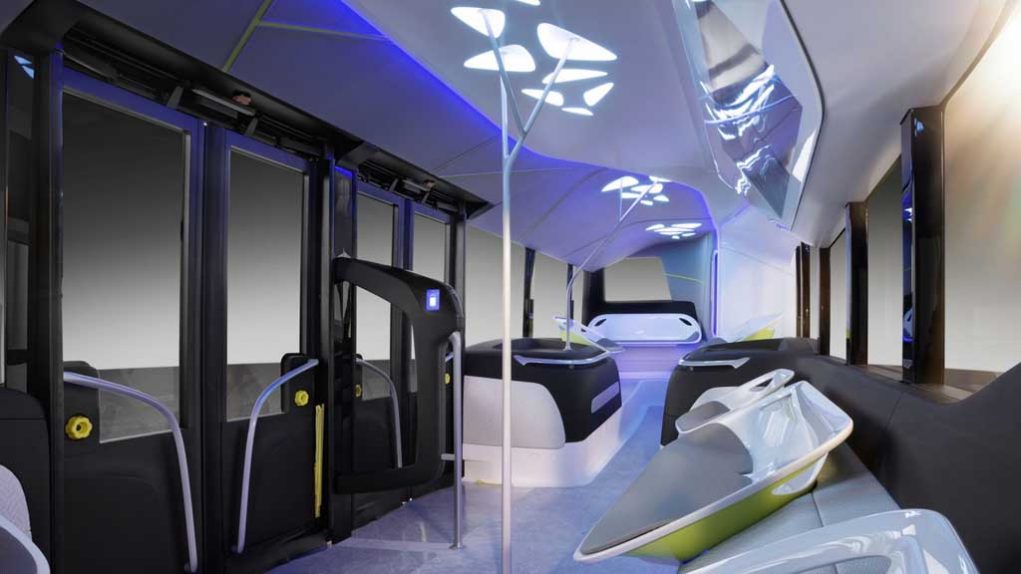 These LED stripes run the entire width of the bus and hold the brand logo at the centre. The low floor bus also comes with wider and larger glass area. Twin doors are wide enough to offer ample space to enter and exit.

The interior has been designed to offer a premium and comfortable journey experience. The driver cockpit is minimalist and features a large digital display showing the route and several other informations. 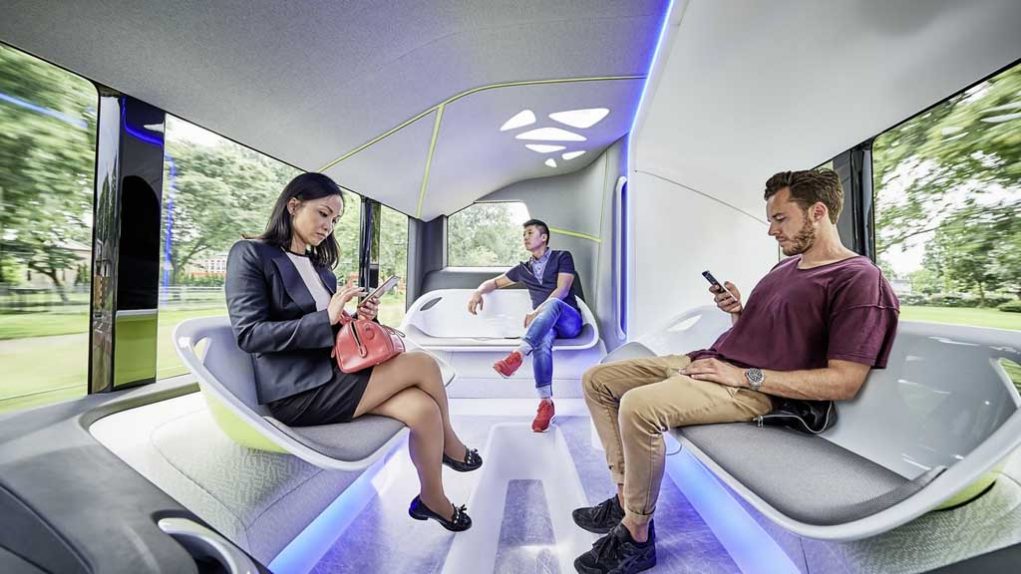 The grab rails inside the bus have been designed inspired by trees. The LED lights on the roof of the vehicle acts like leaves. Expect the bus to come with seats half of the regular Citaro buses. The Mercedes Future Bus is still in concept form. But the demonstration has already showed the potential of the technology.