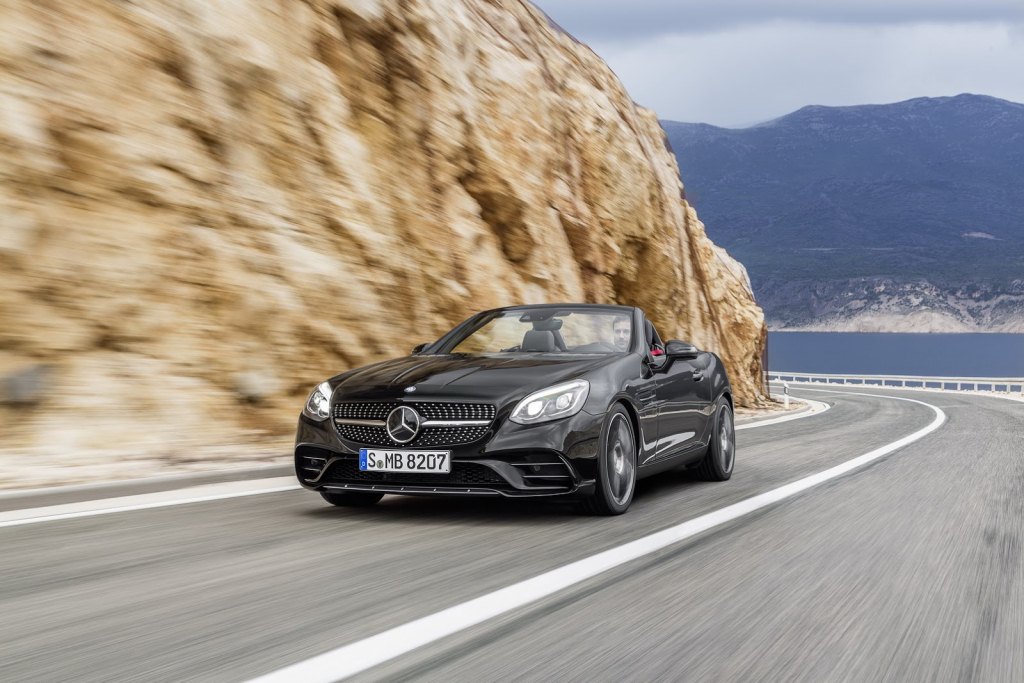 The German luxury automaker Mercedes Benz has launched the replacement to the SLK 55 AMG in Indian today. The all-new AMG SLC 43 has been priced at Rs 77.50 lakh (ex-showroom, Delhi). It is the first car to bear the ‘43’ nomenclature in our market as it celebrates two decades of running of the SLK. It made global debut at the 2016 Detroit Motor Show and comes to India within four months of its worldwide launch.

The leading luxury car manufacturer in the country has gone with ‘top of pyramid’ approach, marking strategic focus on AMG performance versions for the domestic market. It will be the 10th AMG model sold locally and in fact the first V6 car to adorn the ‘43’ badge. It derives power from a 3.0-litre bi-turbo V6 motor tuned by AMG to produce a maximum power output of 367 bhp and 520 Nm of peak torque. The V6 mill will gradually find its way into other AMG performance models as well and is linked with a nine-speed automatic transmission sending power to all four wheels. The SLC 43 can accelerate from 0 to 100 kmph in just 4.7 seconds and can go up to electronically limited top speed of 250 kmph. The service pack for the SLC begins from Rs. 84,000 under the My Mercedes My Service scheme. The roof can be opened at speed of up to 40 kmph and the SLC comprises of safety features like six airbags, adaptive brakes with ABS, three-stage Electronic Stability Program (ESP) and crash-responsive head restraints among several others.