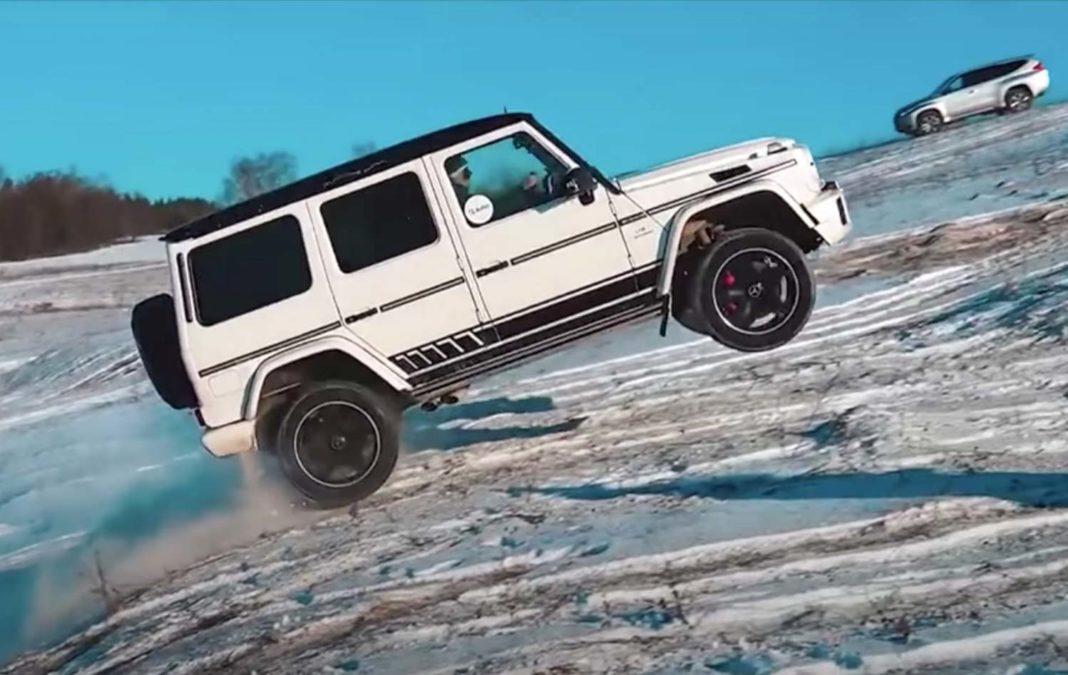 The Mercedes-Benz AMG G63 effortlessly pulls the Volkswagen Touareg and the Lexus LX570 in the separate tug of wars, which highlights the German SUV’s capabilities

While Mercedes-Benz G-Wagon is one of the best off-roading SUVs that money can buy, most owners would never witness its capabilities, and instead use their G-Wagons as regular vehicles that will take them from point A to point B. However, this video on YouTube shows not one but two Mercedes-AMG G63s having some fun like they’re supposed to.

It should be noted that Mercedes-Benz launched a refreshed model for the G-Wagon in 2018, and the cars featured in this video are the previous-gen models. First, the black and white G-Wagons can be seen drag racing up a snowy hill. Later in the video, the white G63 AMG can be seen drifting, before taking on a tug of war battle with the Lexus LX570, and later the Volkswagen Touareg.

To be fair, the G-Wagon did take some time to pull the LX570, but pulling the Volkswagen Touareg looks like a walk in the park for the AMG G63 driver. The G-Wagons used here draw power from a 5.5-litre twin-turbo V8 motor, that was used by Mercedes-Benz from 2012 to 2018. The said engine is good for 563 horses, while 6-piston front Brembo brakes help bring the SUV to halt.

The 2020 Mercedes-Benz AMG G63 gets a bi-turbo 4.0-litre V8 petrol engine, which is good for 577 horsepower and 850 Nm of peak torque! The transmission duties are handled by a 9-speed automatic gearbox. In addition, the G-Wagon gets three locking differentials including a front, rear, and center locker, which lends it unmatched traction and performance off the roads. All these components together make the G-Wagon a pretty capable off-roading SUV.

Mercedes-Benz retails the AMG G63 SUV in the United States at a base price of $156,450, which converts to about Rs 1.18 crore in Indian currency. However, all the import duties to bring the mighty SUV to India bring its retail price in the country up to Rs 2.19 crore (ex-showroom).