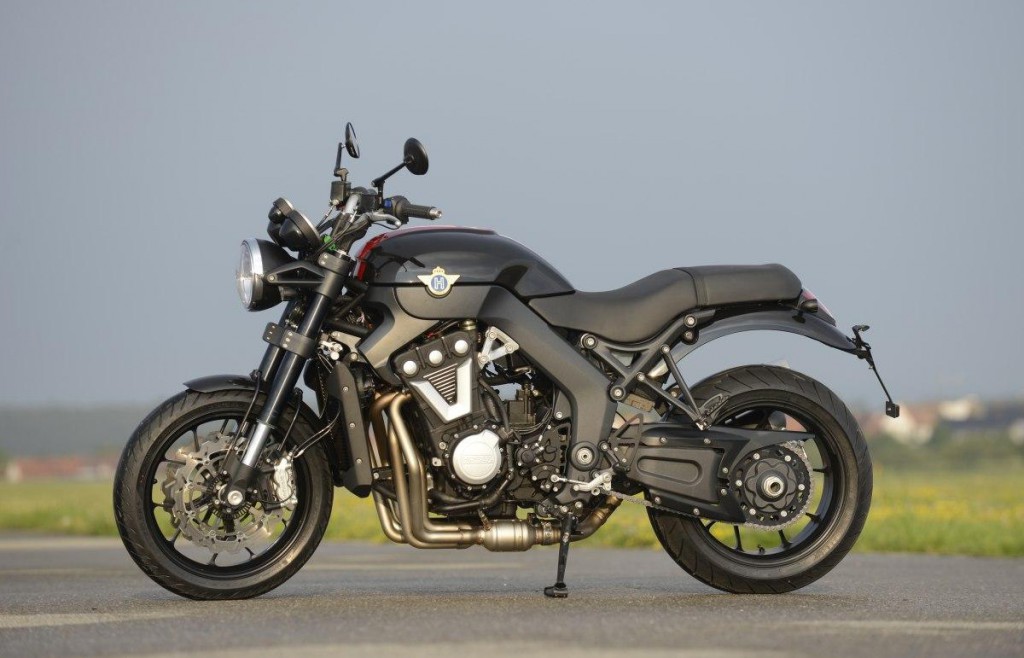 Until now we only knew that Germans created some of the world’s most beautiful and technologically advanced premium cars. But the German motorcycle brand Horex proved that they can also build some really crazy motorcycles as well.

Meet the Horex VR6, we are calling this one of the craziest motorcycles of the world because this has a V6 heart which pumps out an insane amount of power and torque output for a naked motorcycle. For those of you who are unaware of the fact that V6 engines are used to power some seriously fast cars like the Mercedes AMG SLC 43 and Jaguar F-Type.

We have to give credit to Horex for actually managing to fit such a huge engine in a small motorcycle subframe. Horex motorcycle has a total of 6 variants of the VR6 to their fleet and all of them are powered by the same 1,128cc, V6 engine which is capable of producing about 161 Hp of peak power and 128 Nm of torque. Horex managed to squeeze a big six-cylinder engine in a small space by tightening the inclination angle in between the cylinders.

The cylinders have an inclination angle of just 15 degrees which has helped the German motorcycle brand to fit all the 6 cylinders in a single barrel and within a total length of just 17 inches. The Horex VR6 which you notice in these images gets a Matte Black finish to it along with Y spoke alloy wheels. The motorcycle has also received Matte Black finish to its double exhaust tips, mirrors, and handlebars.

The V6 powered beats also feature a single round headlamp towards the front and a huge 7-inch table like instrument cluster sitting right behind it. The motorcycle with its massive engine tips a scale of 485 lbs (220 kilograms) and looks intimidating from almost every angle. The Horex VR6 is an insanely fast machine and thus it also needs some really good brakes to stop.

Horex has used a set of High-Performance Brembo 4-piston brake system with 320 mm dual brake discs towards the front and  Brembo 2-piston 264 mm single disc at its rear. The motorcycle uses Öhlins Upside-down fork as its suspension setup towards the front and the Ohlins monoshock absorbers for its rear. This is a full-fledged production motorcycle which is sold in the markets of Europe.