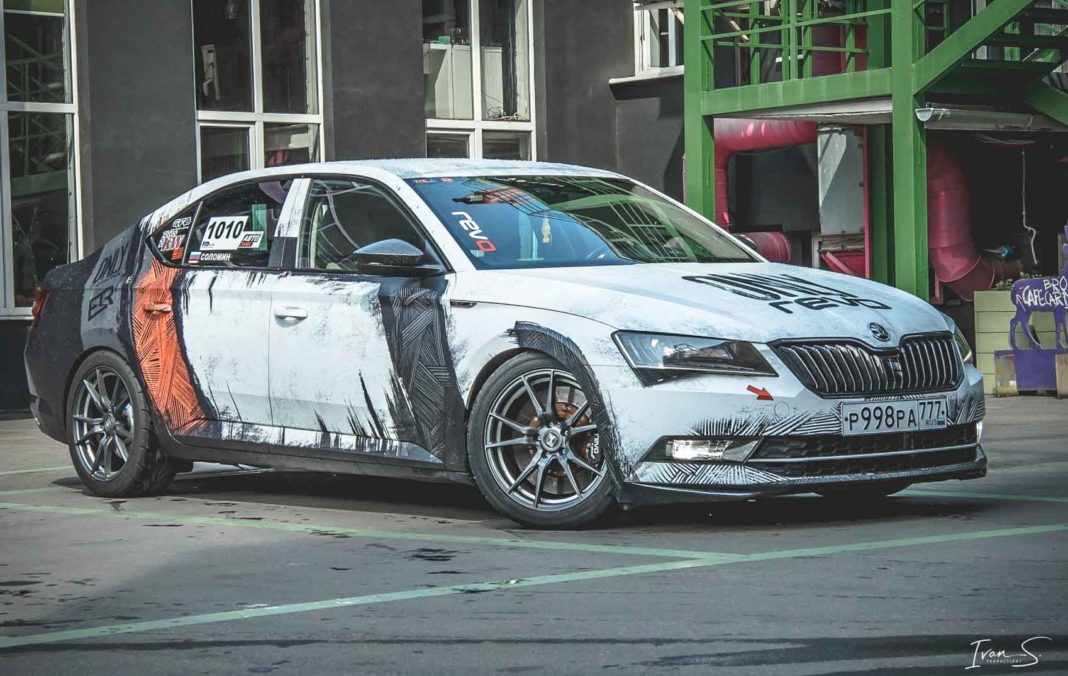 The Fastest Skoda Superb 4×4 in the world underwent several modifications and fitment of custom performance parts to achieve the quarter mile dream in 10.9 seconds

Following the acquisition of the third generation Skoda Superb, its owner changed the interior first. He deliberately bought the car with a light interior made of fabric before modifying it to a plush Alcantara leather version to maintain harmony with a bright outlook. Then, the stock suspension was replaced with
Eibach Pro Kit springs and Bilstein B8 struts.

Amidst not being a big fan of the Czech Republican brand, he bought the car for everyday use and it took three months for the keys to get delivered. It took nine months for the sedan to be upgraded to Stage 1 with a new ECU and it was followed by the installation of larger intercooler and exhaust system, cold inlet and it was reprogrammed under Stage 2. By this time, the total power produced was at 400 horses.

Then came in the aftermarket hybrid turbine with standard housing as the cartridges of the cold and hot parts were changed and the channels were slightly bored. It was destined for 500 horsepower but the Superb developed around 480 hp as several modification needed to be implemented further. Revo Technik tuned the custom Skoda Superb alongside the seventh-gem Volkswagen Golf R. 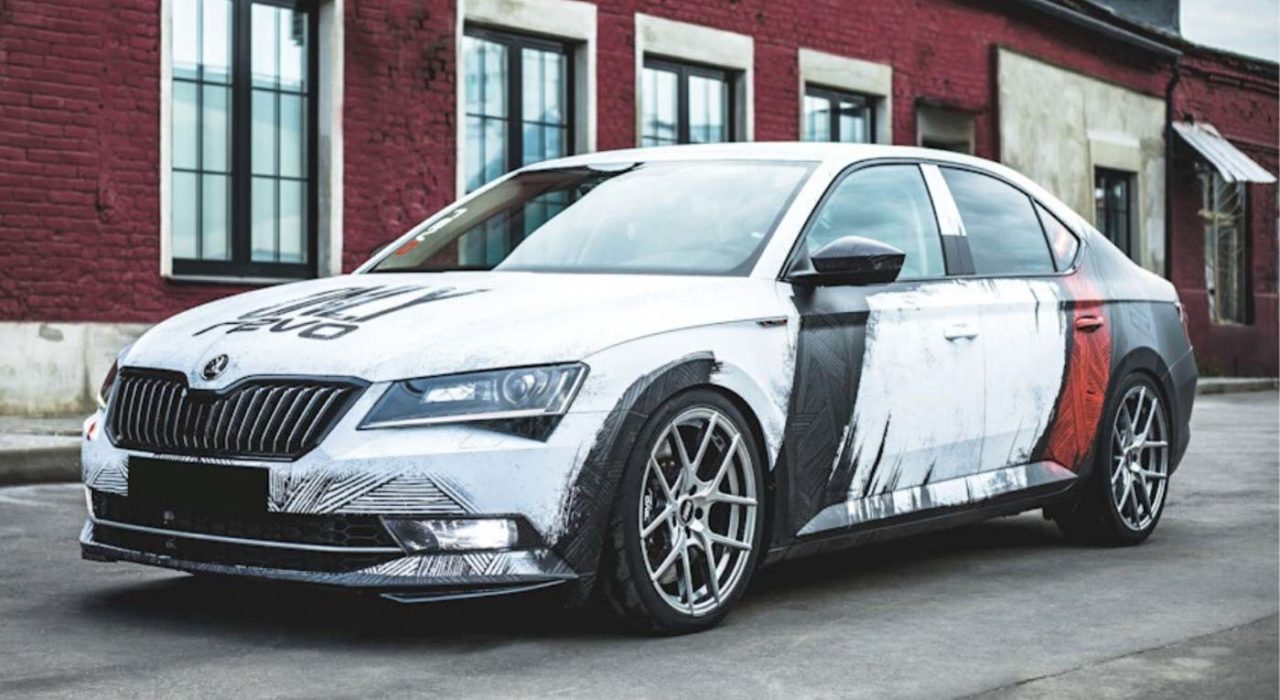 As the powertrain in the Superb is the same as the Audi S3, VW Golf R MK7, Seat Leon Supra MK3 and Audi TT S, there was exchange of plenty of knowledge between the custom tuning of both the cars. With changes to the fuel system courtesy of a more powerful Walbro 450 submersible pump, and engine compartment, the Superb’s maximum power figure rose to more than 500 horses. 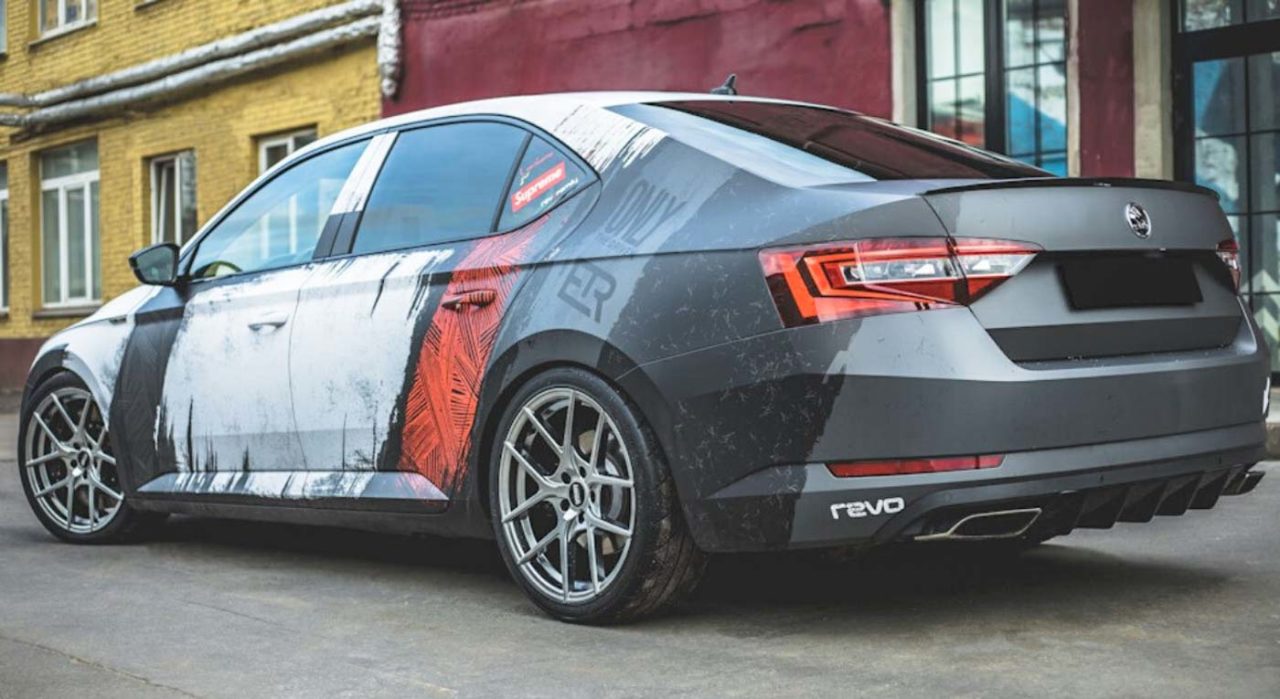 All these modifications for increasing the performance of the Superb sedan did lead to several internal problems as the four-wheel-drive system was broke, high pressure pipes damaged, and gasoline pump tubes faltered. Finally, the Superb pumped out as much as 530 horsepower and it can be moved up to 600 hp. This heavily modded Superb sprints away to the quarter mile in just 10.9 seconds – faster than many dedicated sports cars. It can also do 0-100 kmph in just 3.3 seconds before reaching 200 kmph from 100 kmph in 7.79 seconds.