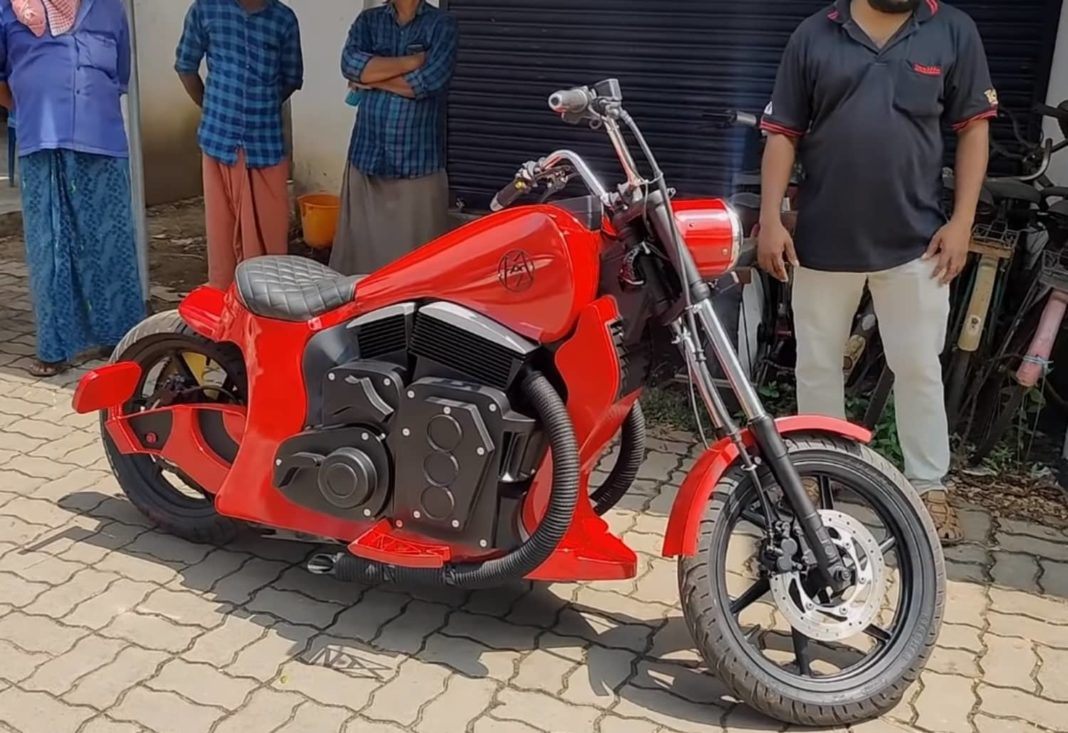 This electric motorcycle has been custom built from the ground up, using parts from various motorbikes and bicycles

People love customised motorcycles, especially in India. We’ve seen a lot of custom-built motorcycles here, some of them so intricately redesigned that they almost become unrecognisable. However, not a lot of people can build a motorcycle from scratch, and designing it to look good is an even harder task. Here, we have a custom-built electric motorcycle, built by a cycle repair shop owner in Kerala.

The video, uploaded by a YouTube channel called “Ebadu Rahman Tech”, shows us the bike in all its glory. It took almost 11 months to build this motorcycle in its entirety. The owner almost exclusively used parts from other motorcycles and bicycles, save for the rear sprocket, which had to be machined at a lathe shop.

The motorcycle looks quite pretty, and draws some inspiration from Harley Davidson motorcycles, as evident by the fake V-twin. That said, the overall styling is rather original, with a short tail-end, a single seat, a large (and fake) fuel tank, and even fake dual exhaust pipes. The footpegs are large and comfy, and the handlebar has a high reach, which gives this bike relaxed, laid back ergonomics.

The motorcycle sports a round headlamp at the front, which adds a little retro charm to the design. The front forks are quite long with a lot of travel, like a chopper, and there’s a monoshock at the rear. The weight of this bike is quite high, at 170 kg. To bring this machine to a halt, disc brakes have been provided at both the wheels.

The motorcycle draws power from a bundle of lead-acid batteries, stacked behind the fake engine cover. The battery pack provides a driving range of around 20 to 22 kilometres, and takes nearly four hours to charge from 0 to 100 per cent. There is no regenerative braking on offer, as that would’ve been complicated as well as expensive. 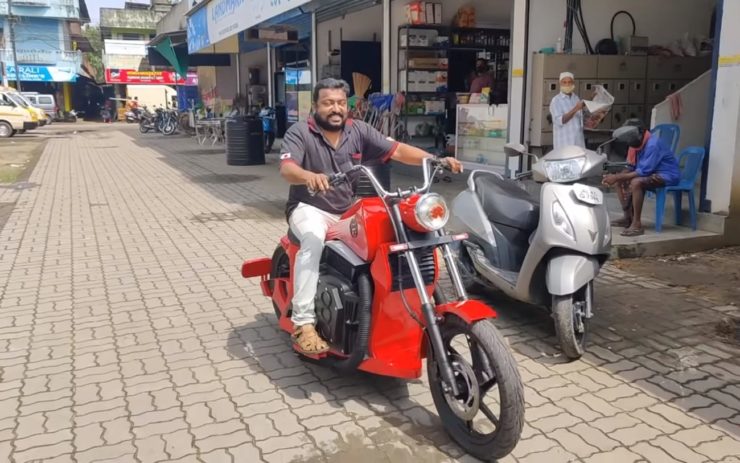 Considering the push for electric vehicles these days, this brilliant garage build seems like a great initiative. Sadly, such custom machines are illegal in India, as they haven’t been road-tested. That said, this motorcycle is extremely impressive, especially for a machine built from scratch.