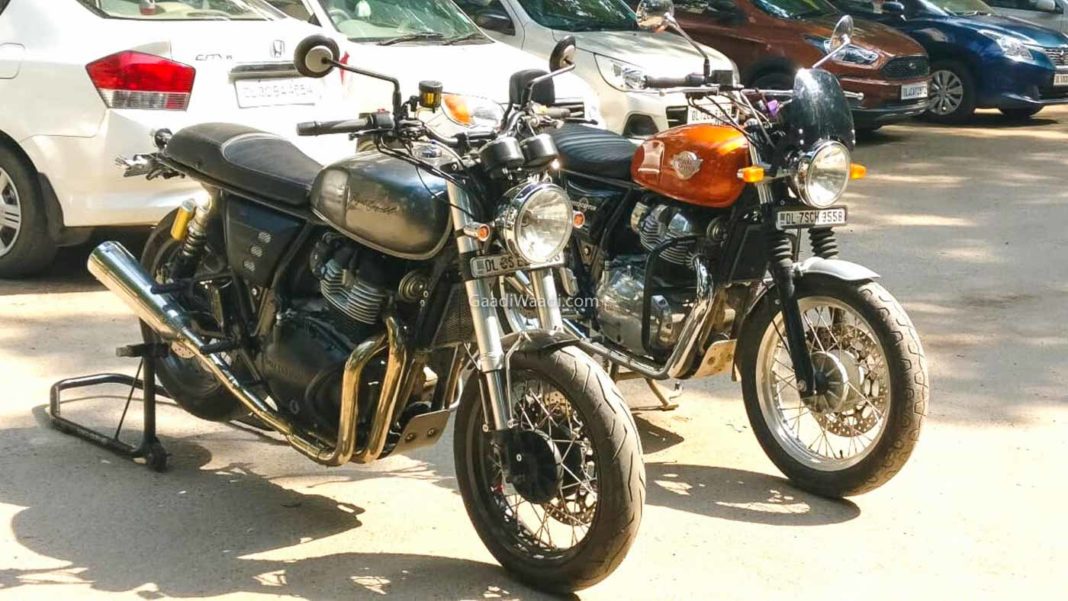 With several modifications, this custom Interceptor 650 reached a top speed of 183 kmph and the zero to 100 kmph dash was achieved in just 5 seconds

The Interceptor 650 has been widely renowned for its no-frills package in a highly accessible price tag, coupled with a stunning parallel-twin motor. The 650 Twins’ sales have been on the up last year despite Royal Enfield’s popular models faced massive sales decline and it has been well-received on the aftermarket side of affairs as well and here is an Int 650 that goes the fastest.

The Youtuber Abhinav Bhatt said he comes from a sportsbike background and claimed that he did not feel the way the Interceptor handled and especially the front end that felt light and wobbly on high speeds. He decided to make changes to make greater improvements to the flagship Royal Enfield motorcycle and called it the Project Interceptor.

He changed the regular telescopic front forks to upside units from the latest Bajaj Dominar 400. He went a step further to improve the performance and imported aluminium rims from Taiwan as his modified Interceptor 650 is shod on 120/70 section tyre up front with Pirelli Diablo Rosso II 18-inch rubber and 160/60 section 17-inch rubber at the back.

He made several performance enhancing changes to make his parallel-twin motorcycle do the extra lengths. The engine modifications include the SS Moto two-into-one full stainless system exhaust. It brings a major advantage as it is eleven kilograms lighter than the stock exhaust and weights about six and a half kilograms only costing Rs. 22,000.

The Powertronic piggyback ECU with custom map specially made for this exhaust costs Rs. 22,000 as well. Bengaluru-based Race Dynamics has put the bike into its dynamometer and found that it develops 42.7 horsepower at the rear wheel as opposed to 36 horsepower before the aftermarket mods and changes (7 hp more). He further repositioned the pegs to the rear. 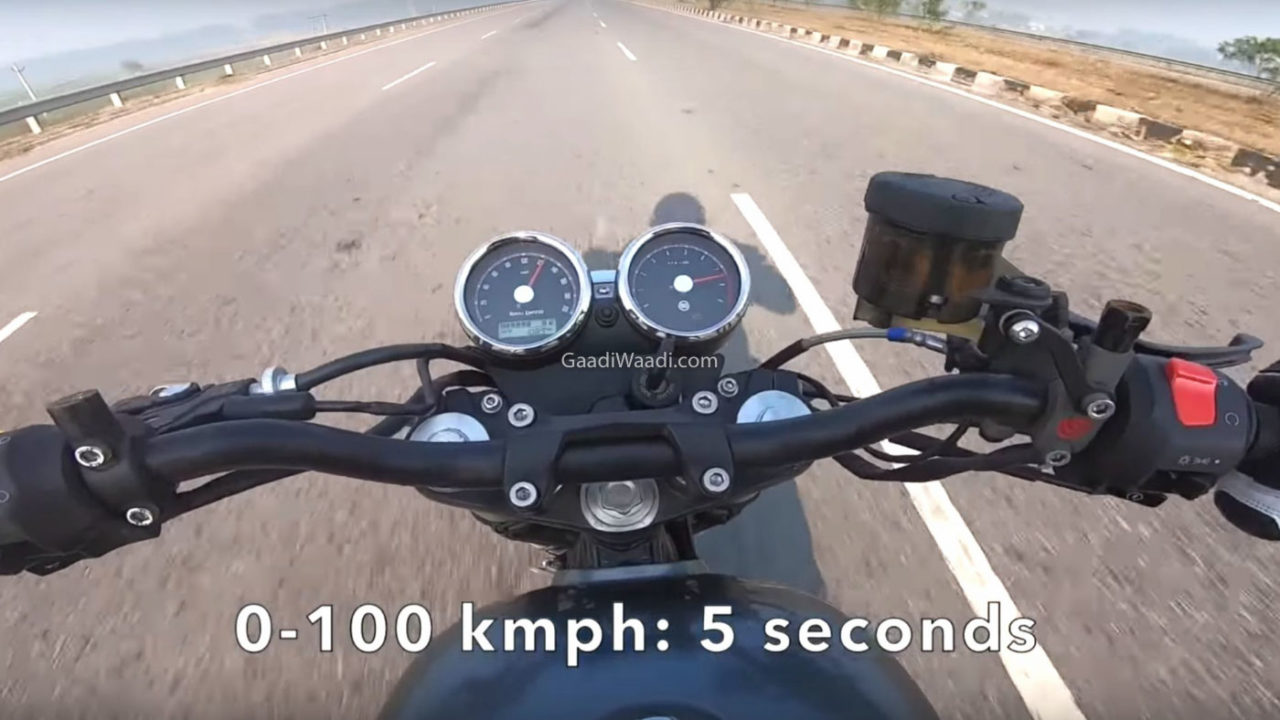 He stripped several bits from his Project Interceptor and believes it tips the weighing scale at around 20 kilograms lighter than the stock version along with shorter gear ratios due to the 15 tooth front sprocket in contrary to 16 of the bog standard model (Rs. 1,100). To further increase the performance, he used DNA air filter with stage two plate costing about Rs. 5,800.

His Project Interceptor was build at SpeedMonks Performance centre. The video shows that the mods have indeed catapulted the motorcycle into a speed craving machine as zero to 100 kmph was achieved in just 5 seconds while it reached 140 kmph in 10.4 seconds before hitting 160 kmph at 15.8 seconds and 180 kmph in 29.3 seconds.

He used regular 91 octane petrol and hit a maximum speed of 183 kmph. He believes that if the limiter wasn’t set at 7,500 rpm, he could have topped out 200 kmph.