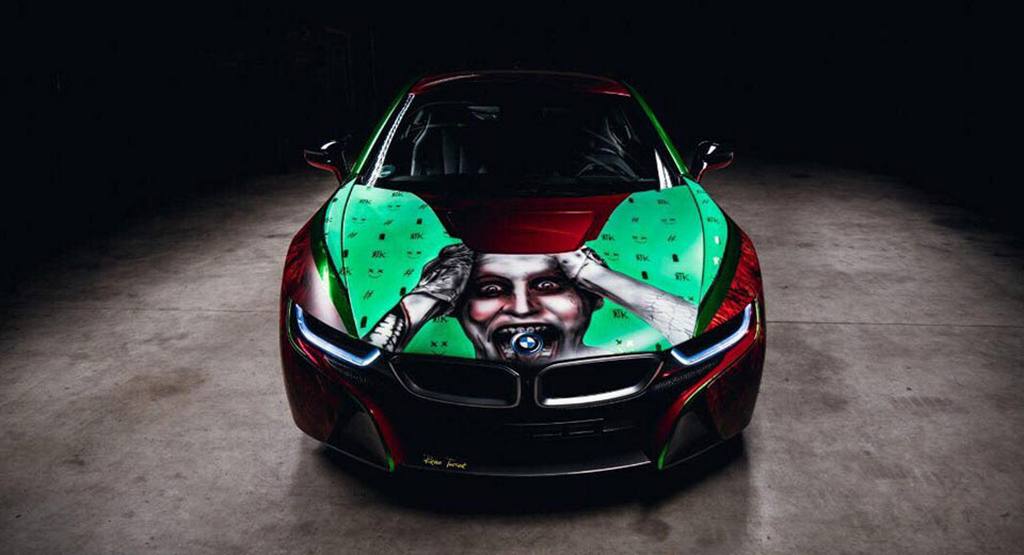 Done up by an artist named Rene Turrek, the intricate BMW i8 wrap takes inspiration from the notorious Joker character of the Suicide Squad

It is more common to see premium cars getting the wrap work because as the riches say “they can”. But sometimes they would not help and prove that money cannot buy good taste. In recent times, wrapping for cars of all spectrum and ages has become quite a trend and it certainly reduced the fine art works of expert painters having their try on a car with a professional theme.

They would do so for exhibitions or private buyers who perceive to infuse their passion for art into their own cars and partly because of the expensive nature, not everyone can lay hands on them. However, the BMW’s i8 supercar is looking to demoralize that and could kick start a new phenomenon we would suspect. 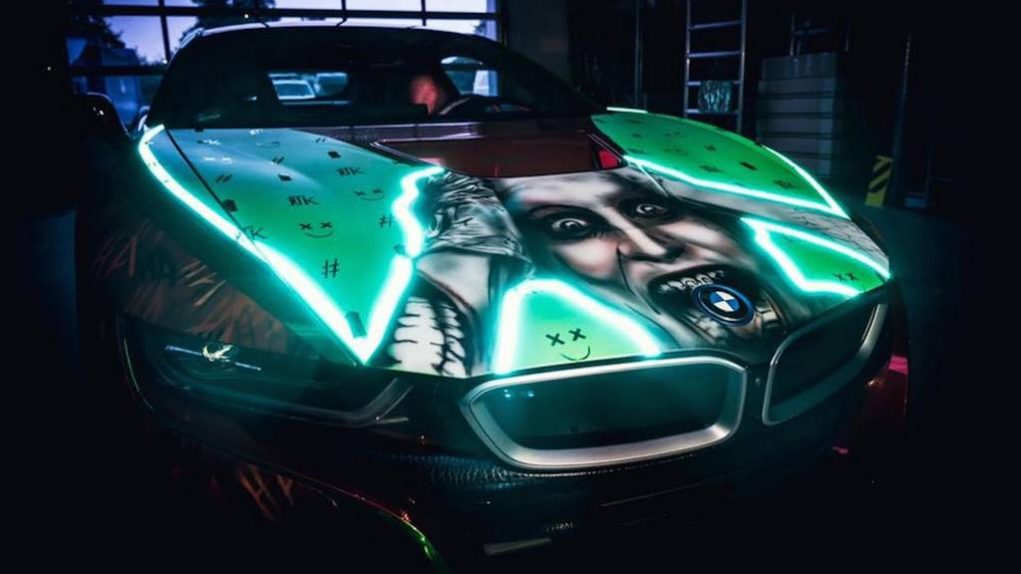 Created by an artist called Rene Turrek, the i8 pictured here had its original colour scheme removed altogether and in place a sophisticated design taking inspiration from the world famous Joker character has been implemented. The Joker is from a recent movie Suicide Squad casted by Jared Leto.

The long hood has the portrait of Joker all over it and to create dramatic effect, the artist used mixture of shining black, white and green highlights. The signature evilest laugh of the Joker forms the majority of the exterior and other elements like side panels while through a remote control, the LED fixtures can be turned on or off. 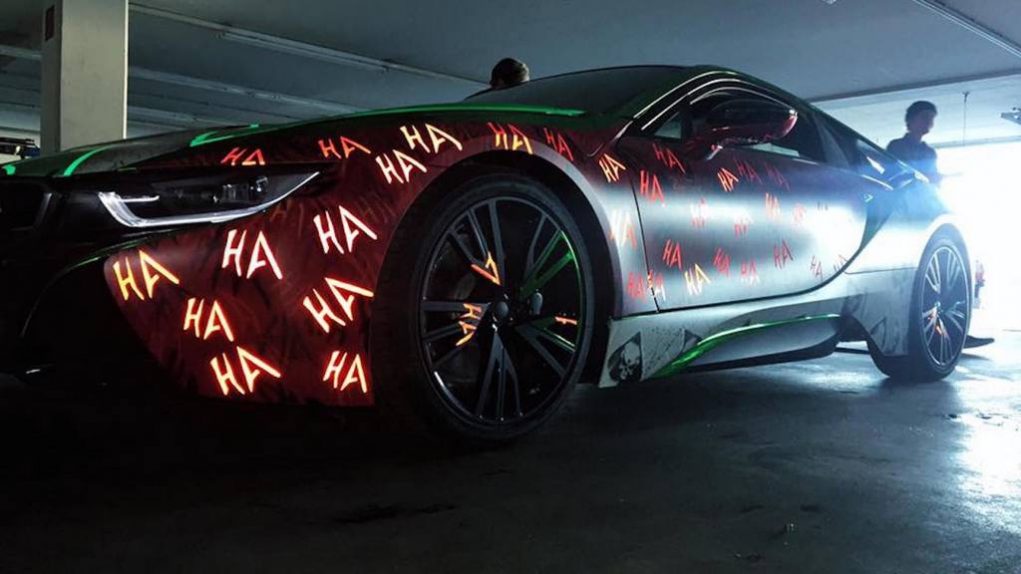 In the movie itself, Joker would have been found driving a chromed-out kit car known as pink Vaydor and it is based on the Infiniti G35. Perhaps using this modified i8 as inspiration, will it be ideal to use the supercar in the second part?