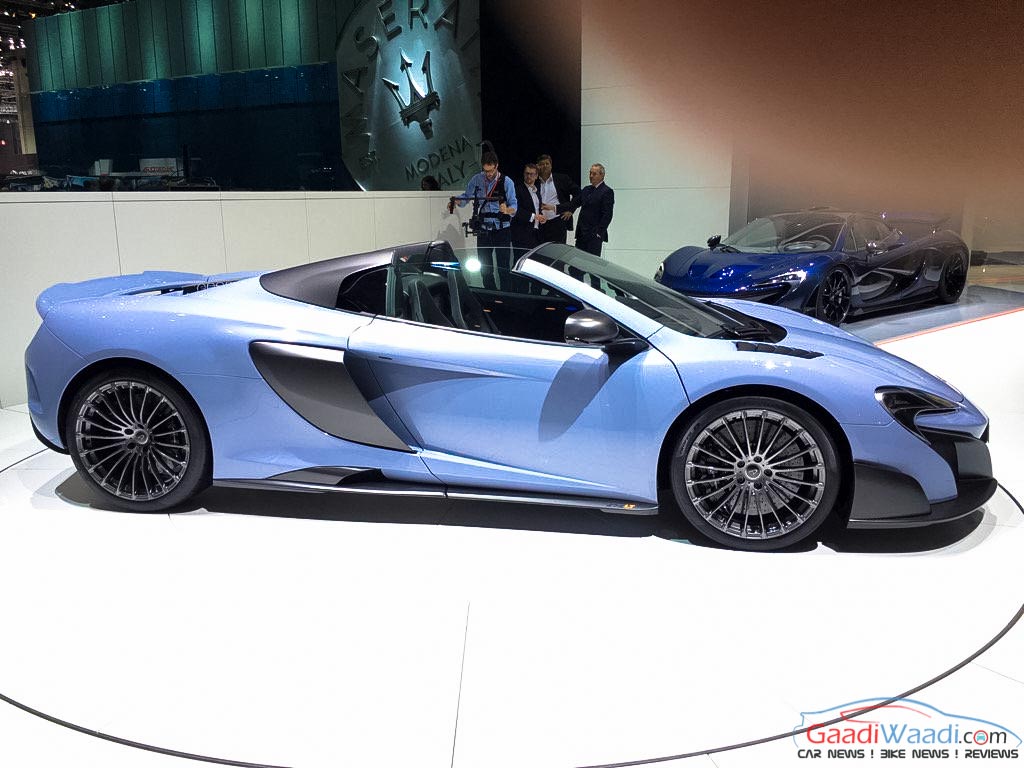 McLaren 570 GT from the Sport Series range unveiled at the 2016 Geneva Motor Show; the most practical and easy-to-ride McLaren machine ever to be rolled out

The Lamborghini Centenario may have stolen the spotlight at the 2016 Geneva Motor Show but here’s another star that could’ve easily gone unnoticed – the newest addition to the McLaren’s Sports Series range – the 570 GT. The band of sports cars McLaren develop are nothing but to deliver hardcore performance, meticulous styling and attention to detail at the finest.

But the 570 GT begs to differ as it’s been endorsed as the most practical McLaren ever produced as it’s a Grand Tourer having a larger boostspace than a practical hatchback with more sensible everyday functionality. Sitting besides the 540C and 570S Coupe, it borrows the convex glass rear from the mind-boggling P1 hypercar. 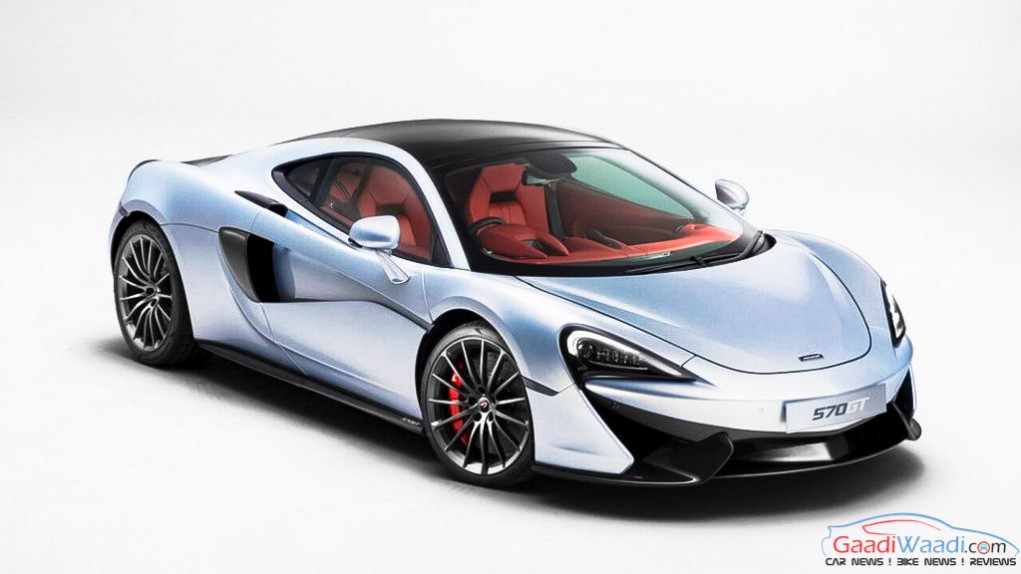 The flying buttresses from the Coupe have been replaced and beneath the single-hinged glass hatch 220 litres of trunk space can be accommodated. Moreover, the nose area allows for additional 150-litres of space as well. It has a quirky rear spoiler which is 10mm taller compared to the rest of the SS range.

On the inside, the McLaren 570 GT features electrically adjustable heated seats, panaromic glass roof as standard and full-leather upholstery. The now-refined exhaust system has been quietened while changes were done to the cabin to reduce noise and offer a relaxed driving experience. Around three decibels of noise decreased because of the unique Pirelli tyres containing sound insulation foam. 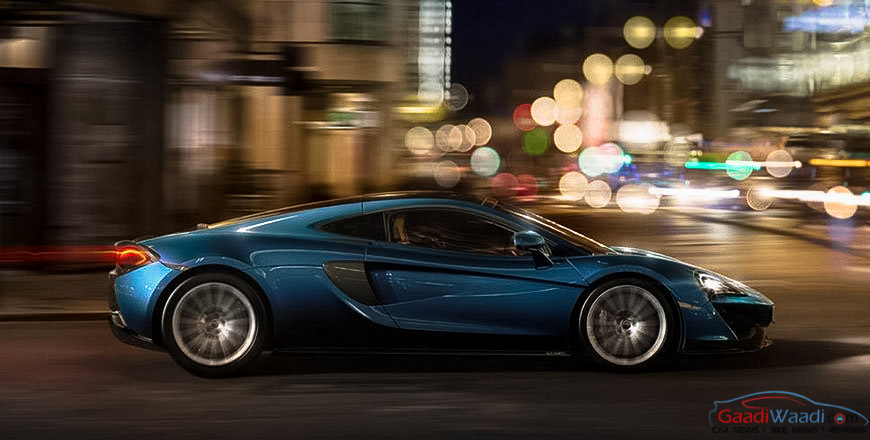 The McLaren 570 GT gets powered by the 3.8-litre twin turbocharged V8 engine capable of generating a maximum power output of 562 bhp and it comes mated with a seven-speed dual-clutch automatic transmission. The powerplant and the gearbox have changed compared to the Coupe version as the changes to the glass rear meant it weighs 37 kg more than its bigger brother. 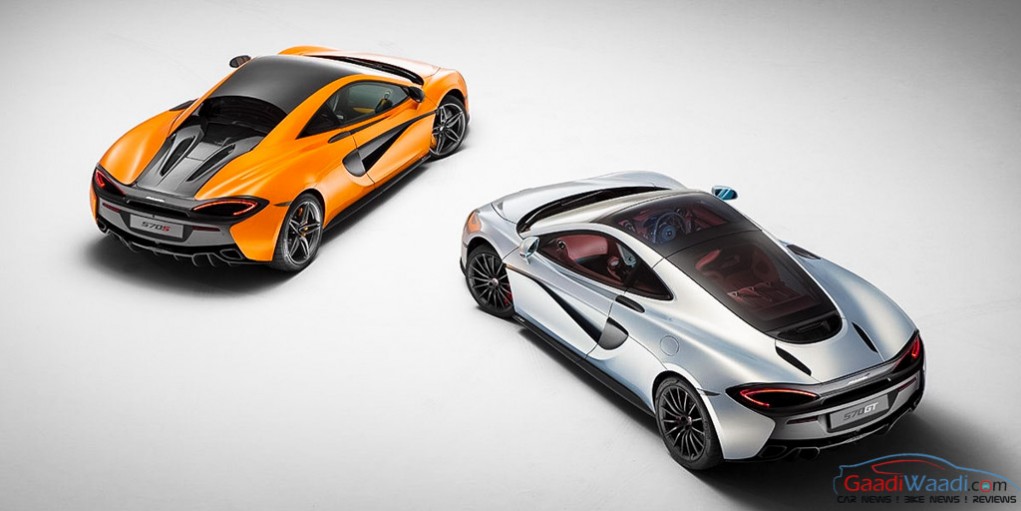 The added weight reflects on the performance as the McLaren 570 GT can accelerate from standstill to 100 kmph in 3.4 seconds – two tenths slower than the Coupe version. For a comfy ride, the dampers have been softened by 15 per cent up front and 10 per cent at the rear. The stopping power is managed by steel disc brakes unlike carbon ceramics of its siblings.

The McLaren 570 GT’s deliveries are scheduled to begin towards the end of 2016 and the British manufacturer says around 400-500 examples will be sold this year. The range-topping Sports Series Grand Tourer will be available in the UK for a starting price tag of £154,000 (over one crore and 13 lakh rupees as per today’s exchange rate). 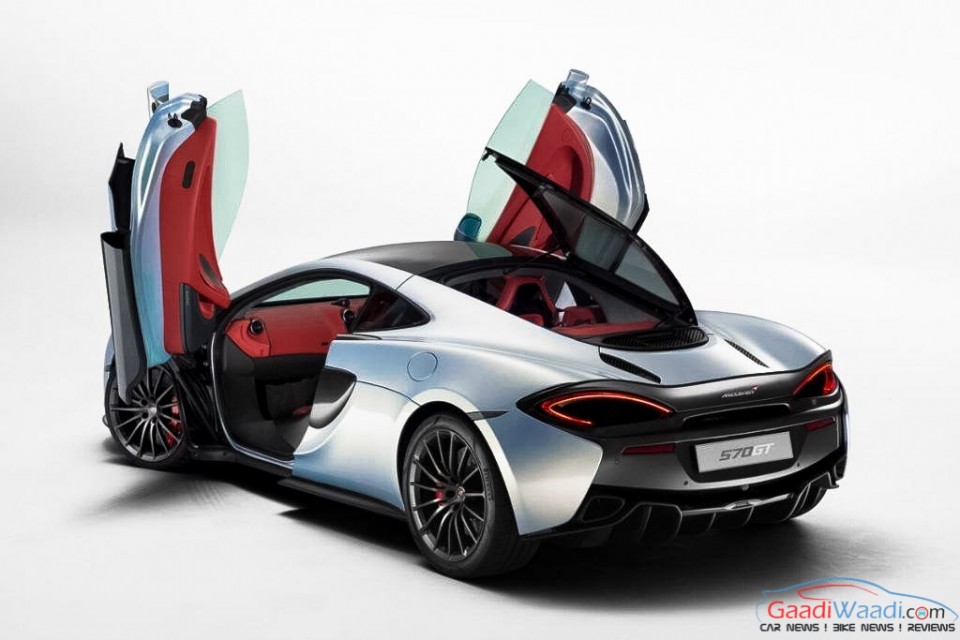