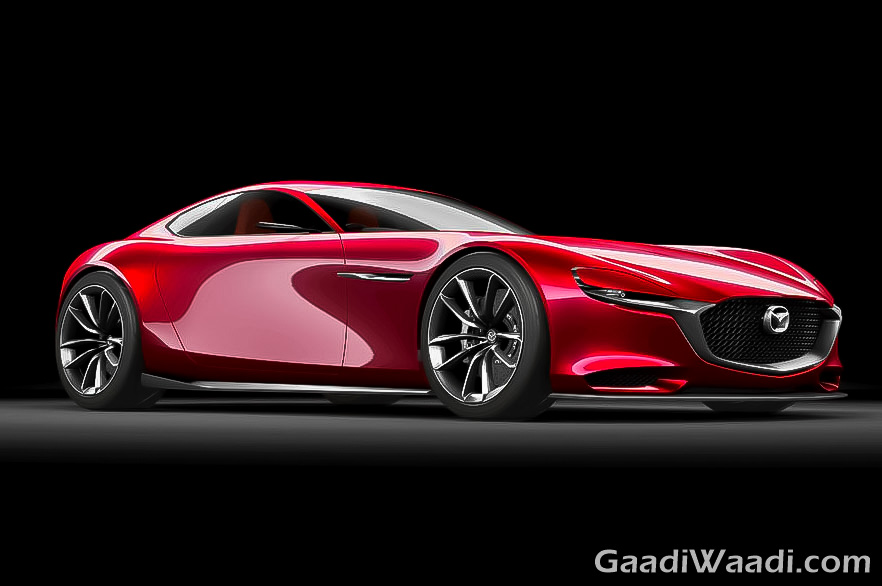 The Japanese car manufacturer’s visually stunning RX-Vision concept hints at the production version of front-engined, rear wheel drive RX-7 of its sports car range that could possibly hit the ground running in 2017, marking a half century since the introduction of the ground-breaking rotary powered sports car from Mazda.

Represented as ‘Mazda’s vision for the ultimate in front-engine, rear-wheel drive sports car styling’, the heart of the RX-Vision two door coupe concept is an all-new SkyActiv-R rotary engine that vows to eliminate some of the shortcomings of its predecessor and enhance fuel economy, reliability and emission.

The very propositions in which the Wankel rotary power units left the scene much to everyone’s remorse when the RX-8 was stopped from production in 2012 as fingers were pointed at the inability to meet the stringent demands of emissions regulations and fuel economy targets, with the distinctive engine despite the company continued to invest more on its development. 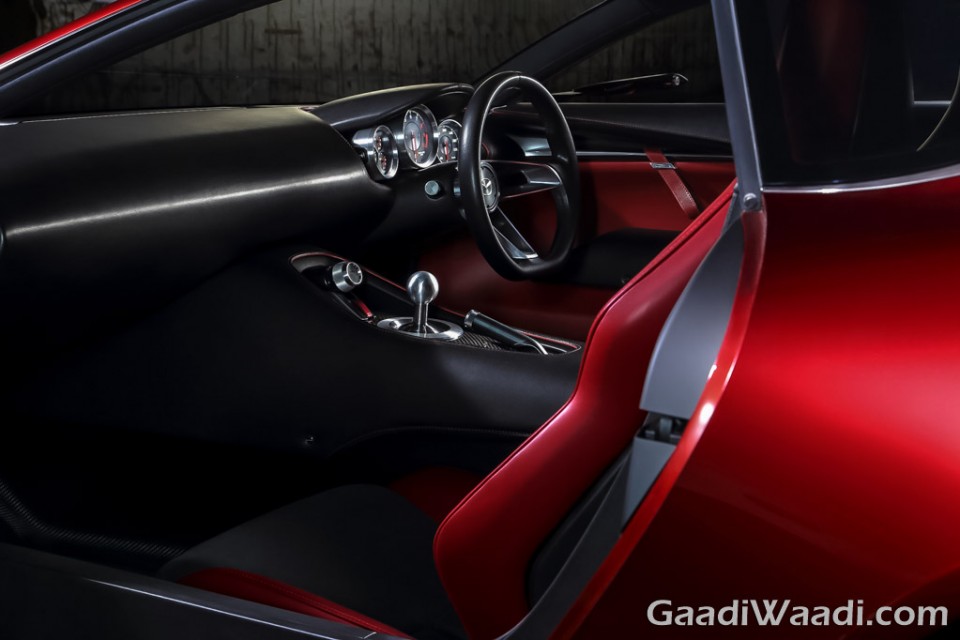 With the specifications of the underpinnings yet to be known, the RX-Vision concept sits on a unique SkyActiv rear-wheel drive platform targeting Porsche Cayman in terms of raw performance. The dimensions are, however, can be compared to Jaguar’s F-Type sports car with length at 4.38m by 1.92m width, 1.16m height and a wheelbase of 2.7m.

With the uncluttered yet elegant interior, the concept has resemblances to some of the iconic Mazdas from the past let alone the alluring hoodline which the manufacturer underlines that, it could only be possible thanks to the SkyActiv-R rotary engine’s intrinsic architecture. 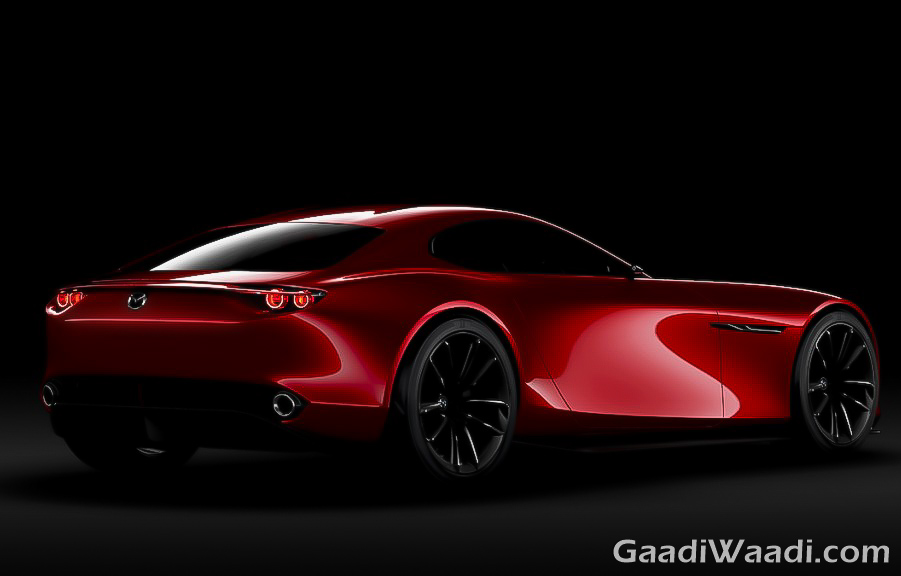 Inspired by Mazda’s ‘Kodo – Soul of motion’ design language, the low-slung concept has an eye-watering stance particularly with the absence of character lines depicting the legendary auto maker’s serious intentions to comeback at the fore of sports car folklore very soon, with the iconic modern derivative of the rotary engine and could target the market place currently dominated by Ford Mustang and Chevrolet Camaro.