Mazda took the stage of Tokyo Motor Show to display its Kai concept that previews the next generation Mazda3 hatchback. The concept model looks absolutely attractive with its shooting brake design. As the brand calls, this concept model reflects more mature expression compared to the Mazda3 hatchback’s current design. As it appears, the carmaker has focused on making the car more beautiful and aerodynamically much more efficient than the present model.

The Mazda Kai concept carries the brand’s signature black large front grille flanked by sharp and sleek headlamps with LED lamps and integrated LED daytime running lights. There is a black front splitter at the bottom of the crafted looking bumper. The hood comes with smoother appearance. 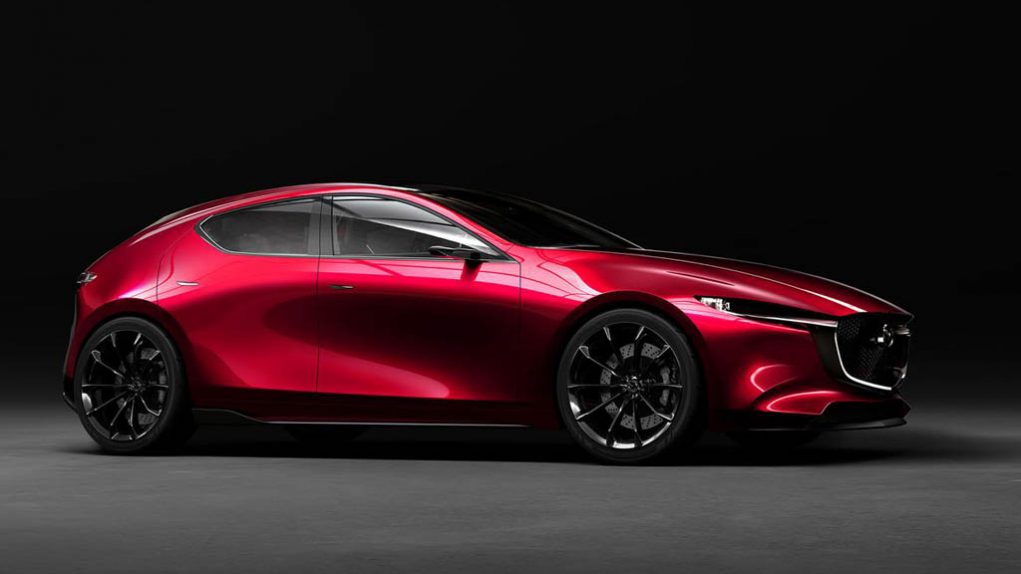 Moving to the side profile of the concept, the sharp creases available in the present model have been replaced with smoother and flowing lines that help in enhancing aerodynamic efficiency. This is something German luxury carmaker Mercedes-Benz has adopted in its latest design language.

The long hood and far back sitting cabin, the car appears to be fast running even when it is not moving. The door handles come as sleek and they are embedded in the body, while the ORVMs come very sleek. However, the production model is likely to come wearing a more conventional appearance. Rear profile features quad round shaped LED taillights, a black roof spoiler and a black diffuser as well with twin round tipped exhausts enhancing the sportiness. 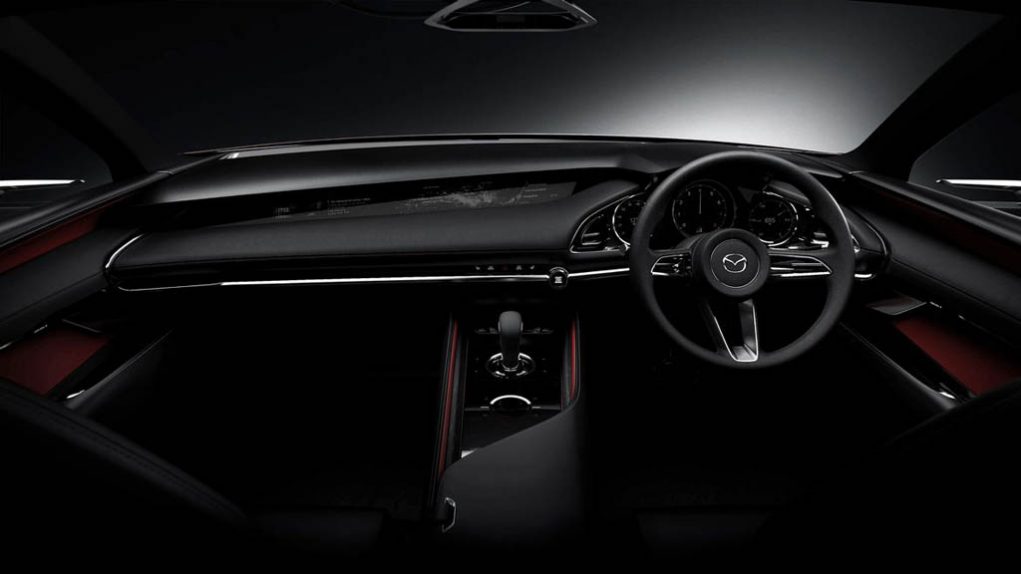 Interior of the car blends retro charm with modern design and advanced techs. The twin longitudinal glass pieces on the roof give it an airy feeling inside the cabin. The round dials at instrument cluster come similar as the current model. Apart from that, there is a wide digital display embedded in the dashboard showing various informations. A black theme along with red trims enhances the sportiness.

On the powertrain front, the Kai concept gets Mazda’s Skyactive-X petrol engine. It uses the compression-ignition technology that is similar to a diesel motor. Expect this engine to deliver better fuel efficiency compared to the current model. Also, it would generate more power and torque output.