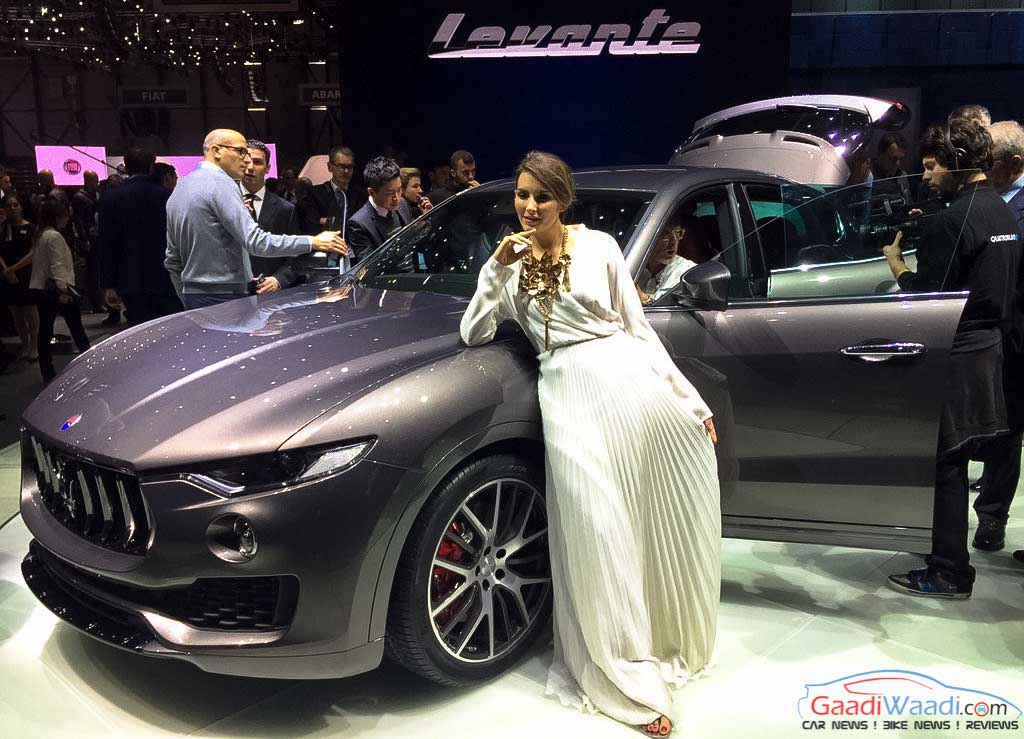 Maserati’s first Sports Utility Vehicle Levante might be the game changer for the Italian luxury automaker as it targets volume sales. First showcased in the Kubang concept form five years ago, this car has been the talk of the town, and at the Geneva Motor Show 2016 it is taking the centre stage. If you take a close look at the Maserati Levante SUV, you might find it an angry looking car.

The Maserati Levante surely takes design cues from Kubang concept and Ghibli as well. It is based on the Ghibli and Quattroporte platform. The front fascia sports signature Maserati grille with the trident face logo at the centre position, sleek headlamps, large air intakes connected by a sleek cutout and twin fog lamps sitting just below the headlamps. 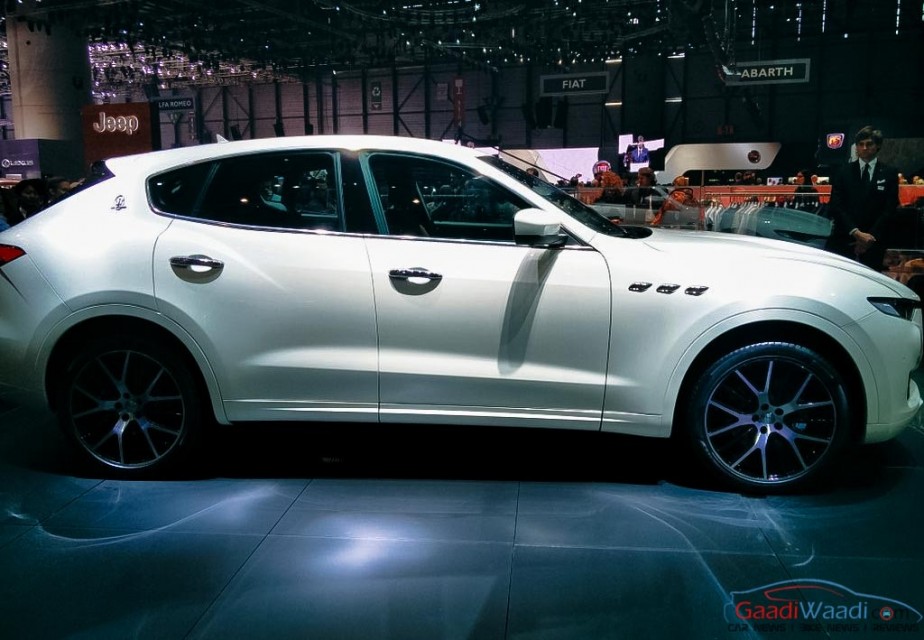 Overall, the entire front facade looks aggressive. The side profile boasts a muscular appearance. The triple air vents just above the front fender, subtle character lines make the car stylish; while the beefy and bulging rear fenders add to the muscular appearance to the car. The rear looks sleek, with the sharp contoured taillamps, roof spoiler atop the rear window with high mounted stop lamps and dual twin exhaust vents.

The interior of the car will sport design cues from both the Maserati Ghibli and Quattroporte. In that case the large touchscreen infotainment system at the centre console will be the highlight of the cabin with a dual tone colour scheme. 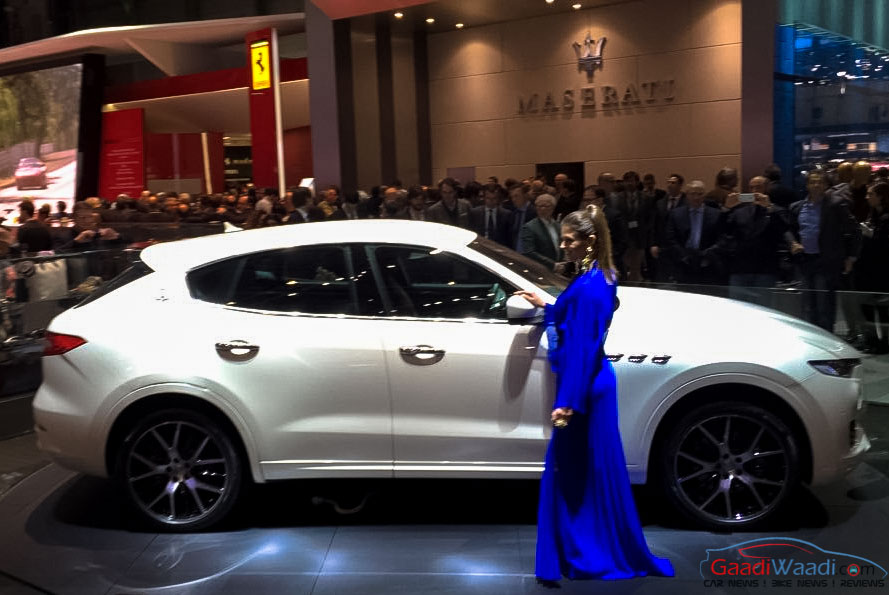 Talking about the powertrain, Maserati Levante would get four different engine options. The base variant might sport a 3.0 litre V6 twin turbo engine which will churn out 404 hp peak power, while the top variant will get a 3.8 litre V8 under the hood, which is capable to churn out 523 hp peak power.

In between these two variants there will be a 3.0 litre V6 engine which will produce around 266 hp peak power, and lastly the fourth variant might be the first ever hybrid from Maserati. It would be a petrol-electric combination. Maserati has started the production of Levante on Monday at FCA’s Mirafiori plant in Turin, and the car will be available in the European showrooms this spring. The rest of the world will see the car in showrooms later this year or in the early parts of 2017.