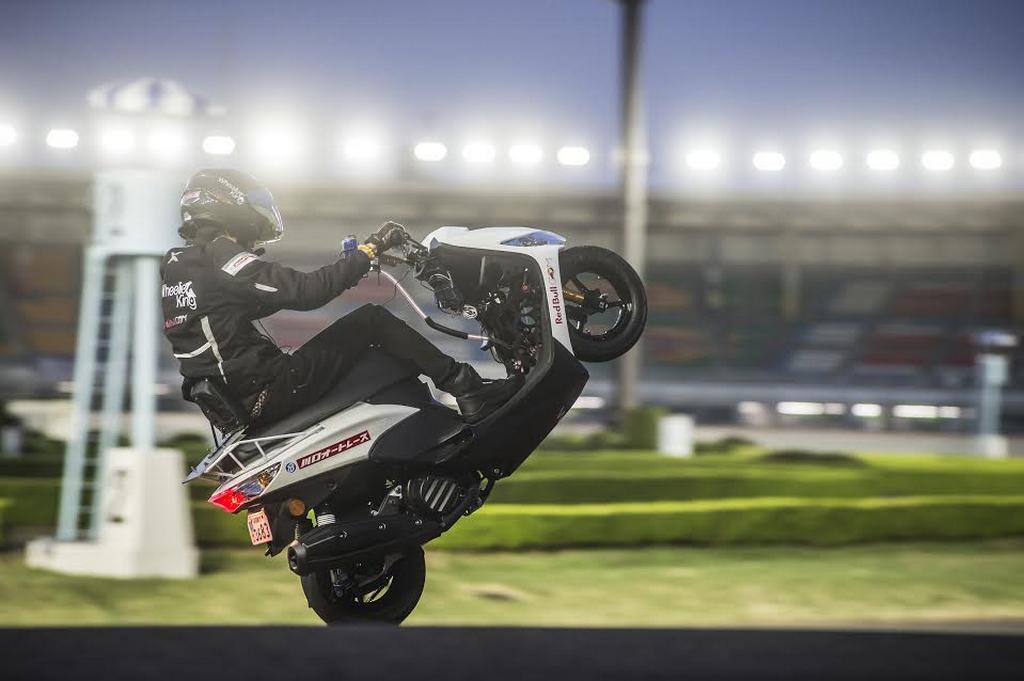 Japanese rider Masaru Abe has amazed a new world record for a continuous wheelie after spending over 13 hours on his Yamaha Jog scooter. The remarkable record attempt was held at the Kawaguchi Auto Race facility in Saitama, Japan. The ‘wheelie king’ Abe did not stop even once while setting the astonishing mark of 500.5322 kilometers.

Because of this, he has shattered the record by motorcycle trials rider Yasuyuki Kudo who clocked a distance of 331.0195 km way back in 1991. However, Masaru Abe fell short of his own personal target of 600 km running on a single wheel. 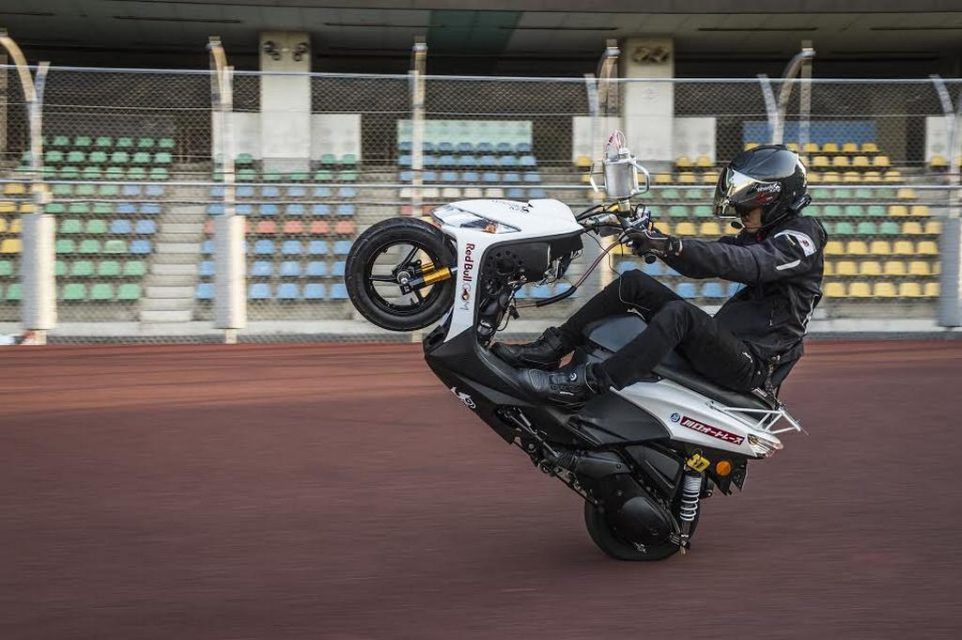 Putting the astonishing record mastered by Abe into perspective, the daredevil tricks rider was able to keep his front wheel up in the air for the same distance covered from London to Cologne or from New York to Pittsburgh in the US.

Arriving for his attempt wearing flip-flops shortly after the sunrise, he looked more like part of the location staff than the athlete. Jokes aside, for the continuous wheelie record, bike shop owner and prop man Mr. Ishii played the role of mechanic and director. 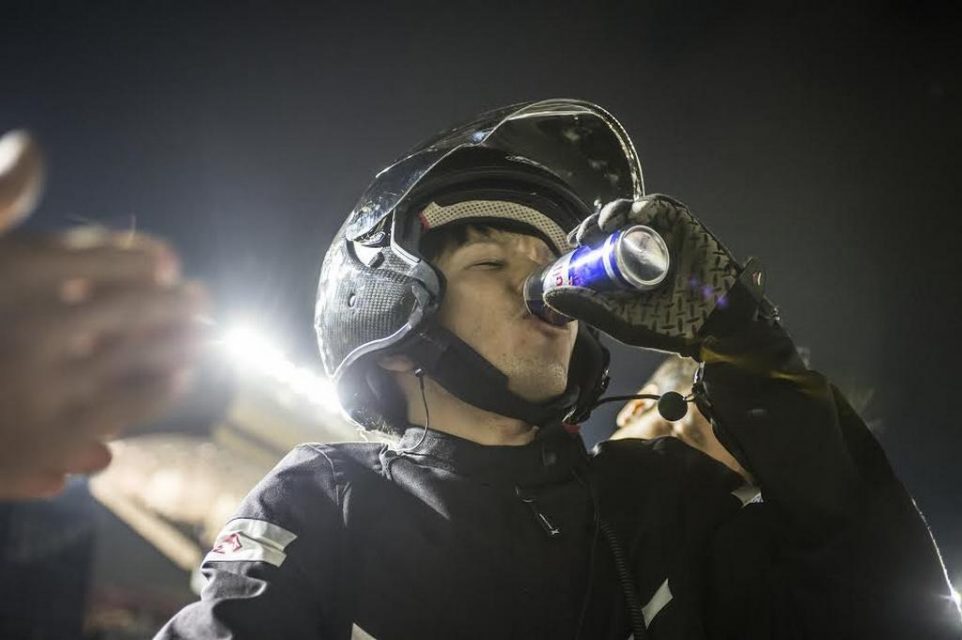 After bowing to the Japanese national flag at 7:09am on an oval-shaped track, Abe maintained a speed of 40 kmph through excellent body balance and throttle work as 39.2 km distance was achieved after the first hour. An hour later, Abe experienced lower back pain and had to down painkillers he had earmarked for six hours later with Ishii providing support throughout the entire exercise.

With half a day in, Abe cried out in pain and shouted, but he did not give up. As the pain became too much to bear, Abe brought the front wheel down and earned more than the name “Wheelie King”.